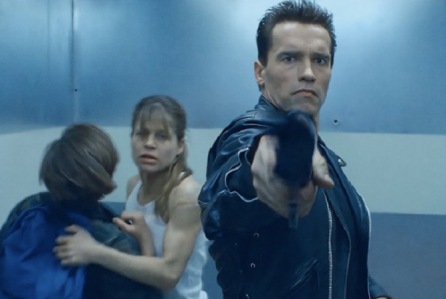 When he spoke at SXSW in March, Arnold Schwarzenegger said he was going to be back…on the set of the next Terminator. Today, as reported by Deadline, he posted a photo of himself with Terminator scars alongside the film’s fellow adversary/ally Sarah Connor aka Linda Hamilton on Instagram.

“Happy birthday to my dear friend Linda Hamilton. One of my favorite co-stars, a true badass, and a wonderful human being. I’m pumped to be back together again,” Schwarzenegger wrote in his post which you can see below.

Schwarzenegger mentioned at SXSW that the Terminator reboot directed by Tim Miller was shooting in Spain and joked that the production had to write President Donald Trump in the script: “The T800 travels back to 2019 to get Trump out of prison!” 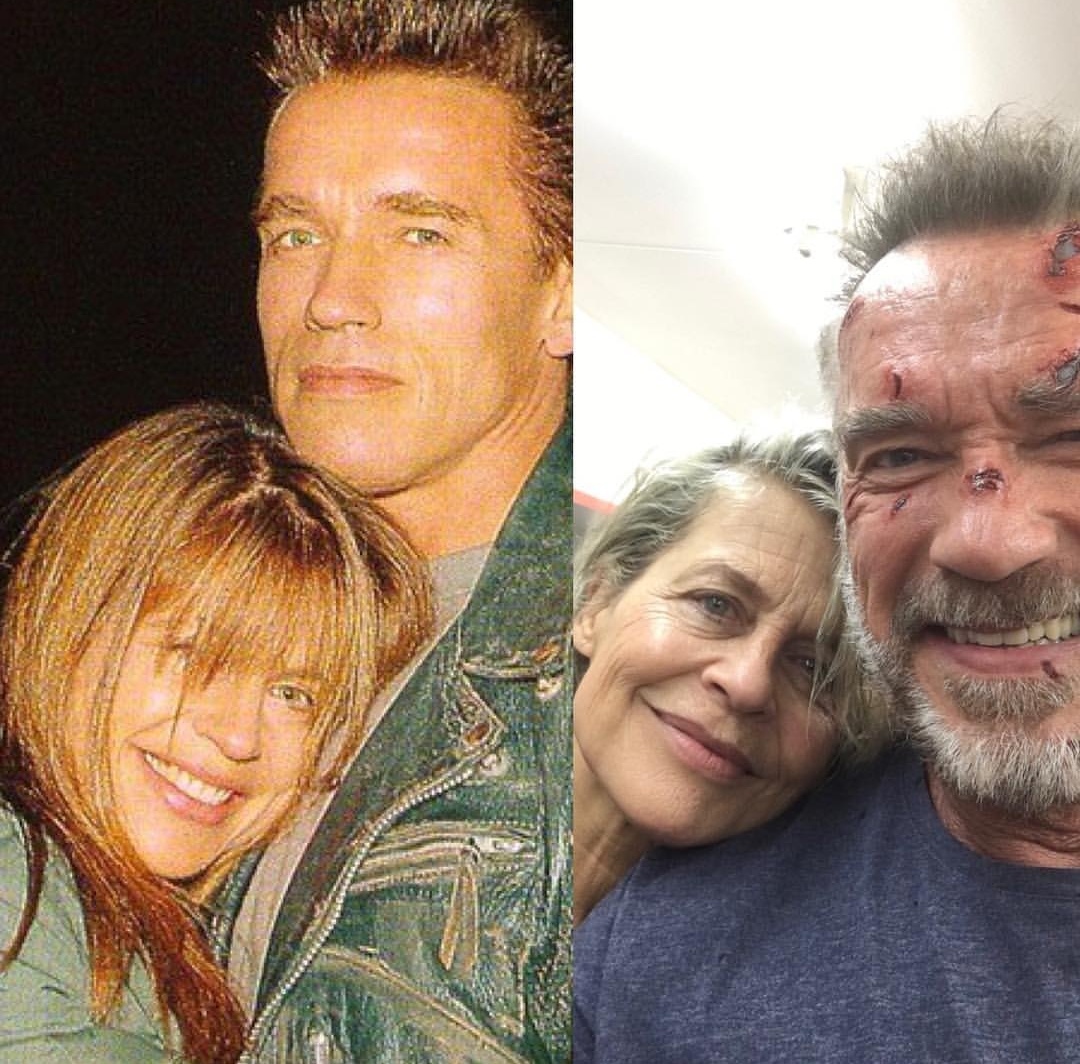 The Skydance/Paramount reboot, produced by James Cameron and David Ellison, will hit theaters on Nov. 15, 2019.