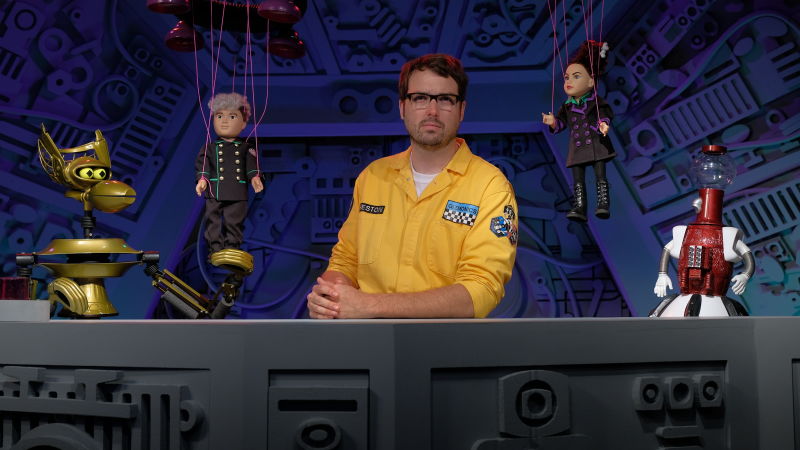 Turkey Day has always been special among the Mystery Science Theater 3000 crowd. It’s a stuffed, happy day filled with back to back episodes of MST3K. The tradition is long-old at this point. Back in the day, the show would air all day marathon style on The Comedy Channel/Comedy Central.

But last year, MST3K fans were given a different sort of treat. It was the day that Netflix confirmed that the big daddy of riffing show had been renewed for a twelfth season. And now, streaming platform has done it again: The A.V. Club reports that new episodes of MST3K will arrive on Netflix this Thanksgiving—Thursday, November 22—marking the show’s third decade of riffing.

“Thirty years ago on Thanksgiving Day 1988 is when we premiered Mystery Science Theater 3000 in the Minneapolis market,” said creator, original host, and executive producer Joel Hodgson. “We were competing with 60 Minutes for the same time slot, and I think history has shown which is the better show.”

All five cast members from Season Eleven, which debuted new host Jonah Ray as the experiment test subject, Felicia Day as Kinga Forrester, and Patton Oswalt as Son of TV’s Frank are confirmed to return for season 12.

“I think the movies are even worse than last season, but I know the show is better,” Hodgson said. “I could be mixing those two up.” Day straightened things out: “The movies are deliciously bad and I get to torture my cast mates in new and innovative ways. I love my job!”

And Joel, if you’re reading this, we really, really love you too.