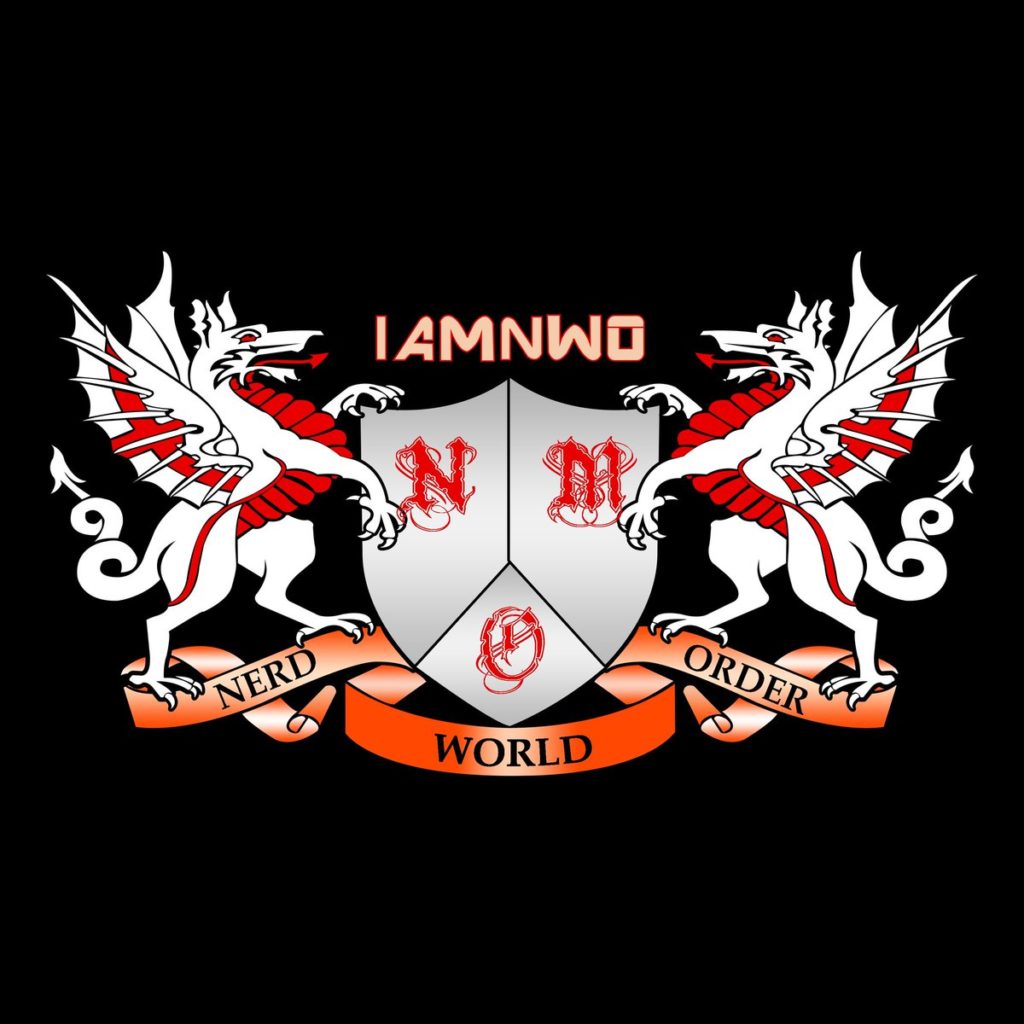 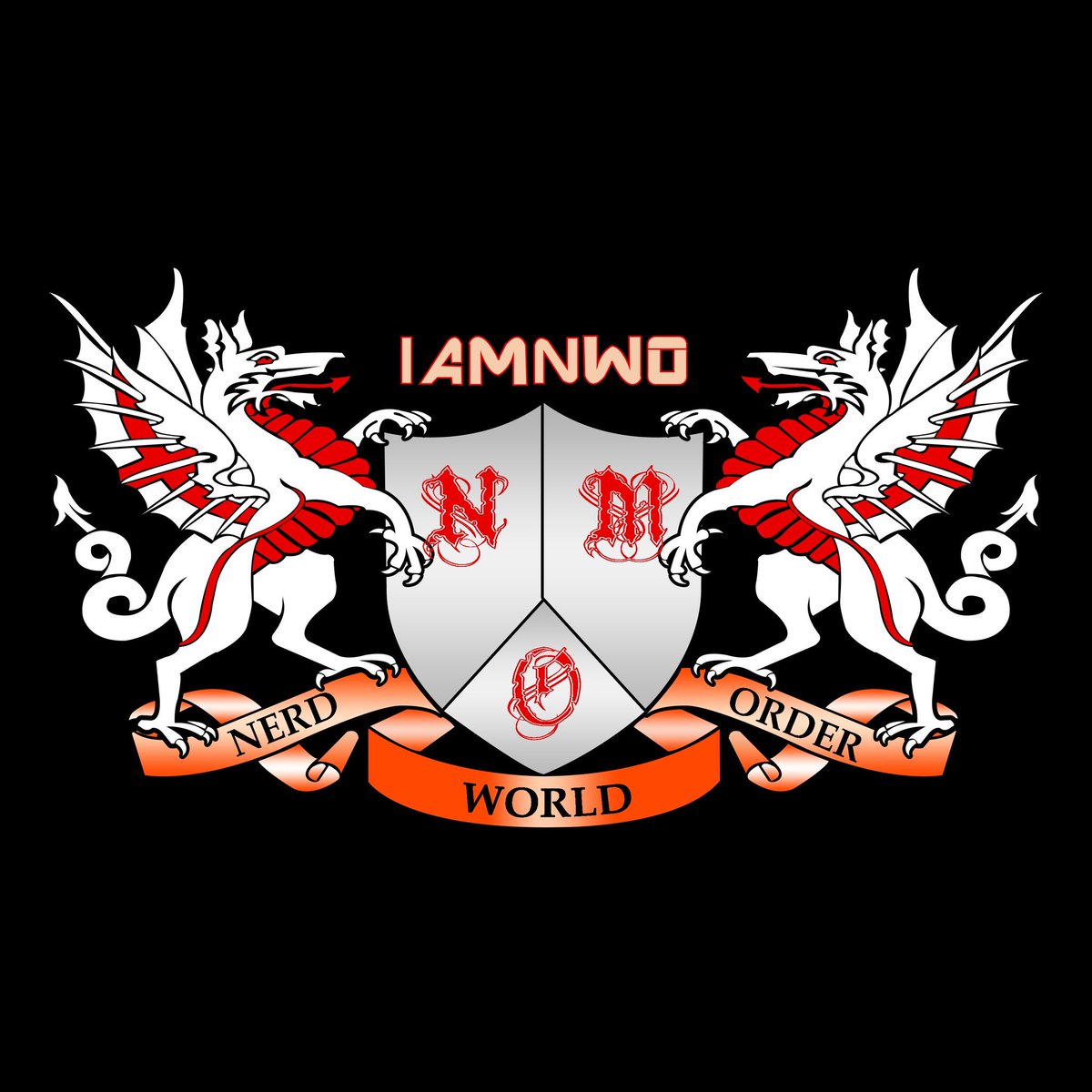 At this year’s Nerdbot-Con, I had the pleasure of getting to interview Allen Dukes of Nerd World Order. NWO is not only an apparel line, specializing in nerdy designs based off of nostalgic bands and movies, but an entire community dedicated to creating a fun, exciting, and inclusive safe space where we nerds can geek out together, read fun articles and nerdy news together, and talk about the fun fandom delights that get our blood pumping! 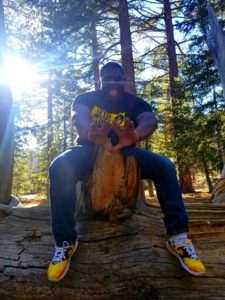 I’m talking to Allen Dukes of Nerd World Order Apparel! Allen, can you tell us a little about your company?

Nerd World Order Apparel is primarily a community. The idea behind the community is that nerds feel, number one, proud of being nerds and number two, that being a nerd is all inclusive. Because when I was a nerd growing up, it was sort of like nerds and geeks were ostracized. And now, nerds are cool. But it seems like nerds want to split up into different groups. Like “I’m a geek, not a nerd, I’m a nerd, not a geek, I like Star Wars, I like Star Trek, I like Marvel, I like DC.”

When did you start the company and how long have you been selling your merchandise?

We started the company about three years ago and we’ve been selling the merchandise for two years now. We initially launched a pre-design shirt back three years ago, but it was only in extra-large. Obviously, that didn’t go over well having just one size for everybody. And what we launched after that two years ago were the nerdy band designs and movie designs and things of that nature. Because one of the things for me, is that I’m all about nostalgia. I look at the bands I enjoyed listening to or the movies I liked watching as being part of nerd culture. I wanted people to look at nerd culture, look at the fonts from the movies and bands of the time and sort of link that all together.

I want to know a little more about your Nerd World Order Facebook group which at this point has over 16,000 NWO members. You definitely have a lot of people in there! How do you feel that you successfully built such a strong online presence?

It really is all about making people feel safe. The rules that we have state no racism, no homophobia, no sexism, being all inclusive, and accepting everyone. It makes everyone feel like they’re in a safe zone, which makes it a place where they want to be, and they invite their friends. So, the cool thing about NWO is that it started off with me and a few of my friends and then people started added people. Our admins were added by their family, and they added their family. And it really does feel like a family! When your members feel safe, they want to just keep bringing in more people and it builds.

Was the Facebook group created to supplement the clothing and apparel, or the other way around?

The Facebook group was created to supplement the apparel. But it’s funny because a few people kept telling me, “Hey, you know what? You’ve got this great idea. You believe in a Nerd Community But you know what you lack? An actual community where people can go and embrace your idea.” The best way to get people in any form of community is Facebook. The two just went together so well.

We as a community always try to be like a virtual village. So we recognize milestones in members lives like birthdays weddings and graduations. We want people to have a connection with community on more than just a meme and cool pics level. We have contests (with real N.W.O prize packs) to keep folks excited and engaged. The thing I’m probably most proud of that the community has achieved is we did a video game drive last December for a homeless shelter.

But the person that encouraged me most to start the community was my wife (LeAnn). In fact prior to meeting her I wasn’t aware of the potential Facebook had to build a community and make a real impact.

I just wanted to take a minute to thank you for letting me spam your group with articles and writing.

Of course! We love your articles, and I think your writing style is phenomenal. I think what you bring to the group is things we want to read about. So, thank you for putting them out there and please continue to do it!

I’m blushing! Is there any sort of writing or article or visual supplementation that you’d ideally like to see more of in the Nerd World Order Facebook community that would help solidify the image of your brand?

Really, the biggest thing for us article wise is just really getting the Nerd World Order logo out there and letting people know that we have this strong and active Facebook community. We actually have a strong Facebook community also in Kansas City. So when people in Kansas City look at the NWO logo, I want them to look at another person wearing the NWO logo and say “Okay, there’s another nerd and a person who holds my same interests and beliefs.” We have a really strong group in California, and if they see someone wearing the NWO logo, we want them to feel the same way.

Chance, one of our admins, is building an NWO branch out in Texas. We want people out there to look at the logo and feel the same way. So, is there an article per se? No…but an idea of what the community is about and what the logo represents? Yeah.

Do you have any ideal visions of what you want to do with the brand, and is there a Nerd World Order convention/expo/day event coming?

It’s so funny that you should ask that question. To answer it, me and my best friend Joe here who has been with me since Day One, we call ourselves Generation One of NWO. We call our kids Generation Two. And we call our parents, the ones who inspired us to be excited about this (like my Dad and I would watch Star Trek on Saturday and Joe’s dad would watch Anime with us), we call them Generation Zero. That’s where it started off, that’s where the nerd culture started. So the thing for me is I hope that my kids, his kids, everybody’s kids ten or twenty years from now, they still believe in the NWO concept as much as I do and as much as we do.

Now, to answer your question regarding a convention or something of that nature, there’s so many people in the NWO that are talented. The merchandise that we have created here today is actually from NWO members. Like Andrew Bergstrom, who is one of the members, hit me up and said “I can make keychains and I want to contribute to the group.” He made some and he mailed them to me. The stickers we have were also created by someone in NWO. There so many talented people in NWO– there are rappers, there are DJs, there are artisans. I could see a convention or expo of some kind happening.

Before I let you go, do you have any final thoughts, projects, or appearances you want to discuss?

We’re working on a few new T-shirt designs. I am also heavily influenced by music and we’re currently working on a limited edition Beastie Boys/Eminem Kamikaze design and it’s going to be really cool. It’s going to be a pre-order item and should be available in the next two to three weeks, so look forward to that. You can also check out my movie reviews on Facebook and the N.W.O YouTube channel. And we have a podcast that will be premiering in October. 5. You can find us on all social media by searching #iamnwo.