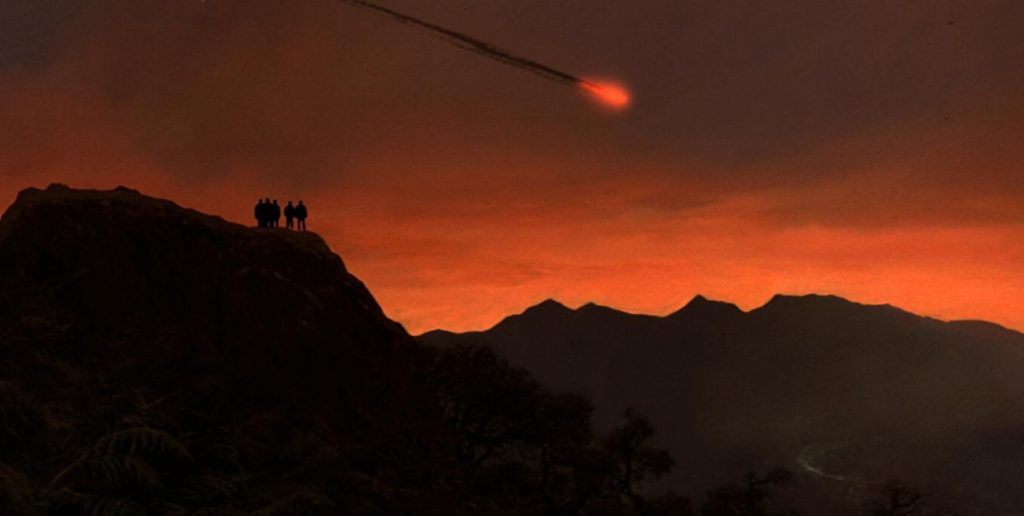 How to Save The Star Trek Franchise

Remember when Star Trek was the most popular thing on the planet? Do you remember a time when everyone was talking about it just like they do Game of Thrones or Star Wars? Remember when every single kid on the block was dressed in bald caps for Halloween, either to be Captain Picard, a Borg, or both?

Don’t you remember it like that? Neither do I. I don’t think it was ever like that.

Even when Star Trek found new popularity with movies that finally were able to appeal to a broader audience like The Wrath of Khan, Star Trek was never about the vast majority of people liking it. When Star Trek really hit its stride after the first couple of seasons of The Next Generation, there still wasn’t a swarm of people dying to talk about it at work. Kids who liked it were made fun of at school, hiding their Star Trek magazines deep in their backpacks, regretful they ever brought it on their eighth grade DC trip in the first place. Not speaking personally, of course.

This is because, at one time, Star Trek wasn’t about firing torpedoes at every problem that came in front the Enterprise. The people who loved Star Trek, and made it popular enough to keep going, didn’t tune in to see phasers pew pew and Romulan ships get torn apart in space. They tuned in because there was some in-depth philosophical examination of what it means to be human and the hope of where our species might be going. That isn’t exactly going to bring the largest audience, and if the metric of success is only how many people are watching, the way Star Trek told stories has changed.

Flash forward to today. Star Trek has seen a revival of sorts. Three revamped movies have been made with varying degrees of success but were mostly well received. I vividly remember a very not Star Trek obsessed friend saying the first J.J. Abrams reboot was one of his favorite movies from that year. Not a small thing from such a movie lover and I was happy to see him enjoy something from that universe I had loved since elementary school.

Something is off though. The new movies, the new show, Star Trek: Discovery, all have something missing, and it’s hard to pinpoint.

To find that something I look at the first Abrams reboot. Star Trek had all the right pieces in place. There was a cast that seemed to capture the essence of the original crew perfectly. The special effects were fantastic and damn exciting to see in the Star Trek universe. The story was simple yet had a layer of complexity about connecting the future and past, rewriting the timeline to allow for the future installments to do whatever the hell they wanted. Even Leonard Nimoy joins the cast bringing wisdom to the movie that seems almost palpable.

The characters aren’t all that deep, the stakes easily overcome (even with Vulcan getting obliterated), and ultimately the situation is resolved by pew pewing it away. I mean, there are some cool little tactics in there the crew comes up with to make it happen and its all done very well for what it is.

As Captain Kirk would say: it was…fun.

That’s all it is. It appeals to the masses, and really there isn’t anything wrong with that. I enjoyed the movie, and I’m sure there are multiple more viewings in my future. Hell, I’m one of the few that, yes I admit, even enjoyed Star Trek: Into Darkness.

When I came home, and the times I have rewatched it, I don’t have any themes haunt me. If a movie really hits me somewhere deep, I tend to think about it for days, replaying quotes in my head, driving myself nuts, marveling at how the writing and acting came together to put this theme, this message, into my head. Yeah, that didn’t happen with any of the new Star Trek stuff.

Let’s look at a different recent science fiction movie, Blade Runner: 2049. I still can’t stop thinking about this movie. The various elements it played with take my daydreaming captive. There are themes of choice, race, our place in society, and an examination of what it means to be human. It was not much of a box office success, and the people that I speak with that didn’t like it, even ones that like the original, usually end up saying it was too slow. (I don’t know why then they wouldn’t think the original was even slower, but that’s a different article entirely).

Funny though, I remember a few scenes of action and Ryan Gosling cracking people over his knee before wrecking three more in a row with his hand cannon. Phrasing, I think. True though, there aren’t space battles or huge firefights or buildings exploding. The action is short and spread out, and the pacing is purposefully slower. That doesn’t mean it’s bad, it may not be your cup of tea but it sure ain’t bad. Quite the opposite.

Looking back to The Next Generation, some of the best episodes are technically slow as hell. It’s dialogue driven, the cast is led by the incredible acting of Patrick Stewart, and the writing team had to make deeper characters with an examination of humanity at its core because the budget simply didn’t allow for all the space pew pew.

One of, if not the best, episode, The Drumhead, has all the pacing of a standard Law and Order episode that decided just to show you the courtroom part. In fact, there really isn’t a need to show space at all. Literally, no story element whatsoever in the episode needs to see the Enterprise in space. Yet, the episode has some of the best-written lines in the entire show. It examines the nature of society captured by fear that finds scapegoats to problems that actually don’t even exist. The plot revolves around the mystery of who sabotaged the engines of the Enterprise only to realize that it was a mere accident. Yet fear runs so rampantly by then, and the accusers so stubborn in their quest to be right, that the trials continue and finger pointing leads to ruined careers. Thank God none of that kind of thing exists in today’s society, eh?

That episode is just a couple years shy of thirty years old, and it still holds a haunting impact. In thirty years, the new movies will still be fun, but I won’t be soul searching on my rewatches. That’s the difference we have now. Star Trek is supposed to be about the hopeful future where we handle societies problems with maturity and some semblance of sense while the story reveals the work that we need to do to get there as a current culture. It’s about making an audience think.

It’s not about finding overwhelming popularity, and that’s a problem for producers who think money first and meaning second. Star Trek needs a new start, a show that will bring the episodic examination of who we are back into the norm.

Here’s hoping that the Picard series and the return of Patrick Stewart will be just what the franchise needs to remember what made it something special.