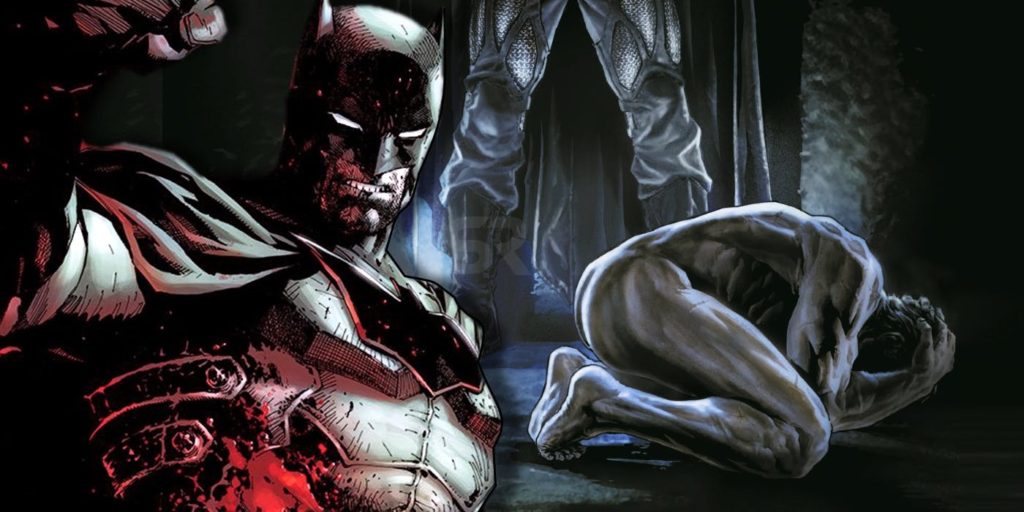 The Guardian reports that DC Comics has withdrawn a page of a new comic that showed Batman’s genitals for the first time, leaving fans scrambling to get hold of existing issues featuring what has rapidly become known as the “batawang”.

You get the idea.

Published this week, Batman: Damned – part of a new, “edgy and provocative” line from DC – features Batman and the magician John Constantine hunting for a killer in Gotham City. The nude scene, drawn by Lee Bermejo, occurs as Batman removes the Batsuit for a body scan from his computer. The superhero’s genitals were visible in the print edition, but obscured by darkness in digital editions.

On Friday, DC confirmed to the Guardian that Batman’s genitals would no longer be depicted in any future editions of the comic. The Hollywood Reporter quotes a “source close to the project” as saying the studio had decided “the nudity did not add to the story and would be removed in future printings”, after an online furore.

Around 115,000 copies featuring the superhero’s “lil Wayne” still exist, according to the Hollywood Reporter, with fans fighting to get their hands on the uncensored comic. Big Bang Comics in Dublin announced a one-copy-per-customer limit due to “unprecedented demand”, while comic news website Bleeding Cool reports that Diamond Comics Distributors was listing the title on back-order, meaning no more copies with the offending page will be printed.

We at Nerdbot are high-fiving over the fact that we’ve already ordered our variant covers of Batman Damned.