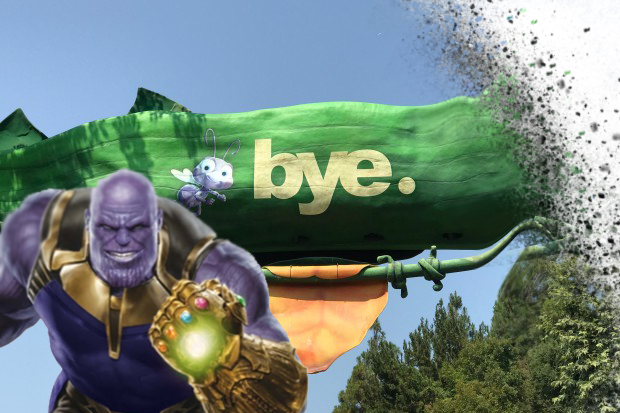 With the power of INTELLECTUAL PROPERTY, Disney ends the fate of Bug’s land with a squash of a boot like (SPLAT)!

Okay, while it’s not as dramatic as a snap of a finger, Disney is not even waiting till the corpse is cold before dancing on its body. Below are pictures, care of Walt Disney Today, showing that as of 24 hours removed from when Disney closed down A Bug’s Land, walls are already up covering what’s to come. 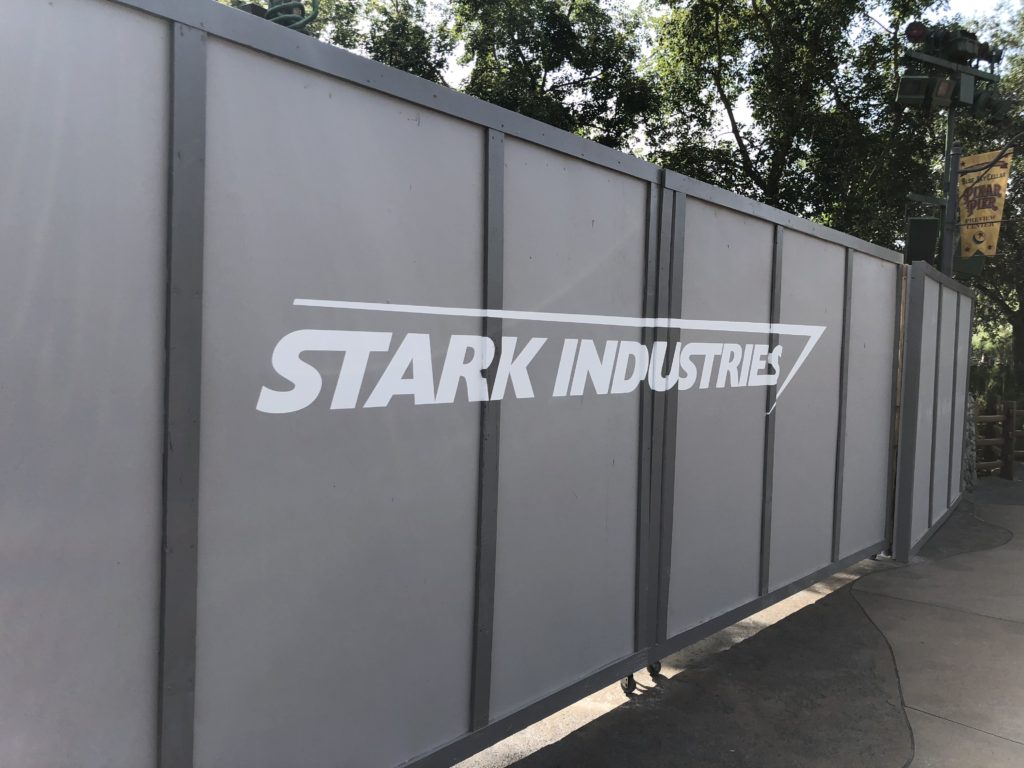 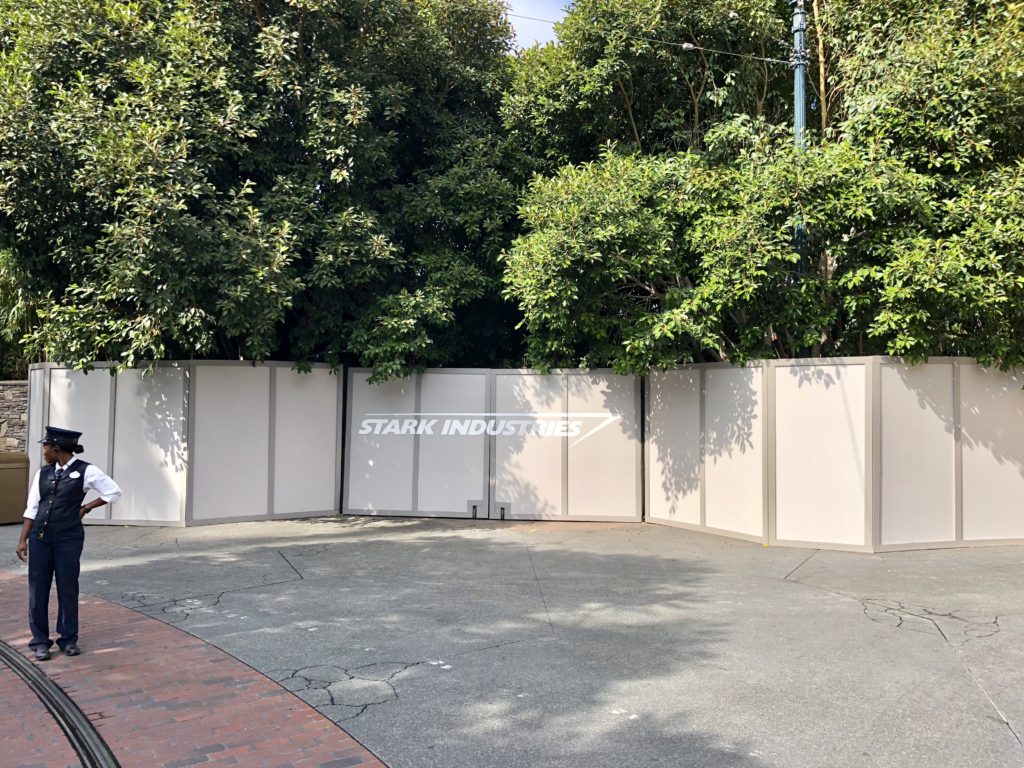 You’re seeing both the North & South entrance with the Stark Industries walls up, teasing the new land coming in 2020.

Why “Marvel Land” is not a cromulent name

You can’t even mention it without saying it, can you? Marvel land. Already it sounds better than some hot garbage name like Galaxy’s Edge or Pixar Pier, but let me tell you why it won’t (and legally can’t) be called that.

Because of the fine print in a 24-year-old licensing agreement signed by Marvel Entertainment which curtails certain Marvel names and characters Disney can use at its theme parks.

The agreement, signed in 1994 between Marvel and MCA Inc., the predecessor company of NBCUniversal, prevents Disney from using a few Marvel characters at Disney theme parks east of the Mississippi River and bans the Anaheim side from using the same character on the Orlando side. Confused yet? Good, cause I’m about to mess you up more.

Due to that agreement, which doesn’t apply to international parks, Disney is allowed to use the banned characters from the U.S., to be in other Disney parks worldwide. This also explains why Iron Man set up shop in Hong Kong by the way.

Long story short; no, it’s not gonna be called Marvel Land. It could, however, be called SUPERHERO LAND(ing).

This is an option due to Marvel owning the term “Superhero”, one word, which is why in advertising there’s a dash or the words are split into two, or else ya gotta pay the House of Ideas.

What is this, a land for ANTS?!

What and who will appear in the new land is still up in the air because of that damn agreement. So here’s a list of IP’s you WON’T be seeing in the new untitled land:

So… basically, anyone white and from America cannot be used. Ironic.
To save the day though is the Guardians of the Galaxy, Captain Marvel, and everyone’s favorite potato salad King, Black Panther.

Cause come on, who DOESN’T want to go to Wakanda come 2020. Wakanda forever!