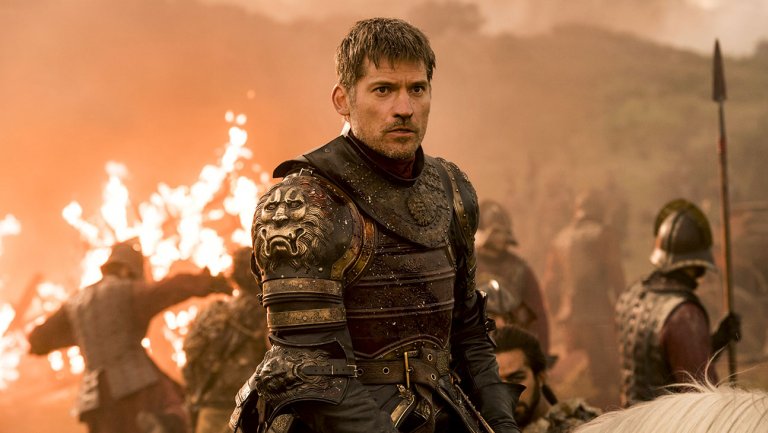 In an article from The Hollywood Reporter, an unusual contract dispute that teased the possibility of immigration fraud in Hollywood, Nikolaj Coster-Waldau has been ordered by an arbitrator to pay about $1.75 million plus nearly $225,000 in interest to his former manager, Jill Littman. The Danish actor known for playing Jaime Lannister on HBO’s Game of Thrones is resisting.

For about a decade, Littman and Impression Entertainment managed Coster-Waldau’s career. In a Sept. 18, 2015 email, Coster-Waldau terminated the relationship. “I am nothing but grateful for our many years working together and the success we shared,” the actor wrote Littman. “And the reason I have decided to leave Impression is not to go somewhere else but to basically take control myself. Game of Thrones is coming to an end now.”

For the seventh season of GoT, Coster-Waldau made $942,857 for each of the seven episodes of the epic drama. His compensation for the eighth season was bumped to $1,066,667 per episode. The actor also got $1.5 million as an advance on a share of the show’s profits plus he earned other bonuses — for example, $50,000 when the series’ actors earned a nomination for outstanding performance by an ensemble for the SAG Ensemble Awards and $10,000 for the use of his likeness for GoT trading cards. Plus, he had other work: An Apple commercial (he got paid $750,000), a L’Oreal advertisement ($230,000), an appearance at Comic Con ($75,000), and so forth.

When managing Coster-Waldau, Littman got 10 percent of his income, but the question arose as to whether she was due money for his work completed post-termination.

According to Coster-Waldau, the two operated under an oral agreement that provided no post-termination commissions.

But Littman came forward with a written agreement stating otherwise. This agreement dated from the time that her agency sponsored Coster-Waldau for a O-1 visa. As part of what needed to be given to U.S. immigration authorities, she delivered to the government a signed agreement between Impression and Coster-Waldau.

That’s how the issue of immigration comes up.

Coster-Waldau insisted the agreement was a “sham.” In support, he brought forward his agent, Brandon Liebman at William Morris Endeavor.

Liebman submitted a declaration that WME was once willing to sponsor the actor and use an agreement for the visa application that the agency wouldn’t consider “real.” The issue of whether this amounted to fraud on the government came up when a Los Angeles Superior Court judge was deciding whether the case had to be arbitrated. Ultimately, the case did get adjudicated before a tribunal at the American Arbitration Association.

In April, several days of hearings were held. Liebman was one of the witnesses who testified under oath.

“You are testifying that William Morris Endeavor would have participated in submitting a sham agreement to the United States Government to support Mr. Coster-Waldau’s 0-1 visa application?” asked Howard King, attorney for Littman.

Liebman responded, “What I was testifying to was, that we would never enforce the provisions of that agreement; they would really be… solely used in conjunction with getting the visa. Not in terms of trying to, you know, collect commissions for the term of the contract.”

The agent attempted to avoid terming the agreement submitted to authorities as a “sham.” Liebman also said he never read a commission agreement, and in fact, he didn’t give them to clients unless they needed one for a visa.

“So, basically, the way that we practice is, you know, when we have to use an agreement in order to get a client a visa, we would never, then, use that agreement to go after commissions that we weren’t rightfully entitled to,” said Liebman.

“Because it’s not a real agreement?” prodded King.

“No, because it’s unethical to go after commissions—”

Despite this eye-opening testimony, the arbitrator determined the written agreement was indeed real.On August 22, Henry Silberberg issued an interim award that determined that what was signed contained all of the indicia of being real. Silberg stated, “[I]f it looks like a duck, walks like a duck, quacks like a duck, it’s probably a duck. So this is a contract.”

Separately, Silberberg rejected a counterclaim for breach of fiduciary duty as well as a defense that the agreement should be voided because Littman allegedly had procured employment for her client without being a licensed agent. The latter decision was made after the arbitrator heard how Coster-Waldau got the role of Jaime Lannister and how WME had booked the actor’s work during Impression’s tenure.

The final award was issued on Tuesday and included administration fees and expenses that Coster-Waldau must pay.

According to King, Coster-Waldau refuses to abide.

“Although a Lannister always pays his debts, NCW has declined to honor the final ruling of the arbitrator and pay the compensation found to be due his former manager for all the successes she contributed to during her eight-year reign,” he says.

Coster-Waldau had no comment. He is represented by Michael Plonsker, who has appealed the award and requested a new trial at a Los Angeles Superior Court.

As for WME, which wasn’t a direct party to the proceedings, a spokesperson says it’s the agency’s policy not to enter into sham agreements. She explains that if a client leaves, the government will be informed and then it is up to the new talent agency to sponsor that client.

This ‘Fallout’ Nuka Dark Rum Is Now Available to Pre-Order