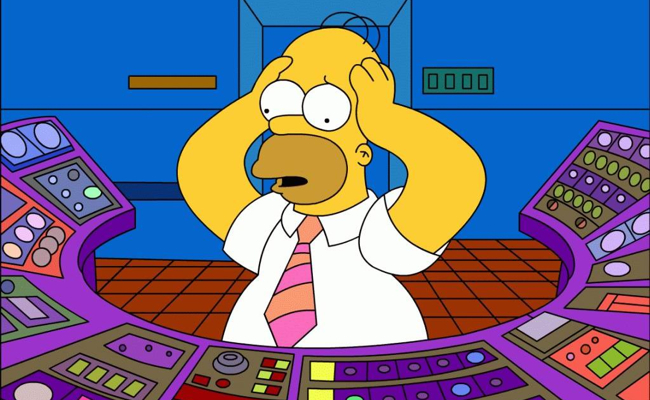 Loathing Your Job (Because TV Told You To)

Finding a job is one of the biggest milestones in losing the title of “kid” and becoming an actual adult. Its inevitable, and except for those lucky few with parents rich enough to sponge off for a few decade, it’s something we all suffer. Thinking back, I didn’t remember any cartoon having a job they loved and couldn’t wait to go to, unless it was for small

I didn’t grow up seeing my parents unhappy in their jobs. They were pretty ok with them, actually. So, what made me feel like whatever I did was wrong or that the job was beneath me?  It wasn’t until I rewatched an episode of the 80’s version of the Teenage Mutant Ninja Turtles that the reality hit me.

Have I hated all my jobs because I learned it from watching TV?

There are a plethora of messages embedded in the form of cartoons. Not surprising, it’s done all the time. But these being meant for kids make you wonder if you are set up to feel bad about working. It doesn’t get any better as you get older, the programming on the TV seems to keep with the theme of characters hating their job.

Homer Simpson is a button pusher for the local power plant. He does not like his job but he does it anyway. It seems that he copes with beer and food and tries to shut out anything else by becoming fixated on the TV. He needs time to decompress from the job he hates.

Mr. Burns is a horrible boss. He is only in it for the money, it’s not even glory, it’s money. He works the people at the plant and pays them a menial wage. There is a whole episode dedicated to Homer needing insurance for Lisa’s braces after Mr. Burns decides to cut that from the plan because it costs too much. How about the time he became clinically obese so he didn’t have to go to work at the plant? Making minimum wage and have no benefits can be frustrating. So in turn, you begin to resent having to work. Plus hey, if Homer could get out of going maybe you can too, somehow…

This isn’t the only cartoon that has portrayed working and jobs poorly. Think about any Disney cartoon and how they depict the workplace. Goofy has been used as a staple in comedy cartoons, so when you see him in An Extremely Goofy Movie hating his job something just sucks about it. The clip I found is so incredible depressing. He walks into work with heavy spirits, goes to his locker, looks at pictures of Max and goes onto the factory floor. When he hallucinates and sees Max in one of the toys for a brief moment he is happy which is quickly addressed by the manager who is portrayed as fat and mean.

While watching this you can feel the depression oozing out of him and it is just so sad. You would want to think that Goofy would be happy anywhere but corporate life wears on even the likes of him. It makes one realize that even the happiest of people can also be crushed by the weight of the world in the workplace. 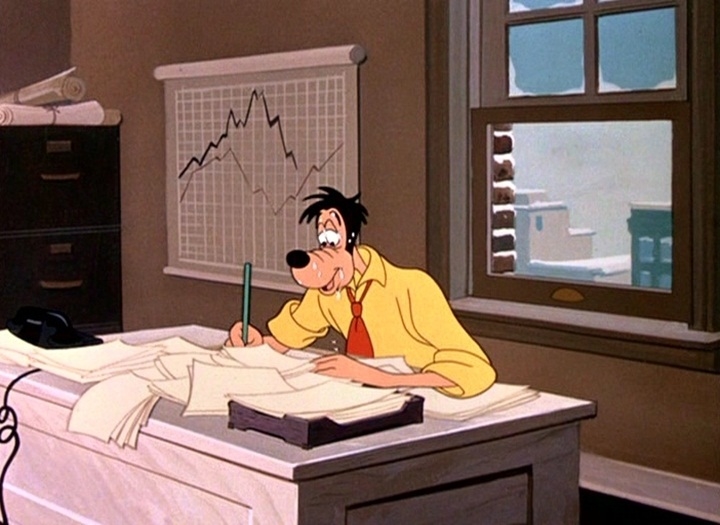 Live action is probably worse when depicting work place drama. In Married with Children Al was constantly degraded and treated like less than. If you have ever worked with any type of difficult customer, I’m sure you can relate.

This reminds me of one time in particular when I didn’t have 24 of the same binders at Staples and the customer I pulled them for threw one at me. I have to tell you I did not go home that day thinking I loved my job, I went home and cried. But that type of stuff happens all the time and you put up with it because you have to.

So, let’s go back to cartoons; remember that Teenage Mutant Ninja Turtles episode I mentioned earlier?  ‘Corporate Raiders from Dimension X’ got this whole idea stuck in my head.

The whole thing is about how this conglomerate is somehow messing with the creation of pizza dough, so of course this is a pressing issue for the turtles. They lure Casey Jones into the fold by putting out a fake classified ad addressed to him that says they are going to break into a candy machine. Casey comes and tries to stop the fake robbery and they ask him to help them by going into this business office because he’s human and they are turtles.

Also I just want to note that somehow they can put the ad in the paper the same day that they commit the ‘robbery’ which is crazy unrealistic because they call the paper around noon. So, Casey applies for a job at Octopus Inc., where his “ruthless violent attitude” and “take-charge aggressiveness” is immediately welcomed. It is probably the most hilarious job interview process I have ever seen.

He’s brought into a new employee training program that hypnotically turns people into mindless slaves. Casey tries to escape, but is held back in his chair.

Already, you have this message that corporations are bad and you become a ‘corporate slave’. There is this idea that corporations brainwash their employees and that you lose a part of your soul. As a kid it might be hard to understand this concept without an explanation but seeing how the turtles think this is bad and you worship the turtles so they have already planted this seed of ‘something must be wrong with this’.

I would never blame the thing I love the most, Television, but it seems like it may have had a part to play in my attitude towards work in the past. These characters were people I looked up to so why wouldn’t it be appropriate for me to emulate them in my own life? It took some growing up to see that this was not how I should act and things are better now. It just makes me wonder if this was something that I soaked up or if it was just general depression and laziness.

Are we predisposed to hate our jobs because that is what TV tells us? What can we possibly do to overcome this negative outlook? I don’t hate my job by any means now, but during my twenties I found myself resenting everything. Maybe it was just me at the time.

Or maybe it was something else I’d rather have been doing.

What do you think? Does the theory hold up? Tell Nerdbot in the comments or tweet at me. Have any  cartoons made this kind of impression on you?

Hello Kitty is Going to Become the Next Big Youtube Star