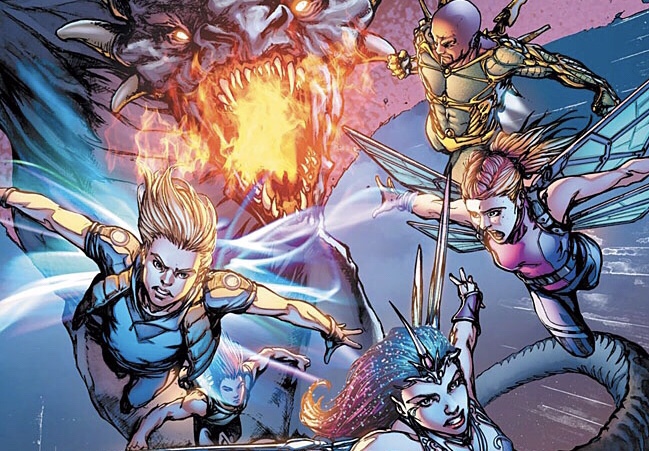 Back in 2003 Soulfire blazed into comic book shops across the nation and has been a staple series for Aspen Comics ever since.

I actually learned that from a brief prologue found on page one of “Out Of The Past”, the latest installment of the Soulfire saga. We’re now in Volume 7, the second part of an eight issue run. 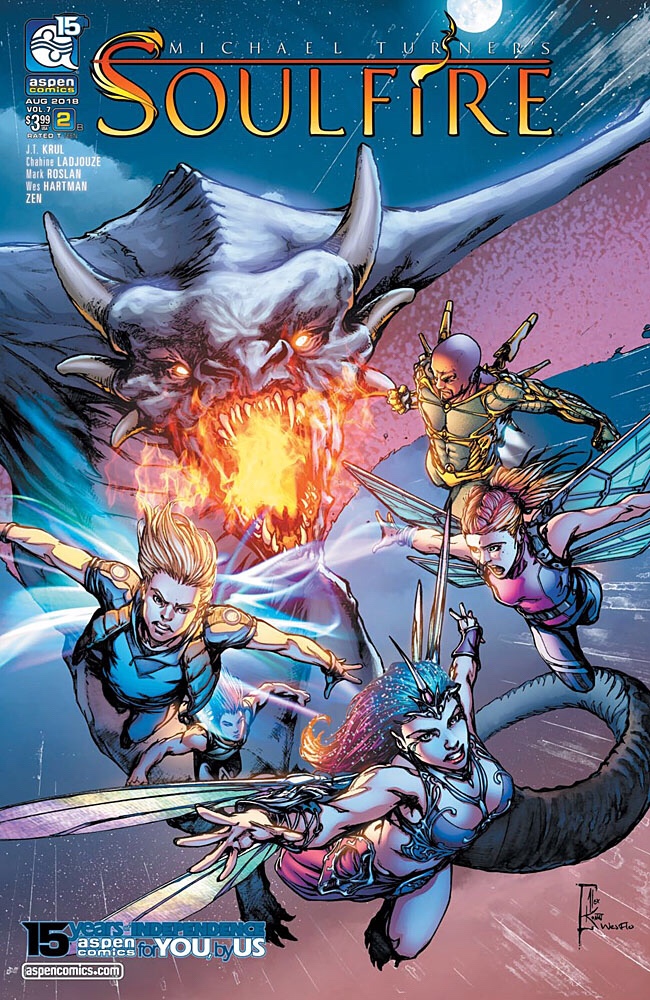 We begin with the introduction of a magical power found deep in what looks like ancient Mayan ruins somewhere in South America. The last frame shows a multicolored glow of light as that has been dormant for very very long time, but is still surviving. I’m pretty sure this plot element will be of significance at a later point, so for now let’s head to the Everlands in the Kingdom Of Anantia.

To paint a mental picture for you, the place resembles King’s Landing on Game Of Thrones. More in the vein of Rome than medieval Europe. Here’s the lowdown, there are two races in civilization called the Sethoru and the Rathumi. The aforementioned magical force, when at full power, called The Last Great Age Of Magic, the two races were at peace. Now the force isn’t as powerful, the threat of violence looms over them. 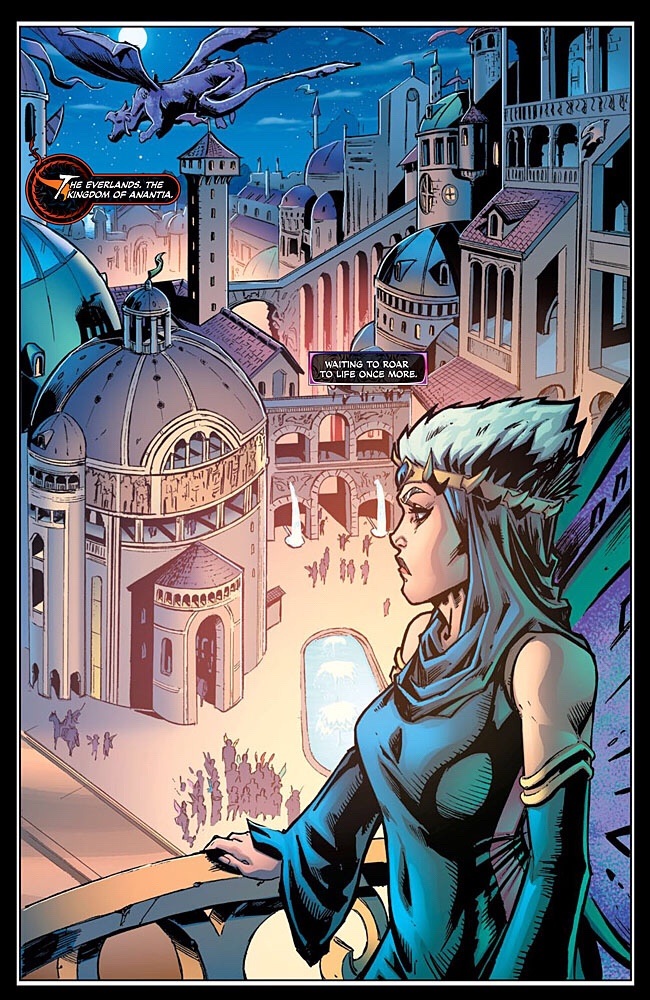 The first arc of the comic is Queen of the Sethoru watching as her King, Sarin defeats this big ass warrior dude named Enrik. He looks like Zangief from Street Fighter but with better hair. 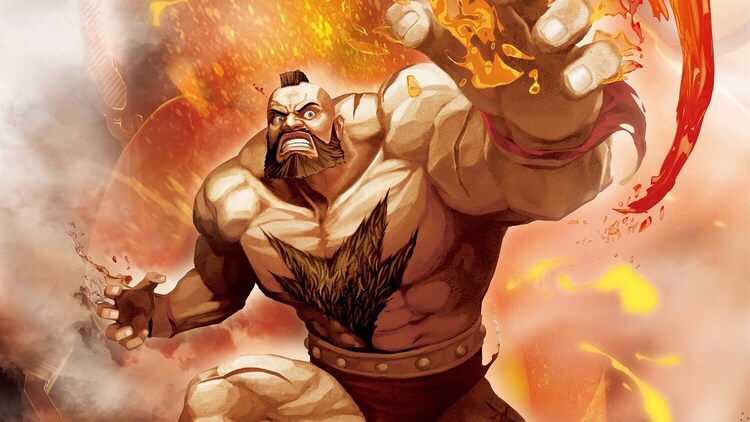 The King and Queen engage in a discussion about uniting the realm. They don’t agree on much but they both know their power is growing.

Next, we’re off to San Francisco, yes San Francisco where Malikal, Grace, and company are fully decked out in their robot wings, searching for a dragon. A message from Ren puts everything on hold as he has been accosted by an intruder on a quest for knowledge. Which I guess is pretty dangerous.

So far here at Nerdbot we’ve read a couple books by Aspen. Between Artifact One and Soulfire, they contain a repeated theme of knowledge being dangerous. It’s something you rarely compare to a rocket launcher but I feel their metaphor is completely accurate. Isn’t knowledge dangerous if used or exploited against the good of humanity?

Anyway that my Socratic thought for today so let’s get back to the story… which is now set in Tokyo. Our mech flyers are bedside as Ren recovers from his injuries. He’s conscious, describing the incident and his defeat by someone who had the ability to amplify their power through technology. Also while using Ren’s power against him. Not good. 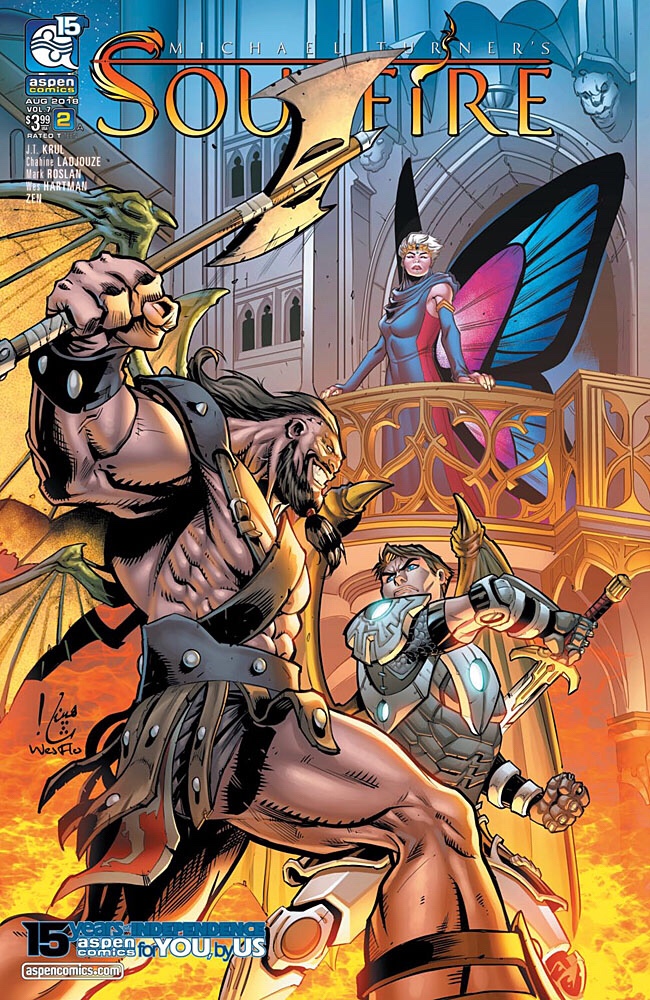 We’re whisked away to Western Scotland where a group of people are analyzing an Egyptian artifact. A theory floated out there states you can reach power through meditation and reciting incantations. However a shortcut was developed in the form of a small compact disc. When Mie places the disc in her blaster, things really get interesting.

Then we’re back to the Everlands where King Sarin is trying out his new shotgun. It’s a little stronger than he thought because it shoots him across the room too. King Nisaba, his uncle shows up to put on a power clinic in front of his nephew. Basically an I’m more powerful than you move resulting in an impressive display.

Nisaba takes Sarin through a magic Eyes Wide Shut party, promising to help him achieve an ultimate power. When they reach their destination, they find Onyx in chains.

All and all, a pretty good issue, especially for someone like me who is just diving into the series. Definitely recommend checking it out. The writing is solid, smart but accessible. It’s not like watching Black Mirror. The fantasy/sci-fi elements are there but it’s not too out there when speaking in terms of the plot itself. You get a mix of everything, Kings, Queens, magical powers, technology, a literal buffet of why we go to the comic book store in the first place.

What parts of Soulfire are your favorite? Let Nerdbot know in the comments!!