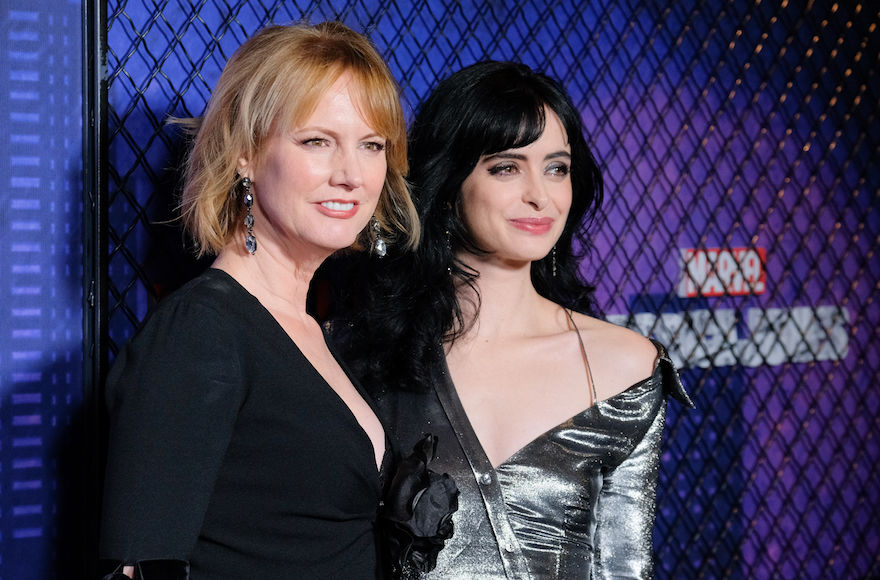 24Jessica Jones creator Melissa Rosenberg is calling it wraps on her time with the Netflix Marvel universe.

Rosenberg will be departing from Netflix to explore new opportunities with Warner Bros. Television. According to the Hollywood Reporter, Rosenberg has signed an eight-figure, multiple year pact with the studio and is expected to leave at the end of season three. Netflix reportedly attempted to negotiate a deal with Rosenberg; at the end of the day Warner Bros. Television simply had the more alluring offer overall.

If Jessica Jones is renewed for a fourth season, a new showrunner will step into her shoes. However, she will continue to be credited as executive producer.

Rosenberg released the following statement regarding the transition:

“All of my attention remains with the extraordinary cast, writers and production team of Marvel’s Jessica Jones, until the completion of season three,” Rosenberg said. “It continues to be a career highlight working with my partners at Marvel Television and Netflix. We’re extraordinarily grateful to the viewers who have supported us every step of the way on Jessica’s journey, which is so beautifully realized by Krysten Ritter and the amazing cast including Rachael Taylor, Eka Darville and Carrie-Anne Moss. We have so many talented storytellers in every area of this show, who I’m honored to call friends and collaborators. As I look ahead after this season, I’m thrilled that I will be able to explore new projects with the talented team at Warner Bros. Television and push myself in new challenging creative directions.”

Season three of Jessica Jones was officially confirmed on April 12, 2018 and began shooting in June of this year. The expected release date is sometime during 2019.

As for Rosenberg, there are no hints of what her future path with Warner Bros. Television looks like yet, but with her indication she is ready to tackle new projects and “challenging creative directions”, it will be interesting to see what direction she goes — and if that direction leads her to the DCU.

What do you think? Do you think Jessica Jones will take a hit? Will a new showrunner be what the series needs? What kind of projects do you see Rosenberg heading with Warner Bros. Television?  Nerdbot wants to hear your thoughts!

‘Guardians of the Galaxy Vol. 3’ Production Put On Hold