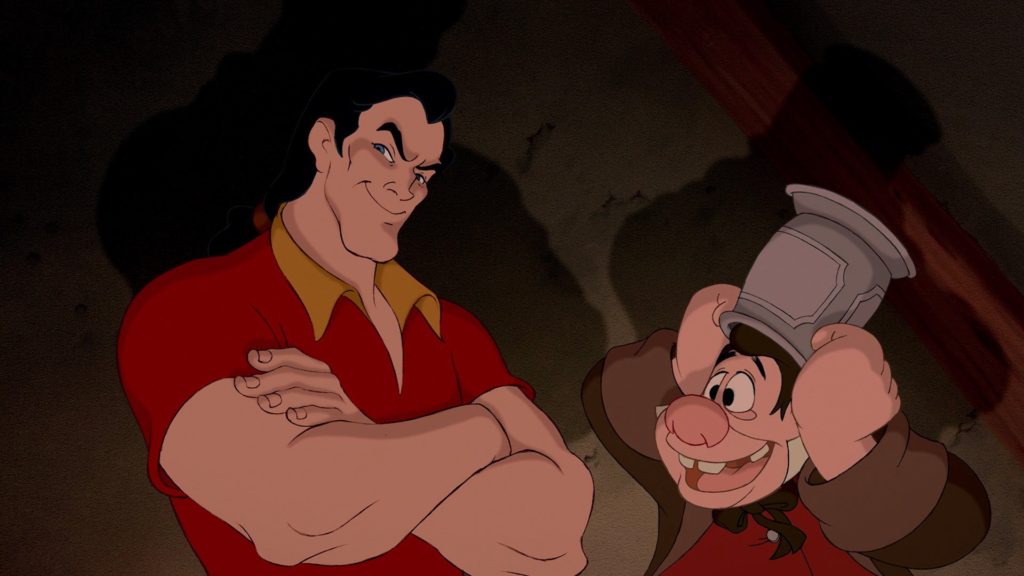 Fan Theory: Gaston is the True Hero in ‘Beauty and the Beast’ Everyone knows that Gaston from Beauty and the Beast was a total douchebag. Aggressive, demanding, and manipulative, he is basically what Martin Shkreli would be like if he ate five dozen eggs every morning. So why does everyone in this tiny village love Gaston despite his obvious horribleness? And why was the entire village willing to follow him to the castle to kill a beast they had only known existed for a few minutes? Because, as far as everyone in the village is concerned, Gaston is the true hero of the film.

Why is Gaston considered a hero? Because they had dealt with a murderous beast before.

For a period of 3-4 years in the late 1700’s, several small villages in the Gevaudan region of southern France were attacked by a large beast that killed upwards of 100 people and injured 30 others. The attacks were so terrible that Louis XV had to send more than one royal hunter to track the beast and kill it, and even with their best hunters they still took several months to track it down.

The memory of this beast became a part of their local culture. They still have statues and museums dedicated to these attacks today, almost 300 years later. Considering that Beauty and the Beast was set in the early to mid-1800’s, the beast would have still had a dramatic impact on the lives of the villagers, making hunting and tracking valued for reasons beyond just feeding people. The villagers would have revered a man whose sole purpose was destroying terrible beasts.

“Every morning just the same, every morning since we came to this poor provincial town” indicating that they moved there relatively recently, probably from some place a good distance away, given her father’s career.

Since moving there, her father has apparently ranted and raved about enough random crap that everyone ignores him when he tells them about his daughter being kidnapped by a beast and held hostage in a castle. He spends most of his time tinkering with inventions that never work (otherwise he and Belle would not have been surprised that his wood chopper actually did what it was supposed to do) and doesn’t seem to have any other skills to offer to his community.

Belle actively ignores people, reading books while walking around instead of talking to her neighbors. This was before the days of Pokemon apps, so ignoring everyone around you wasn’t considered acceptable behavior yet. Because of their reputations none of the people in the village believed her when she told them that the beast was her friend and wouldn’t hurt anyone. Why would they? None of the villagers, including Gaston, know about the spell.

When Gaston and the villagers take off on their quest to destroy the beast they don’t know about the enchantment the castle is under, only that there is a beast that needs to be destroyed. When they get there and the furniture starts attacking people Gaston has no way to know that these are actually servants under a spell, he would only assume that this was a trap somehow set by the beast.

When he does finally encounter the beast, discovers he can talk and loves Belle, he still doesn’t know about the spell. A talking beast is weird yet no less dangerous, and Belle never indicated to anyone she loves the beast, only that he is her friend. With the knowledge that almost 150 people were killed or injured by a beast less than a generation ago none of that is reason enough to stop him from trying to destroy the beast.

In the movie they make an instant transition from beast corpse to the wedding dance. The people attending the wedding are all the servants that had previously been transformed and there’s no indication that any of the villagers were invited. By all appearances Belle and her father simply stayed at the castle, leaving the villagers to know only that Gaston, Belle and Maurice never came back.

They would all assume correctly that Gaston had been killed but would have assumed he lost the fight against the beast who then killed Belle and Maurice, not that he became a human and married her. The people who adored him before he left would never know the truth about the beast, leaving them to honor his memory as the defender of the village.

I’ve got to think that the only reason they never erected a statue in his honor is because they spent the money supporting the egg guy after he lost his best customer.