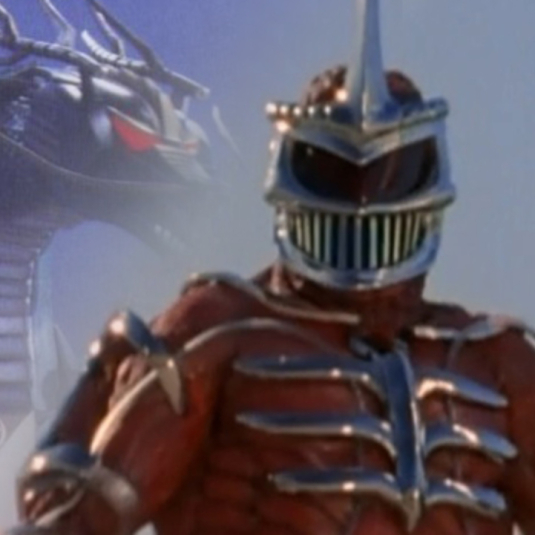 ‘Power Rangers’ Lord Zedd is an Antihero with a Secret

Lord Zedd: The Gwar-like veiny monster muscle man who replaced Rita Repulsa during the very long first season of Mighty Morphin Power Rangers. Back when I was a kid, Lord Zedd was such a badass that I didn’t even realize he wasn’t based on any original Japanese footage. He was an All-American boy. And while seemingly eviler than Rita, (hell, he stuffed her right into that trash can and gave Goldar back his wings) Lord Zedd has a little secret that isn’t often addressed in the world of villainy. In fact, he’s not a villain.

Why is that, you ask?

Well, first and foremost, Lord Zedd is well…unsuccessful in his murderous attempts. We’ve already discussed how Goldar is the true MMPR villain. These are prime examples. He berates Rita for getting foiled by children, but he doesn’t make do any better. Second, he still manages to be funny. Do you remember that part in the original MMPR movie, when the protruding chin ooze dude captured Zedd and Rita in a snow globe and they end up rooting for the Rangers, cheering them on to win and restore Angel Grove to its natural “totally not Culver City, CA” glory? See, we’re on Zedd’s side. He’s not truly a villain; just a cranky antihero.

But it wasn’t until I recalled his very first introduction that I recalled something about him, and it was in the line “You have made me very angry.”

Wait a minute, Lord Zedd…is that guilt you’re spouting there? My ears were perked.

Villains are supposed to be pure evil. And they’re often evil for the sake of it, or they truly believe they’re not the bad guys. But here, we have Lord Zedd, snake-staff and all, yelling at his employees about how disappoint he is.

You see, anyone from a minority group of any sort can understand and identify. Quite often, when you see someone from your same physical or ethnic group on TV, they’re subject to terrible stereotypes. But this wasn’t the case here.

That should have been the first clue. But all suspicions were confirmed later in the series when Rita comes back, gives herself a makeover, drugs Lord Zedd, convinces him to marry her, and…

They have a Jewish wedding.

The festivities start at the 1:54 mark in the video.

What, did Lord Zedd change his last name from Zeddowitzsky at Ellis Island?!? This is a Jewish wedding! The Hava Nagila! The constant eating! The dancing that goes on way longer than it needs to! The smashed glass! This is like my cousin’s wedding! I know these things!

Oh, dearest stars in the loneliest skies, all of my dreams came true that day. My beloved Power Ranger baddies were Jewish.

Now this was the representation us Jewish kids were dying for all along!

Do you know of any villains that belong to a specific ethnic group? Do you think it’s fun that Lord Zedd is Jewish? Tell Nerdbot about it in the comments!