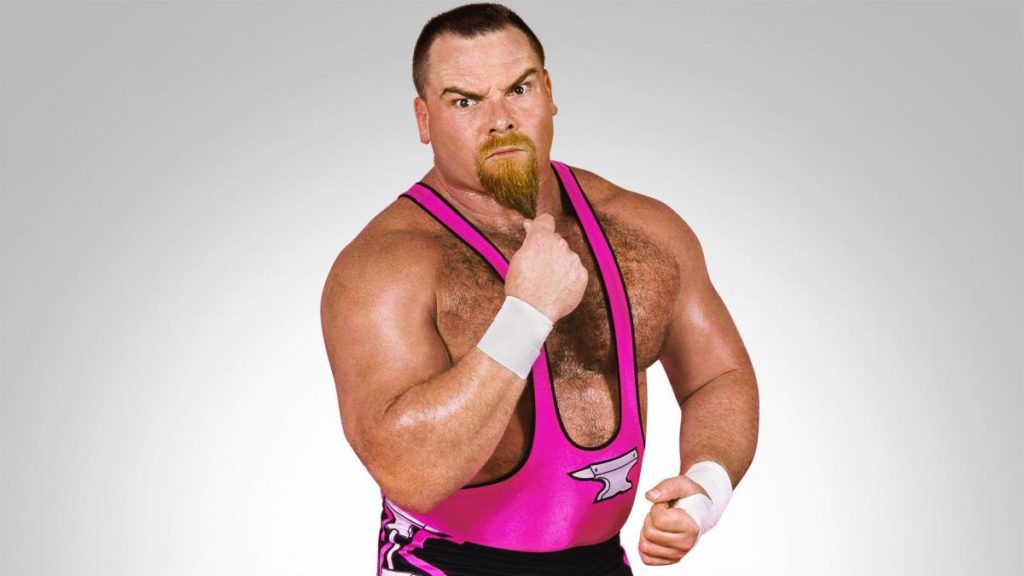 By watching Monday Night Raw we had learn from Ronda”Rowdy” Rousey. I’m sorry announce that another WWE legend had died. Jim “The Anvil” Neidhart was a two time WWE Tag-team Champion. He was apart of the iconic Hart Foundation tag team with his brother-in-law, Bret “The Hitman” Hart.

Jim was apart of the famous world-renown Hart Dungeon in Calgary-Alberta, Canada. He was also train by the late WWE Hall of Famer Stu Hart following his NFL career. Jim played with the Oakland Raiders and Dallas Cowboys. He only played in the pre-season. In the mid 80’s he became a member of the legendary Hart Family after he married Stu’s daughter, Ellie. Jim would get also pick up his infamous his “Anvil” nickname; after he was the winner of a anvil throwing contest. He was also best known for his signature and easily recognizable goatee facial hair and laugh.

He left the WWF and now known as WWE for the first time in 1992. However, he returned to the ring with an larger Hart Foundation in 1996 and 1997. It included three of his brothers-in-laws which were Bret, Owen Hart and the British Bulldog. They stuck a rivalry with Stone Cold Steve Austin. He left his wife and his three daughters Jennifer, Natalie and Kristen behind. According to the Pasco Sheriff’s Office and TMZ report. He died after striking his had in a fall at his home in the Tampa area.