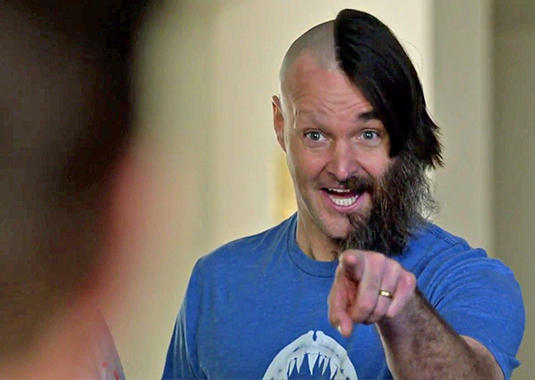 But you know what? I did. I watched three damn seasons before giving up in the forth. And I feel completely dumb for it. You know that feeling you got when you heard the news that Louis CK did horrible things to his female colleagues and the collective internet smugly pushed up their figurative glasses and said “Meehhhhh, I never liked him anyway.” And the rest of us over here were like “GREAT. Good for you. I loved him. I’m heartbroken.”

Well, that’s what watching The Last Man on Earth was like for me for a while there.

I absolutely adored the first season. In a world consumed by The Walking Dead, Last Man was a breath of fresh air in the “everyone is dead” genre. A comedic approach? You have my attention. A complete mess of a man who has been a useless liar his entire life is suddenly alone? Let’s see what this weirdo does. Segue into him meeting the other remaining people on the planet (who of course, are the worst possible people who ever existed) and the first season was strong, entertaining (albeit not phenomenal) television.

That bacon episode. That was phenomenal television and the funniest thing I’d seen in a WHILE. (Might have been season two).

It was just…talking. And fine, if that was the joke, I get it. I can get behind nonsense TV. But be more self aware about it.

So when out of nowhere Will Forte comes out and says “Oh, but we had IDEAS for season five! We had stories!” It just makes the rage come out again. The reminder of all the time wasted with zero pay off. So tell us- what stroke of genius storytelling did a sudden cancellation destroy for The Last Man on Earth?

“[These people] went down [into the bunker] when the virus had first started,” Forte said on Vulture‘s Good Ones podcast. “They had some kind of medical expert or scientist who knew, ‘At this certain point, the virus will be dormant. You’ll be safe to get back out,’ and they had reached that point. Then they see a bunch of stragglers — us — and we represent a real threat to them, because they thought [everyone] was dead, so they quarantine us.

“We eventually communicate with them a little bit [and] they get comfortable with us,” he continued. “They look scary but they end up being nice people.”

Forte said one or two famous guest stars would likely have been revealed among the bunker denizens. “And eventually we’d all get comfortable with each other,” Forte said, but allowed that that move would prove fatal.  “We are immune to the virus, but we’re carriers. And so we would infect them and they’d die like wildfire,” Forte said.  “And then we’re back to just our little group, and maybe one famous [guest star] we could talk into staying around.”

Forte said he felt that Season 5 would be the last, but said he hadn’t really given much thought to an actual series ending.  “We don’t know how we were going to end the show,” he said.  “We would have found something that would have been fitting for the audience.”

Did you watch The Last Man on Earth? Were you sad to see it go? Had you never seen it? Tell Nerdbot about it in the comments!