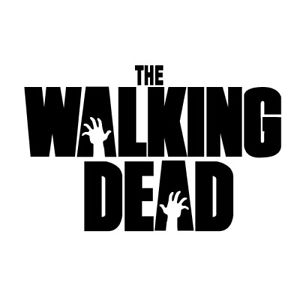 As I stated in earlier lead actor Andrew Lincoln is leaving The Walking Dead after this season which, is season 9. I also reported that there was a pact between Norman Reedus and Andrew Lincoln that they would leave the show together. However, that rumor was smashed like Lucille bashed Glenn (Steven Yeun) and Abraham (Michael Cudlitz) heads in. Meaning that Daryl Dixon (Norman Reedus) said, that he would not be taking lead role in The Walking Dead. 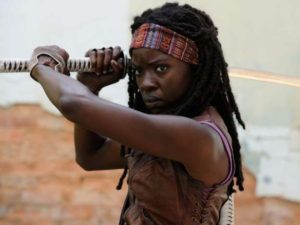 Michonne (Danai Gurira) said, “With Andrew Lincoln leaving he leaves lasting impact and will have on the set, even after he is gone.” Norman Reedus confirmed the quote by Danai Gurira. He also added, “he has set a precedent for us on this show.” He has set the bar very high right from the beginning and we’re always trying to keep it real.” “He is always in our heads while we’re trying to do that. He is made me a better actor, a friend, a father. Overall, he made me better person and he is a very important to person to me.”

While Norman Reedus is sad to see him go, he understands and supports his friend and his desire to return to his homeland of England. Where his family lives. “When he told me he was thinking about doing this, I understood why. Because I also have a son in New York, I am constantly bouncing back and forth for the last nine years to go see him. It gets very taxing on my family and me. I’m not mad at him for going at all. It’s very understandable because his whole family is awesome. Anyway, I am going to miss the hell out of him.”

That’s not saying the dynamic duo of Rick and Daryl won’t have constant communication with each other after he leaves. “I will still sneak him the scripts.” Andrew Lincoln nods in agreement and added “its true.”

Even after Andrew Lincoln’s departure he will still have a contribution on and off the screen. The only thing that will be different is “I won’t be able to ask him on set what I should do in every scene. It will stay that way off set because he helps me all the time;” Reedus stated.

When someone from San Diego Comic Con asked him if he would take the lead role he said, “you can’t take his place in the show. That’s not even possible.” Norman would get a significant pay-increase to replace Andrew Lincoln’s role. However, Norman said, “No!”

There are rumblings that Maggie Greene (Lauren Cohan) will taking the lead role because she still wants revenge on Negan for killing her Glenn and rest of his victims. She wants Negan (Jeffery Dean Morgan) dead. There are few people on board with this. This needs to happen least before Maggie makes her exit. Scott Gimple confirms that Maggie could become a villain herself in future episodes. He also offered an alternative. If she has leave the show that Jesus could carry the torch in honor of Maggie. Especially if new show runner Angela Kang begins leading the series, things could go in different direction from what we expect. This could be a huge plot twister. However I do kinda see this happening because if she becomes so blinded with rage she could start killing everyone who double crosses her or disagrees with her.