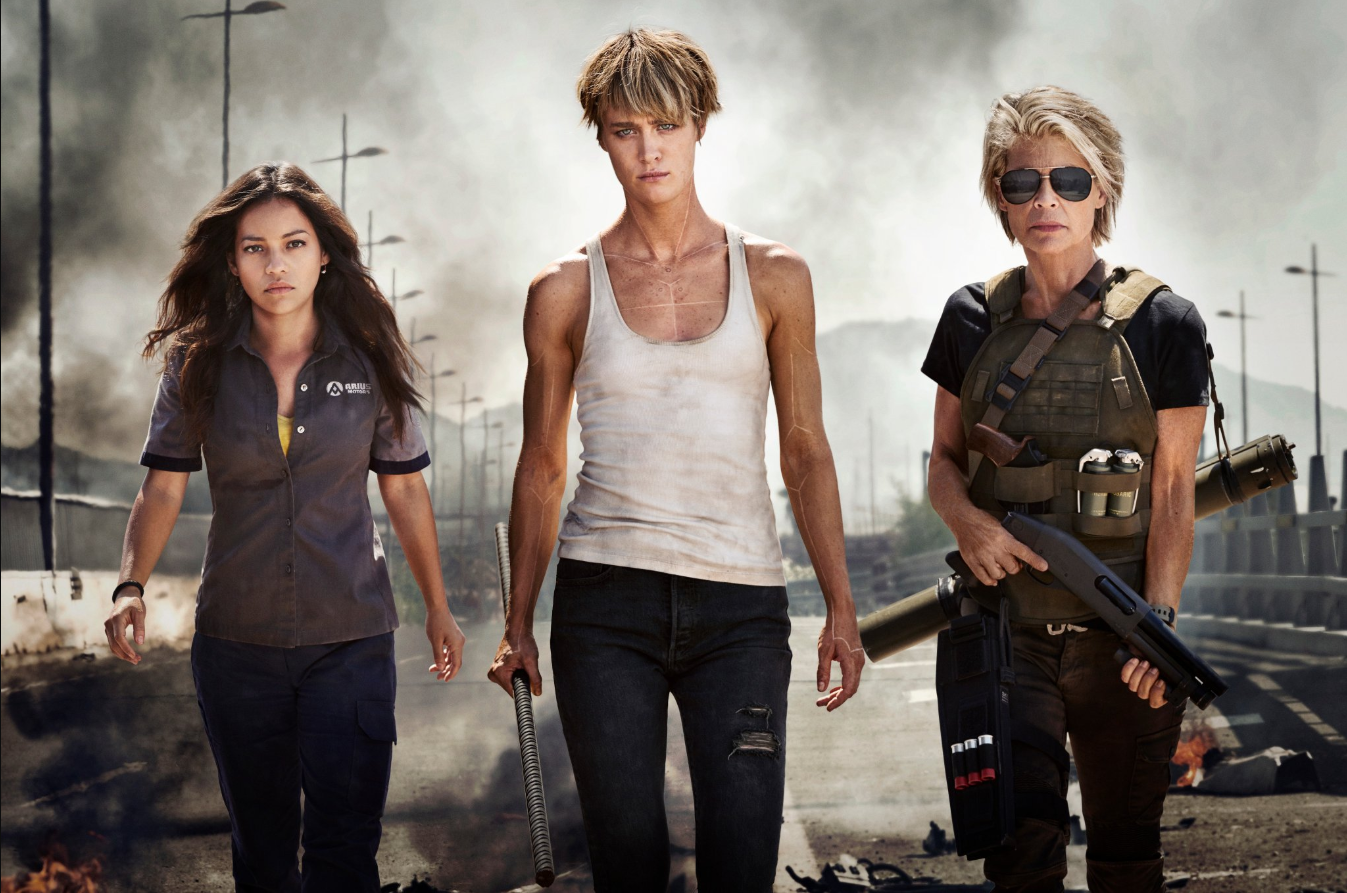 Paramount pictures released a photo of the new ladies of Terminator that is coming out November 22nd 2019. Natalia Reyes as “Dani Ramos,” Mackenzie Davis as “Grace” and Linda Hamilton as Sarah Connor. That’s right! Sarah Connor is back!

The movie is set to take place after Terminator 2, completely ignoring Terminator 3:Rise of the Machines, Terminator:Salvation and Terminator Genisys. The film is setting up an entirely new trilogy of films, hopefully they do it right this time. Not to say that the other three were bad, but they weren’t my favorite.

James Cameron is producing this one along with David Ellison(Skydance). Arnold Schwarzenegger confirmed that he has already begun filming in an interview with Maxim.  We can take his word for it, “He’s Back”

Are you excited for another reboot of the Terminator Series? What do you want to see happen in the new film? Tell Nerdbot in the comments and get the conversation going!

Happy Nerd: How the Culture Helps My Anxiety