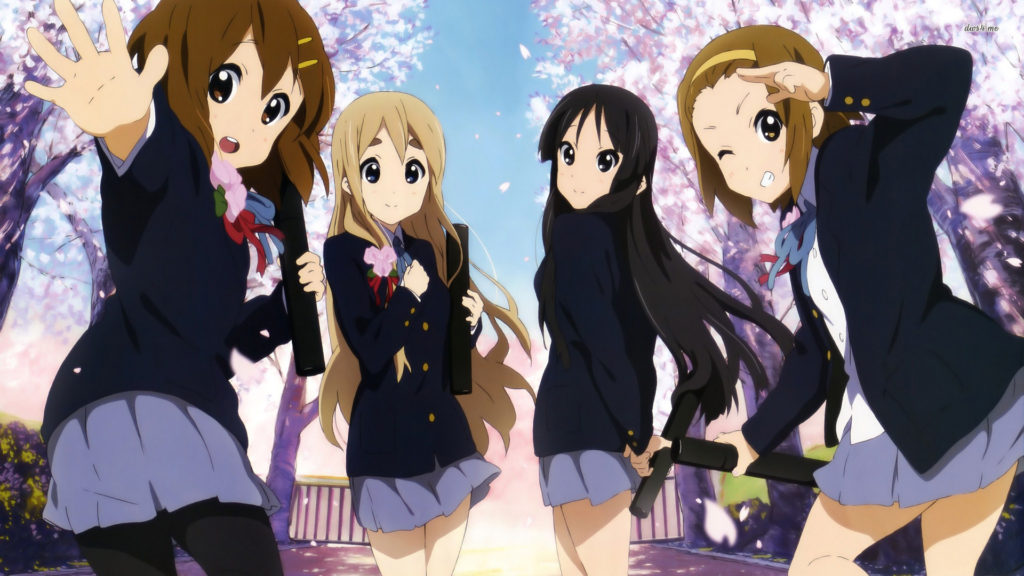 I’m an Oldtaku. That’s a term for an anime fan that’s aging. As a thirty-something who is out of touch, I can’t latch on to the new, hip, more popular word Weeb, a phrase that’s assigned to people with an all-encompassing love with (everything) from Japan. Otaku was always the one I latched onto. It’s got a negative connotation, sure, but it refers more to fandom itself rather than sodden panties from the prospect of cultural imports from Japan.

My anime obsession peaked somewhere around 2001, then tapered off so I could have a few years of sexing and partying and all-around insanity. After I sowed my wild oats, I made a return to anime from 2004-2008 to finish watching classic series like the Saber Marionette collections, and plow through the rest of my Visions of Escaflowne VHS tapes. I latched onto new series I found in the bargain bin, such as Black Heaven and Dual!. I made an effort to get into the hottest series my friends were watching, like Excel Saga, Di Gi Charat, Hikaru no Go, and Chobits. I was on top of the weeb-world.

But somewhere after college, time or interest waned once more and I found myself off the Anime Train again. Fast forward to 2016 and I promised myself I was back on the ship FOR GOOD this time. Anime is free on Netflix and Hulu now (with paid subscription, of course). I would watch new anime! I will keep up with my otaku brothers. I will know what’s going on, damn it! Thus, I perused the endless amounts of series…and saw a trend. Where the hell did all these slice of life cutsie-girl animes come from?

Let me make one thing clear- I am not crap-talking this genre. I’m simply addressing that holy fuck buckets, there are a million of them. From what I can gather (and yes, there are a few early-mid 2000s series such as Fruits Baskets that fall into this genre), these cutsie-pie slice of life animes all seem to burst onto the scene somewhere between 2011-2016.Don’t believe me? Look at two-thirds of the titles on this extensive list here from My Anime List.

Cutsie-girl slice of life anime (otherwise known as “Cute Girls Doing Cute Things”) is the singular genre I know nothing about. I see anime countdowns all the time with these adorable little girl characters that look like they’re loud with a lot of personality who probably talk really fast. But man- I’ve never seen one of these series. And I’ve seen a lot of anime ranging from the late 70s-early mid-2000s!

Martial arts comedies, action shows, fantasy shows, sucked into another world shows, girls with swords stabbing roses, ghost hunting, cute monster battles, robots, superheroes, video girls coming out of the screen, haunted pet shops, goddesses, space pirates, and college girls moving in with a clueless boy. I’ve seen them all. But give me the last eight years and boom- I’m fucking lost. It’s a complete pop culture infiltration- which again, doesn’t make it bad. Who just knew there was so damn much to say about genki high school feelings, you know?

Are we onto something here? Are cute girls doing cute things taking over? What are some of your favorites? Get a discussion going in the comments below, and who knows- your next grip could be our next Pop Culture Infiltration!

You can follow (or disagree with) Loryn on Twitter. Her debut young adult slice of life novel inspired by anime/cosplaying/fandom entitled My Starlight will be released August 3rd, 2018 by Affinity Rainbow Publications.