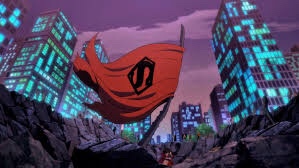 It’s Time To Let The Death Of Superman Die

After seeing the trailer for DC’s upcoming Death Of Superman animated feature I have to ask… are you even excited to see this movie?

Check out the trailer below real quick.

Aren’t you just, disappointed? Or you might think it’s the greatest thing ever… and that’s okay too, I guess.

When DC announced the new Death Of Superman project I was extremely excited. It’s on my list of the greatest comics ever, long over due for the movie treatment. Then Batman v Superman comes along and well, we all know what happened there. BvS botched many things, a major one was the infamous showdown between Doomsday and our favorite son of Krypton. They also completely ruined the opportunity to make a live action rendition of Frank Miller’s The Dark Knight Returns but that’s a whole other tangent for a different article. 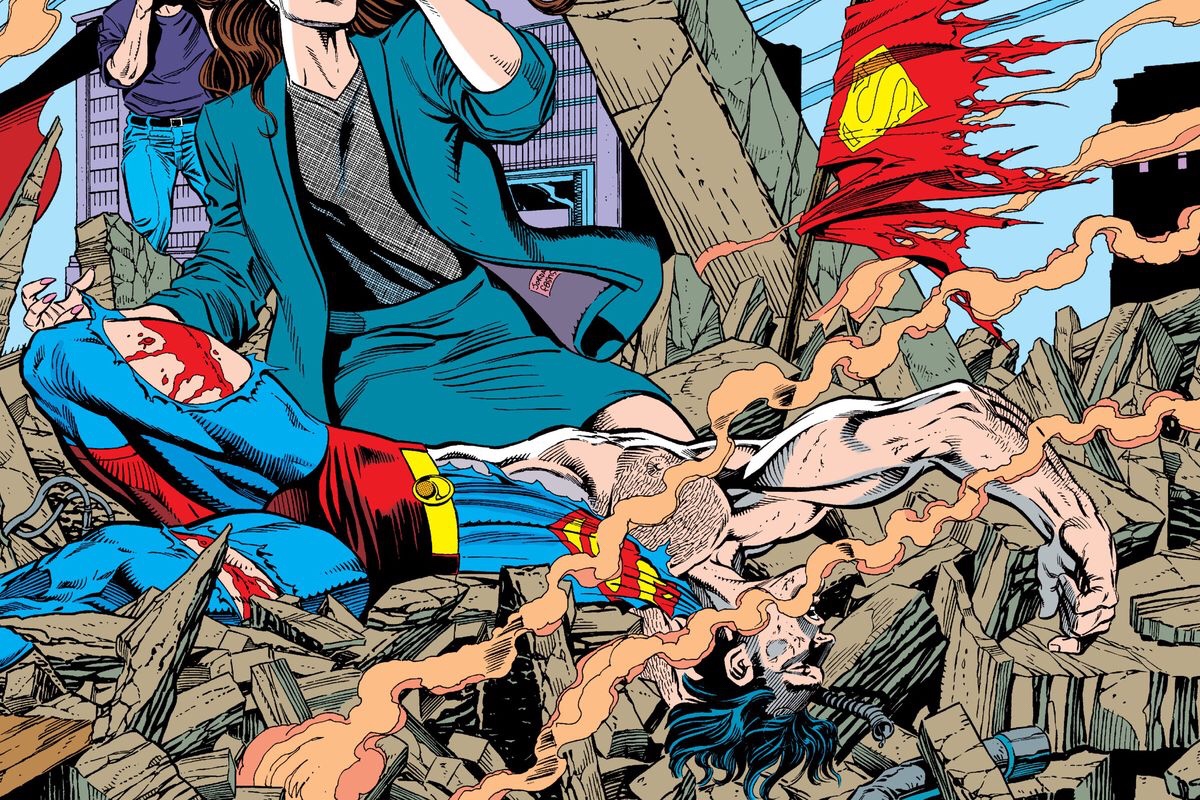 Younger readers of comics simply don’t have the attachment to the Death Of Superman the way, readers of my age bracket did. I’m thirty-four by the way so it’s like I’m not ancient but seriously, the Man Of Steel met his match over twenty years ago. There’s only so much time left before that story is classic, yet outdated source material. People will simply have moved on.

When the possibility of a second try at Superman’s final battle was on the table, I became overwhelmed with optimism. These animated movies don’t have to recoup a five hundred million dollar production/marketing budget which allows more room to stay true to the comics. Sometimes the original story may lack mass audience appeal (The Dark Knight Returns) or may be too smart in for the casual theater attendee (Watchmen). So the studio hires writers to modify certain things in an effort to make the work more accessible. Batman v Superman is a rare case. Honestly, Warner Brothers should have just made The Dark Knight Returns and The Death Of Superman separately, not try to combine the two into an amalgamation that would go from genius to stupid every ten seconds. I’ve been dying to see any footage from the new animated take on the story and now that I have, I’m very disappointed.

Three reasons; 1) the style animation is not my thing 2) the story appears to have been altered 3) they messed up Doomsday… AGAIN!!

Confession time… I am not a big anime fan. 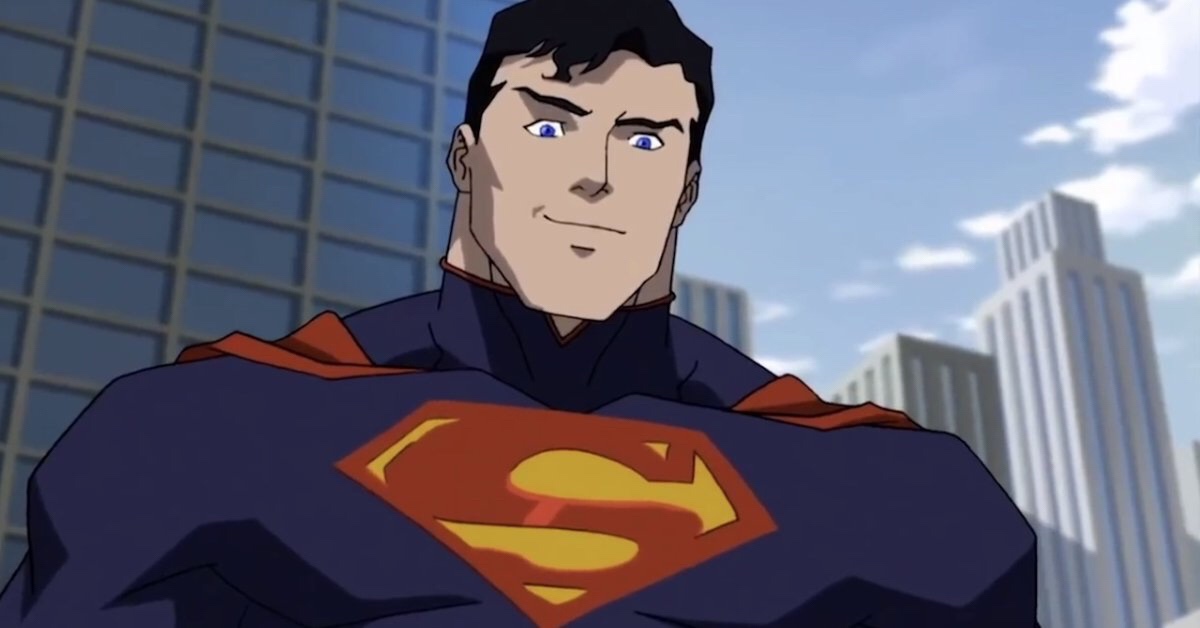 From what I see here, directors James Castorena and Sam Liu took the infamous artwork of the comics, then gave it the ole Dragonball treatment. It’s not literature where you use your imagination. Comic books tell us what the characters are supposed to look like which leaves little room for variation. Readers establish a connection through the imagery. When you stray too far from the source material, it sets up the potential to lose that connection. Unfortunately after seeing the trailer, the footage does little to connect me with a story I loved so much as a kid. You have Superman and Doomsday, the core characters, but they are not even close to what I remember from the past.

Here’s a quick example to illustrate my point: 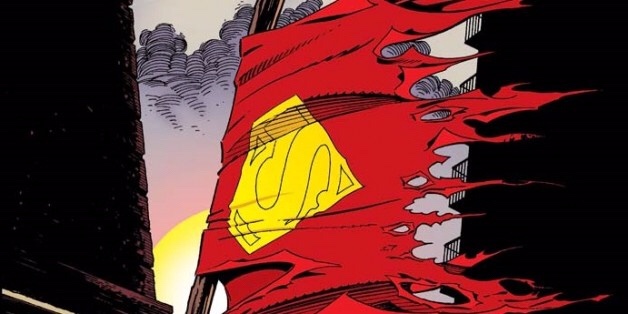 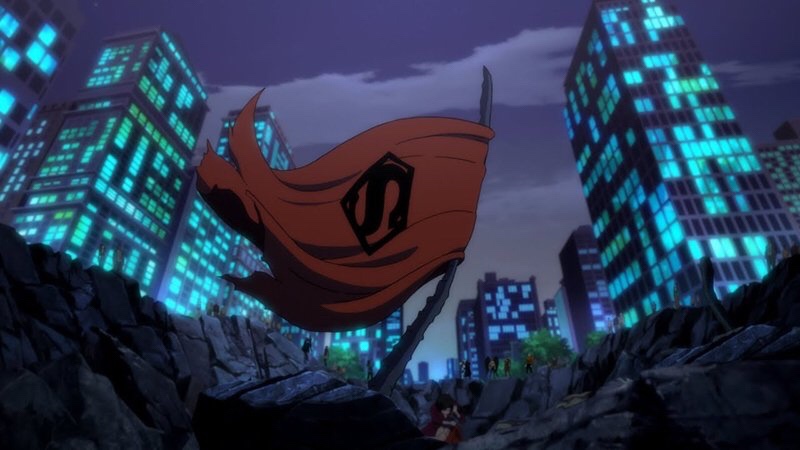 I don’t know if they blew the budget on the talented vocal skills of Jerry O’Connell, but they couldn’t even add a single tear in the cape? Superman just gave his life trying to defeat his ultimate foe, you would think his wardrobe got damaged a little bit. The former image is insanely powerful. So much so that the latter looks half assed. Let’s hope they didn’t do the same with the story.

Speaking of story, the writers have taken the liberty of adding Batman and some other Justice League characters that weren’t in the original comic. I’m aware movies change stuff all the time, but the Death Of Superman is so good, there’s really no reason to adjust anything. Is it as bad as adding Batgirl to The Killing Joke? I hope not. Maybe it will be awesome. But a fantastic part of the 90’s run was seeing Doomsday’s development and the evolution of his strength. One way they showed this was by having him beat the Justice League C Squad mercilessly with one hand locked behind his back.

And finally with Doomsday… is anyone ever going to get this character right? 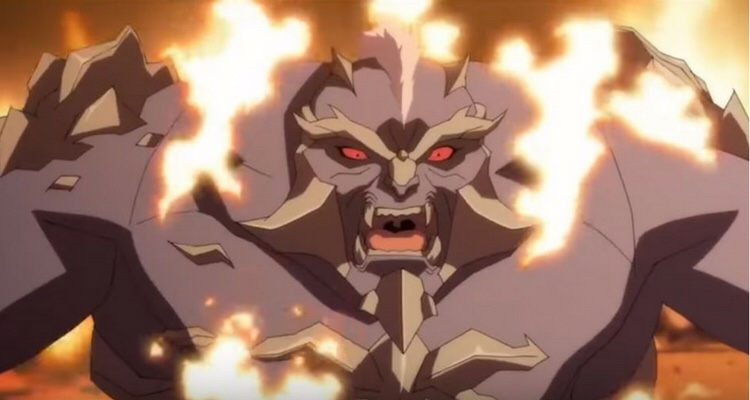 Again, the comics tell you what this alien death machine is supposed to look like. I honestly feel Zack Snyder did a better job in BvS and it literally sickens me to write those words. 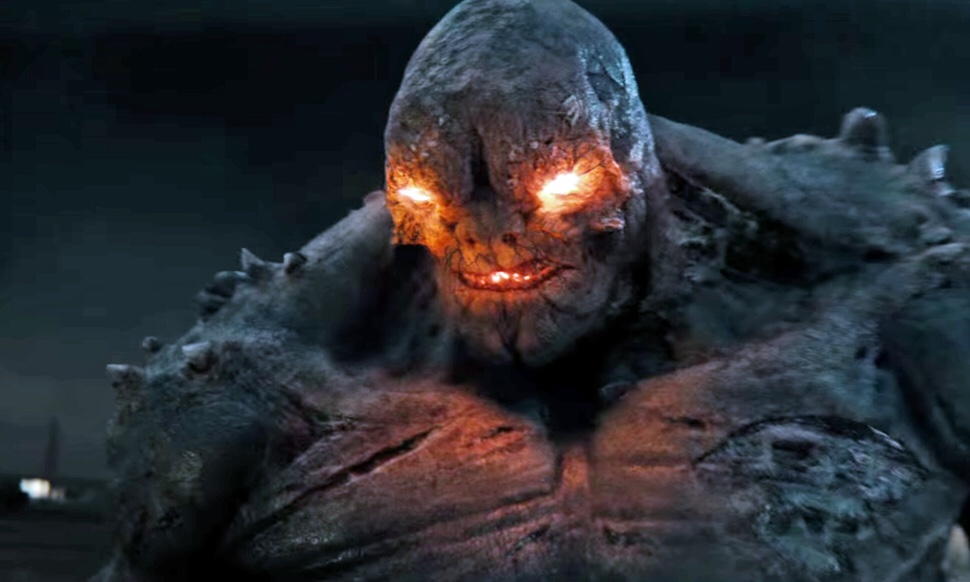 At least Doomsday has a rock beard this time around.

Maybe I’m wrong and this movie turns out to be incredible. I kind of feel the animated treatment is like a lifetime achievement award… once you go cartoon, it means a last hurrah before the story is put to rest. I honestly don’t know if we’ll see Doomsday on screen again. The current DCEU could go for fifteen years and hopefully in that time DC Rebirth will have spawned several new adventures and adversaries for the Man Of Steel.

Even though it pains me to say it… it’s time to let the Death Of Superman, die.

What Superman stories do you feel need a live action treatment? Let Nerdbot know in the comments!!