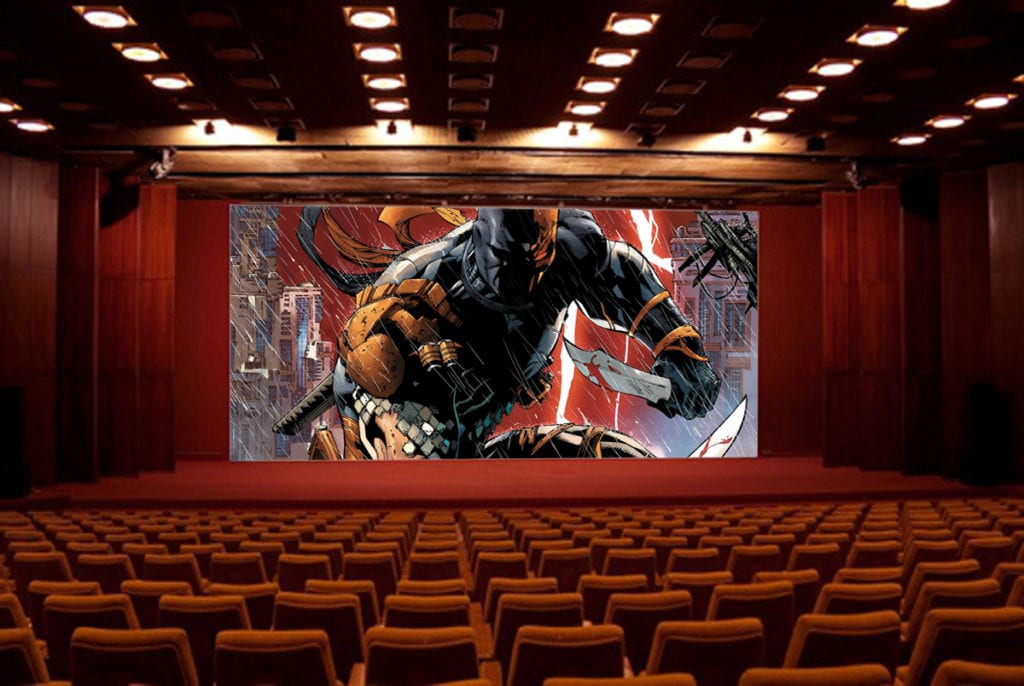 It seems to be that DC is putting it in full force of extending their movie franchises, just a few weeks before their latest project Justice League comes out. They announced the newest lineup for the (DC extended universe)DCEU and that would be a solo film for everyone’s favorite gun for hire DeathStroke!

DC has been under fire lately due to their critically bad movies with Wonder Woman being the exception. Justice League looks very promising but still has lots of people on edge whether it’s going to be good or bad. But that hasn’t seemed to stop them from announcing movies left and right to extend their movie universe.

Joe Manganiello will be taking the mantle of mr. Slade Wilson aka DeathStroke. Long before they announced who would play Slade fans demanded that it be Manganiello, and the internet blew up with excitement when they found it there wish came true. He was teased sometime ago on Ben Affleck twitter. With Manganiello fully armored in Slade’s uniform and it is presumed that he will be in Justice League and even Batman’s solo movie.

Manganiello has been in quite a few movies and shows throughout his career. Some ladies may recognize him in the hit movie Magic Mike and its sequel Magic Mike XXL. He was even in the original Spider-man one and three with Tobey Maguire. He was even in the hit show True Blood. So there should be no questioning on if he could portray this iconic character. This will be his first movie where he is the main character too, so it’ll be very interesting to watch him step up.

For those who don’t know who DeathStroke is, he made his first debut in 1980 in “New Teen Titans” and was created by Marv WolfMan and George Perez. Salde was brought more into the general public when he made an appearance in the original Teen Titans animated show that ran back in 2003 He is a highly skilled super soldier much like Captain America. But unlike cap he is a gun for hire and is only loyal to whoever gives him the higher pay. It’s unclear when the movie will come up but it has gotten many people excited for it nonetheless.

What do you expect to see in Deathstrokes solo debut? Let Nerdbot know in the comments!