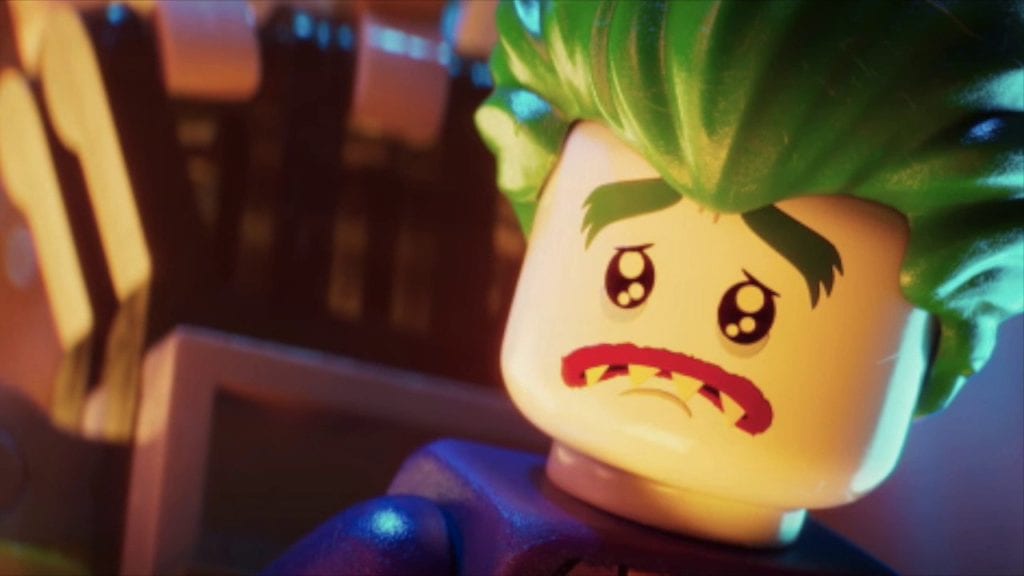 Lego officially announced via Twitter Monday that it’s most recent venture into the video game market “LEGO Dimensions” will no long be at the fore front of production, indicating there will be no further expansions released for the game: 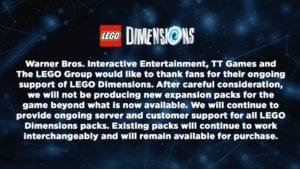 LEGO Dimensions launched in 2015 with a Starter Pack and a variety of newly acquired licensed content which only seemed to expand as time went on. Many Lego fans like myself were surprised to see IP like PowerPuff Girls and Mission Impossible show up but were pleased to have new minifigs none the less.

For Dimension players the fun doesn’t necessarily stop, as the library of Lego Dimensions grew faster than it’s players could purchase, resulting in tons of merchandise being purchased at clearance prices. While the dust may have settled for developers at Warner Bros. Entertainment, fans can still enjoy hunting down Expansion and Level packs they require to complete their game up until 2018 and servers will run for the foreseeable future according to the WBE statement. Build While you can!

You can check out my Lego Facebook page here

Did you enjoy playing LEGO Dimensions? Let Nerdbot know in the comments!