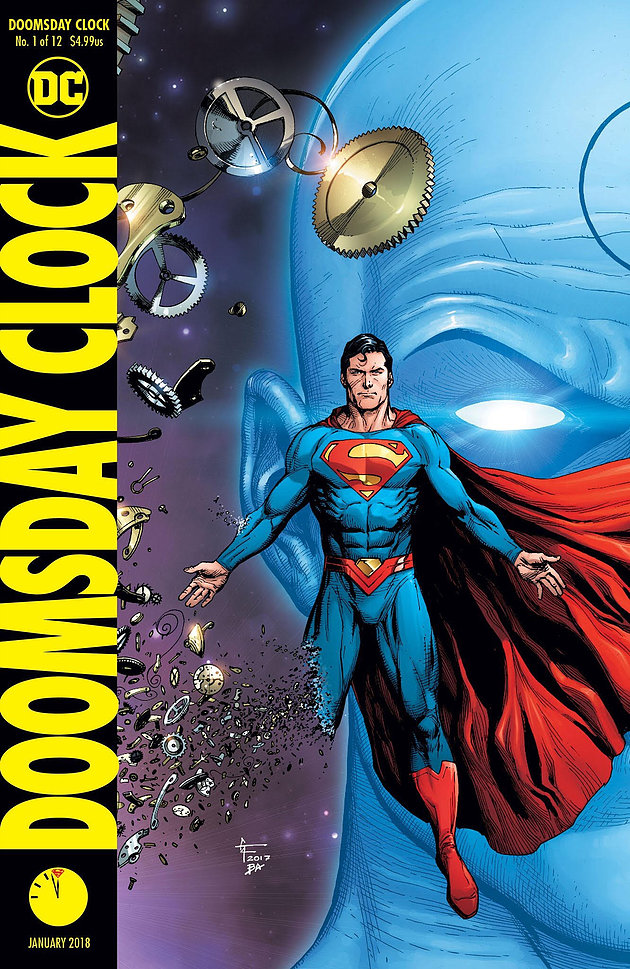 By [email protected]October 12, 2017Updated:October 12, 20172 Mins Read
Share
Facebook Twitter Pinterest Reddit WhatsApp Email
It’s no secret that over here at Nerdbot we love our DC superheroes.  While the fate of the current cinematic universe is yet to be determined, Geoff Johns and company have been a force in the comic book world with their widely popular “Rebirth” of the entire line of characters.

Over the last couple months we have reported extensively on what I like to call “The Watchmen Integration”.  Technically the incorporation of a Watchmen element began in DC Rebirth #1, but comic fans got the next piece of the puzzle when Johns announced a story arc between issues of Batman and The Flash called The Button.  As we all know, coming up in November DC will continue the saga with Doomsday Clock.

Earlier this summer we got an early peek at the cover art for the first installment seen in the story header with Superman..

… and thanks to the folks over at comicbook.com we have a look at the cover for issue two:

Artist Gary Frank does it again! The image hit the internet on September 18, teasing Lex Luthor’s involvement but what is key to point out is the hand on his shoulder.  Who else would wear a gold plated wrist protector other than Ozymandias?

One could only imagine what will happen when those two meet…

Are you excited for Doomsday Clock? Let Nerdbot know in the comments below!