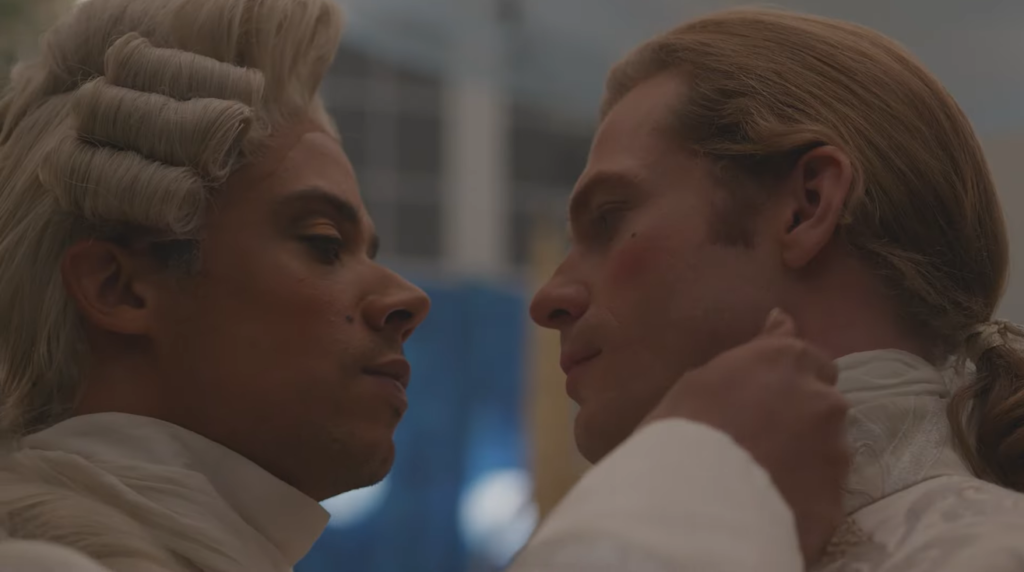 Take a Bite of New “Interview with the Vampire” Trailer

AMC has had a recurring love affair with the undead for some time now. “The Walking Dead” had been their money-maker, and “Fear the Walking Dead” has continued that trend. But all shambling corpses have to drop dead eventually, and what better to fill the void they leave behind but vampires? A new trailer has been released for their upcoming series “Interview with the Vampire,” based on the works of the late great Anne Rice.

Rice’s legacy carries on in her many literary works. Her most popularly known book, the aforementioned “Interview with the Vampire,” was famously turned into a film in 1994. A tv series had been in the works for a while, previously being developed by Hulu before ultimately being picked up by AMC.

From what we’ve seen so far (and in this new trailer), we seem to be getting much of what you would expect if you’re familiar with the source material. Most notably, we’re getting something that the movie skirted; the romance between Lestat and Louis. The novel made room for laying down the romantic relationship between the two vampiric men, but the film clearly did not want to pursue that angle for 1994 audiences. Hopefully people will be a bit more receptive to that and actually embrace that element in the series.

Jacob Anderson plays Louis de Pointe du Lac while Sam Reid plays Lestat de Lioncourt, as the two journey together as lovers and vampires. The “interview” part of the title comes from Louis in present day, telling his life story to reporter Daniel Molloy (Eric Bogosian). One of the ‘turning’ points in the story comes from when Louis and Lestat encounter a young girl, Claudia (Bailey Bass), who they turn into a vampire. The less you know about what happens from there the better, as the drama plays out and the relationship between the three of them transforms over the years.

This most recent trailer looks strong and features vampire children. Nothing says “creepy, enjoyable, vampire film” like vampiric children. Just ask anyone who watched the original “Salem’s Lot” back in the day. All it takes is some creepy kid floating outside your window to make for a strong show.

Seriously though, this trailer arrives just in time to keep things gearing up for October. “Interview with the Vampire” lead into its own series of novels known collectively as “The Vampire Chronicles,” which AMC has the rights to. So in a sense, this story was destined to ultimately be told in this kind of a series format. It certainly seems like AMC will do it justice. They also have another Rice work- “The Lives of the Mayfair Witches“- coming to screens in 2023.

We eagerly await “Interview with the Vampire” series debut on October 2nd.