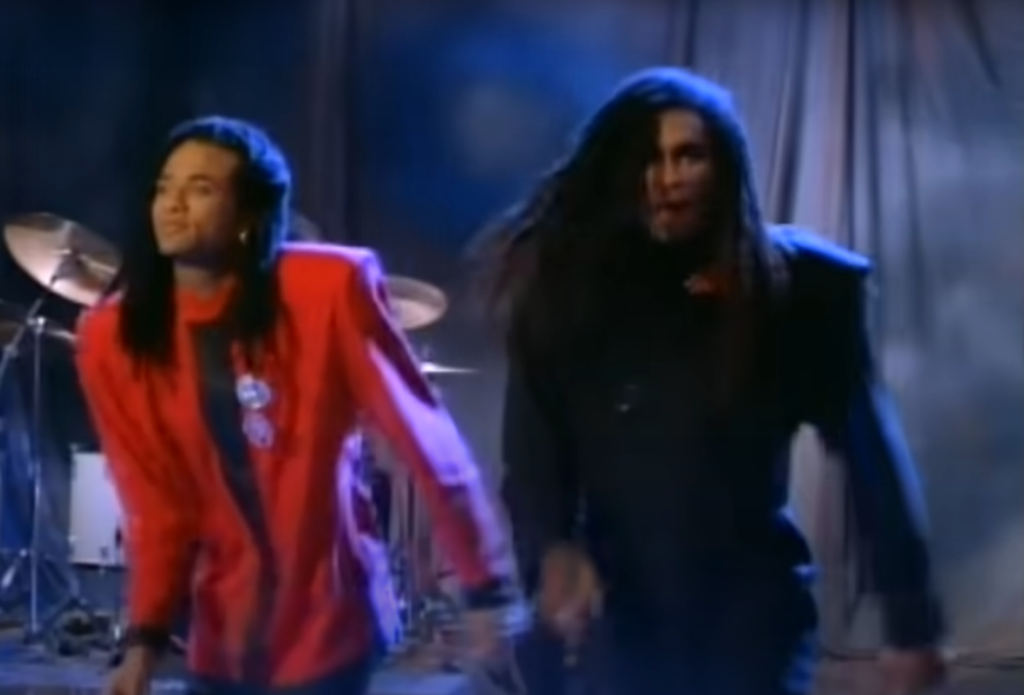 We’re Getting a Milli Vanilli Biopic for Some Reason

The saga of the rise and fall of Milli Vanilli seems like it would have everything necessary to make for a entertaining biopic. There’s success, drama, attempted comebacks, a grand public fallout, and tragedy. The group’s name is often brought up when the subject of live performance gaffes is mentioned. They remain the only group in the history of the Grammys to ever have an award revoked. If you’re lucky enough to remember them, you know what led to their failure. If you don’t, there’s a movie being filmed to tell you.

It’s hard to describe how popular Milli Vanilli was in their heyday. Despite having five top five singles, with three of them going to number one, their success is almost never spoken of today. For those needing a quick crash course in Milli Vanilli history, the group was a pop/dance duo based out of Germany that had massive international fame with their album, “Girl You Know It’s True” or “All or Nothing” as it was titled in Europe. For a full year, from December of 1988 to December of 1989, the album and its singles dominated the charts. Until the fallout happened.

The incident that makes Milli Vanilli as infamous today as they were famous back then occurred during a MTV concert in July of 1989. During a performance of the song, “Girl You Know It’s True” the vocal track started skipping, showing that the two performers, Fab Morvan and Rob Pilatus were not actually singing. It would later be found out that they were effectively just models, hired for their appearance. The actual vocalists, John Davis, Brad Howell, and Charles Shaw were either uncredited, or only credited as backing vocalists.

Despite what other sources would tell you, the façade didn’t end right then and there. The duo’s success continued for several months after. As word spread about the incident coupled with ridicule from the press, fans, and media their follow-up album was made without the involvement of Morvan and Pilatus. This led to them trying to become a musical duo in their own right, with Milli Vanilli rebranding behind the actual vocalists. The rest of the story is met with tension, tragedy, and failure.

It’s because of all this that a biopic, done properly, could be something pretty special. The upcoming film, which shares the name of their “Girl You Know It’s True” album, is set to wrap up filming in December of this year. The duo of Pilatus and Morvan will be played by Elan Ben Ali and Tijan Njie and be based off a screenplay written by Simon Verhoeven, who will also serve as the film’s director.

In the meantime, if you want to see how absurd the popularity surrounding Milli Vanilli truly was, you can always watch part of this episode of “The Adventures of Super Mario Bros. 3” where the musical duo guest starred. This isn’t a joke. It actually happened. Princess Toadstool is a massive fan.