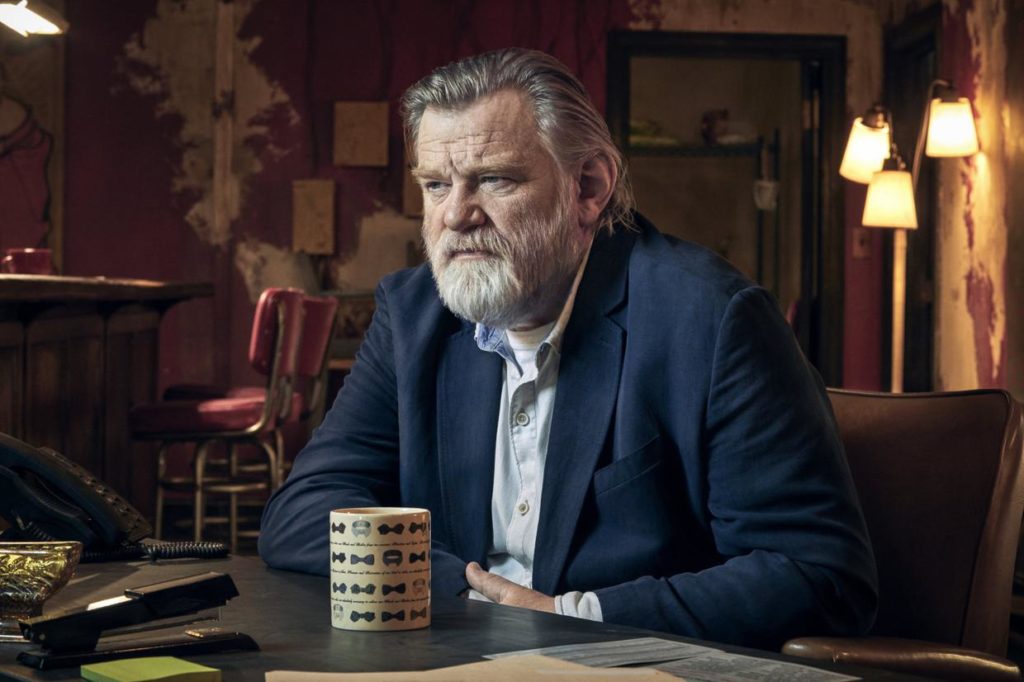 Brendan Gleeson (“Mr. Mercedes“) has joined the cast of“Joker: Folie à Deux,” the sequel to Todd Phillips‘ “Joker.” He will be working alongside Lady Gaga and Joaquin Phoenix.

When “Joker” was first announced, there wasn’t a lot of confidence around Warner Bros. Pictures and DC Films’ collaboration. Making a moody character study of the iconic Batman villain didn’t feel like a comic book movie, and was considered a hard sell. But “Joker” got a lot of buzz thanks to fall film festivals, and it became a box-office hit grossing $1 billion (the 4th highest-grossing R-rated movie of all time). It even took home 2 Oscars for Best Actor (Phoenix) and Best Score (Hildur Gudnadottir).

Todd Phillips will be returning as director and writer for “Joker: Folie à Deux.” The script was co-written by Scott Silver, who also wrote the first film. The plot for the sequel is a bit of a mystery. There are rumors it will have musical elements, and take place at the infamous Arkham Asylum. This makes some sense considering Arthur Fleck/Joker (Phoenix) is sent to Arkham at the end of the first film. It is currently unknown who Gleeson will be playing, but Zazie Beetz will reportedly be reprising her role as Sophie Dumond. Lady Gaga is playing Harley Quinn, but whether or not we see her as Dr. Harleen Quinzel is a mystery.

There may also be a small clue about the film’s plot in the title. Folie à Deux is a medical term that refers to an identical or similar mental disorder that affects 2 or more individuals at the same time. An illness that is usually shared among family members.

“Joker: Folie à Deux” is set to hit theaters on October 4th, 2024. We’ll let you know what we hear about this and other news.