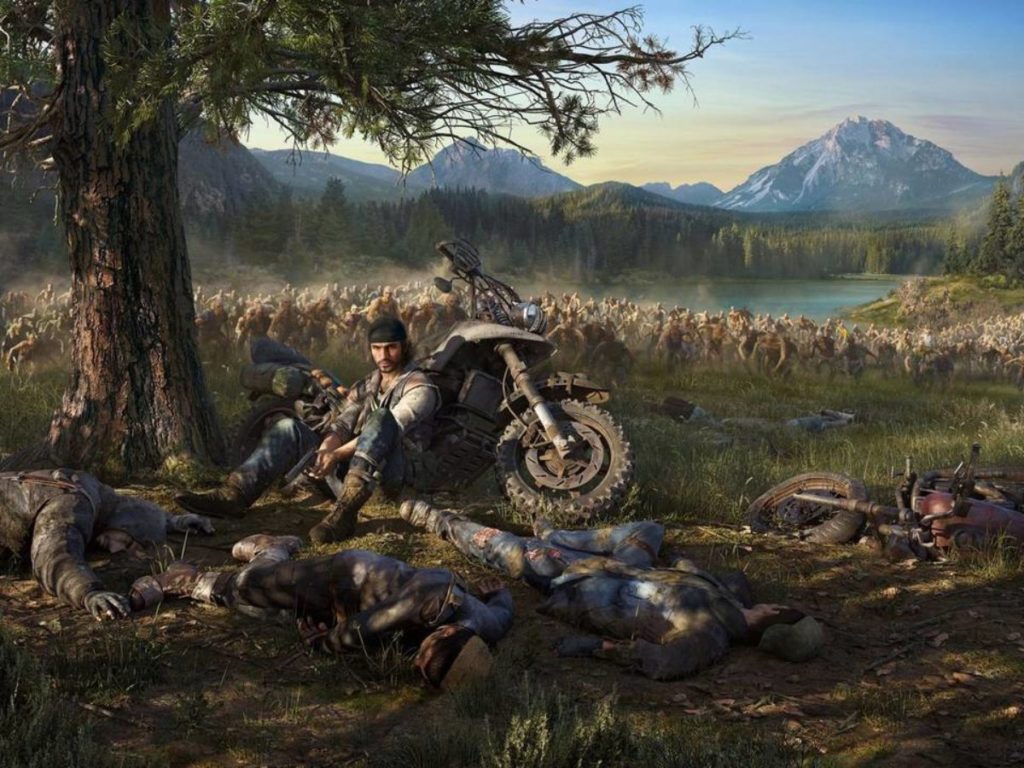 “Days Gone“ is perhaps the most unique of the many Sony intellectual properties to make a name for themselves on the PS4. Despite being yet another zombie title, the gruff, motorcycling character of Deacon St. John resonated with players. By most metrics, the game was successful and yet still not successful enough for Sony to greenlight a sequel to it. While we’re not getting a sequel game, we ARE getting a film.

“Outlander” heartthrob Sam Heughan may star, presumably as Deacon St. John. The good news is Heughan is comfortable on a motorcycle, as seen on STARZ’s “Men in Kilts.” Also, possibly why he’s no longer in the 007 running.

Sheldon Turner is penning the script. Turner is most successfully known for writing the screenplay adaptation of the novel “Up in the Air” with Jason Reitman (“Ghostbusters: Afterlife“) in 2009. While this is a great accomplishment, it might be worth mentioning that this is also the man who wrote “The Texas Chainsaw Massacre: The Beginning.” So maybe it was Reitman carrying the bulk of that previous work.

“Days Gone” was received luke-warmly by critics at the time, though was more positively met by fans who enjoyed its take on third-person action in a post-apocalyptic zombie world. The motorcycle usage and grittier approach to storytelling drew obvious comparisons to “Sons of Anarchy,” which makes sense given the show’s popularity during the game’s development cycle. Earlier this year, there was a bit of a rallying cry for a sequel with a number of fans wondering why Sony hadn’t shown more support for the IP alongside franchises like “God of War” and “Spider-Man.”

We’ve been actively keeping up with news of Sony’s game adaptations. We already know there’s a “Twisted Metal” series coming to Peacock. “The Last of Us” will be hitting HBO Max. Of course, the quality of video game adaptations in film and television of the last few years have been…lacking. But maybe these Sony projects could finally break that trend.

Or maybe “Days Gone” fans will just be praying they got that game sequel instead.