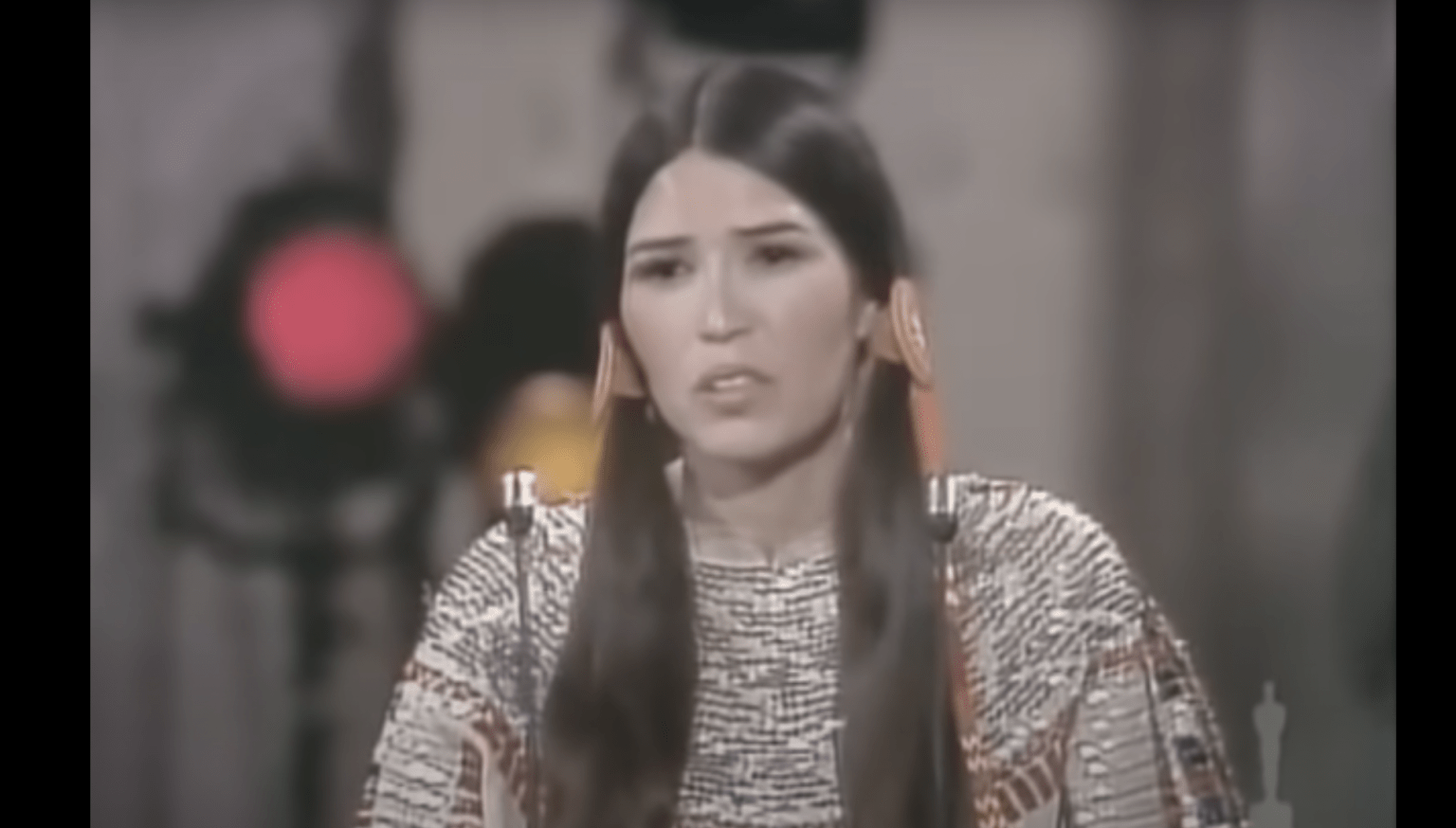 Imagine taking almost 50 years to apologize for something. We’re not talking spilling someone’s drink, or breaking a curio accidentally. We’re talking the Academy’s terrible treatment of Sasheen Littlefeather at the 1973 Oscars. Littlefeather, who is First Nation Apache/Yaqui/Ariz, was invited to the ceremony by honoree Marlon Brando. The “The Godfather” star did not attend the awards that night, but had Littlefeather accept the award on his behalf.

Once she exited the stage, she was jeered and threatened by Academy members and others also in attendance. One story from the evening has western film star John Wayne “being physically restrained” from attacking Littlefeather following her plea.

This brings us to the news that the Academy of Motion Picture Arts and Sciences has formally invited Littlefeather to attend a special event at the Academy Museum, where a full statement of apology will be read.

“The abuse you endured because of this statement was unwarranted and unjustified,” outgoing Academy President David Rubin wrote to Littlefeather in June of this year. “The emotional burden you have lived through and the cost to your own career in our industry are irreparable. For too long the courage you showed has been unacknowledged. For this, we offer both our deepest apologies and our sincere admiration.”

Her reaction was understandable. “I was stunned. I never thought I’d live to see the day I would be hearing this, experiencing this. When I was at the podium in 1973, I stood there alone.”

The event, which will be live streamed for free (pre register here), will take place on September 17th, 2022. You can read the Academy’s letter of apology and more about the event from our friends at The Hollywood Reporter here.