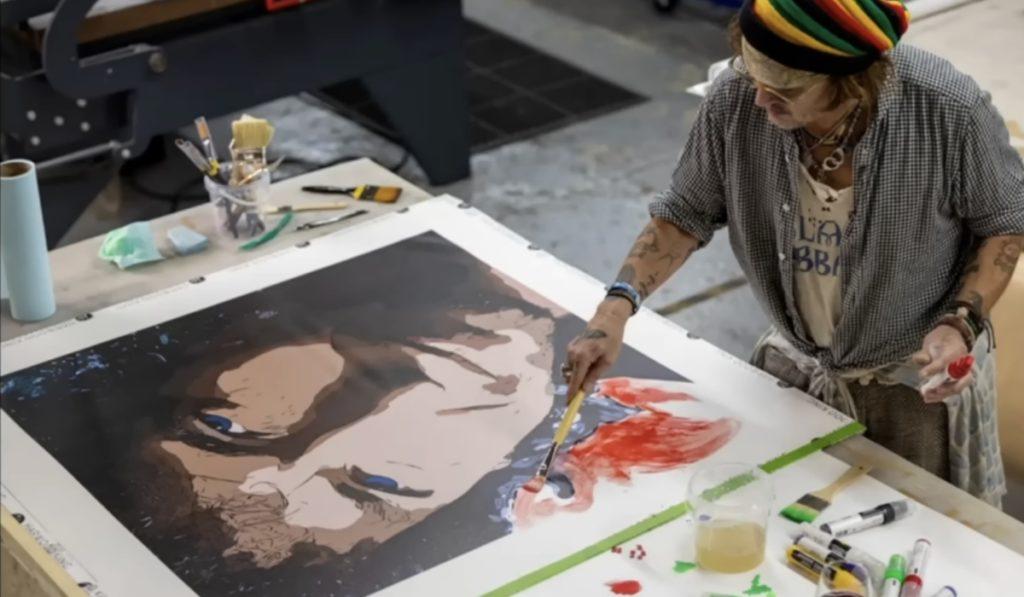 It should come as no surprise that actor Johnny Depp is a passionate artist on the canvass just as much as he is on the movie screen. The 59-year-old finally let some of his personal art go on sale this week through Castle Fine Art’s 37 galleries and London’s Convent Garden. He made about $3.6 million during the event.

“I’ve always used art to express my feelings. My paintings surround my life, but I kept them to myself and limited myself,” Depp said of his art. “No on should ever limit themselves.”

The collection of paintings reflect some of the people who have played prominent roles in Depp’s life as the event was titled The Friends And Heroes collection. On that, Depp said the portraits “reflect on those who matter most to me, like family, friends and people I admire.”

This news was released via Depp’s Instagram about the sale as there were 780 pieces sold within hours. The gallery described the actor’s work as, “at the intersection of pop art an street art” and “pop art with feeling.” There will be more of Depp’s art sold through the gallery in the future as they have no plans to stop.

Depp sold a handful of NFTs titled Never Fear Truth, which also portrayed some of his friends and family, raising $800k for charity.

It appears Depp has no plans to stop being a star, even after a highly publicized defamation case. Here’s hoping that somehow fans can get their hands on a piece of that high priced art, someway, somehow.