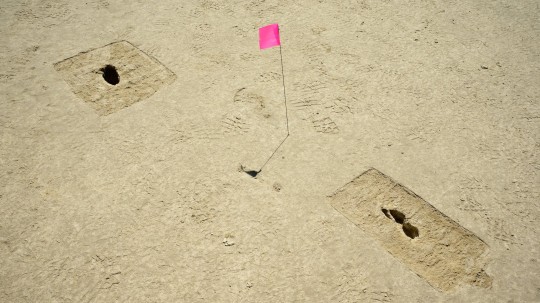 Researchers from Cornell University and the Far Western Anthropological Research group reportedly uncovered a series of ‘ghost tracks’ when driving through the salt flats at the United States Air Force’s Utah Testing and Training Range. These ghost tracks only appear when moisture conditions are just right, disappearing from view at all other times. After returning with ground-penetrating radar, researchers discovered 88 distinct footprints from adults and children, dating back 12,000 years. The footprints were found at a site called Trackway, just half a mile from where a likely 12,300 year-old fire pit, charcoal, charred bird bones, projectile points, stone tool and even tobacco where found in 2016.

Daron Duke, a principal investigator with the Far Western Anthropological Research Group, explains that these footprints came to be preserved because the Utah salt flats used to be a wetland area. Rather than the arid desert it is today, “people appear to have been walking in shallow water, the sand rapidly infilling their print behind them – much as you might experience on a beach – but under the sand was a layer of mud that kept the print intact after infilling.” This process allows us to get a glimpse of footprints that otherwise would have vanished during the last Ice Age.

Members of local Native American tribes are being consulted on the footprints, as well as taken to visit the excavation site. The team say it’s vitally important to have indigenous group’s perspectives, as the footprints will have been left by their ancestors. Hopefuly we’ll hear more about this story in the near future as the prints are verified and findings are peer-reviewed. 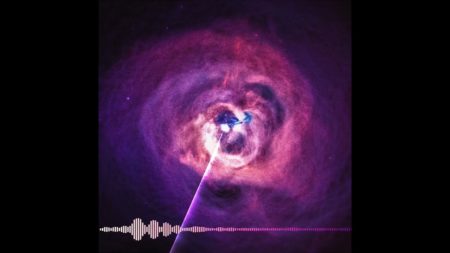