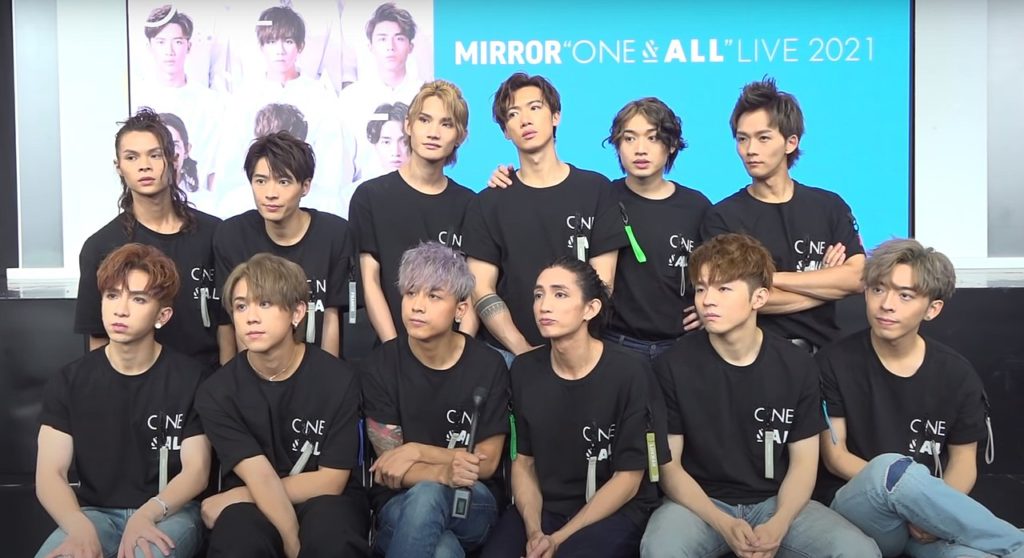 On stage accidents for bands have run the gamut from being hilarious to deadly. For every Spinal Tap like mishap there is a completely tragic opposite that can severely injure someone or tragically end their life. Unfortunately one of the latter occurred yesterday at the Hong Kong Coliseum during performance by Cantonese boy band, MIRROR.

Footage of the incident shows one of the large monitors hanging above the stage landing on its side directly on top of one of the members. It then falls flat to the left, landing on another member of the band. Reports indicate both of the members are in the hospital, though one is listed as being in serious condition with neck injuries, the other in stable condition with head injuries.

There is video footage of the incident currently on Twitter, viewer discretion is obviously advised.

The remainder of the show was canceled, as has the rest of the tour that was supposed to run until August 5th. This has apparently not been the only accident to occur during the tour, either. Previously, one of the singers fell off the stage while another was injured during rehearsal, though the nature of the injury was not disclosed. Few things happen in a vacuum though and when it comes to concert tours, if something is going wrong near the start, it’s likely it will continue unless serious consideration is taken to address the issue.

When it comes down to something like a large LED monitor dropping from a stage rig, clearly something majorly had to fail or something was not performed properly in terms of inspection and assembly. It looks like each monitor is only being held up by two support cables. One of them snapped followed by the other. Why are there only two cables? Where did the failure happen, in the cable itself or where it was fastened? It seems like a combination of a lack of safety precaution and potentially a lack of inspection. Maybe it was a failure no one could’ve detected, but clearly two cables is not enough for a monitor of that size.

We can only hope for the recovery of both of the injured band members as well as an emotional recovery for those affected by this accident. These things are not to be taken lightly. The R&B and Soul music legend Curtis Mayfield was left permanently paralyzed from the neck down after part of a lighting rig fell on him while on stage at Wingate Field, Brooklyn NY in 1990. Knowing that one of the injured parties from MIRROR has neck injuries only intensifies these concerns.

If we receive any status updates we’ll be sure to report them as we continue to hope for the best and extend our well-wishes to all those affected.