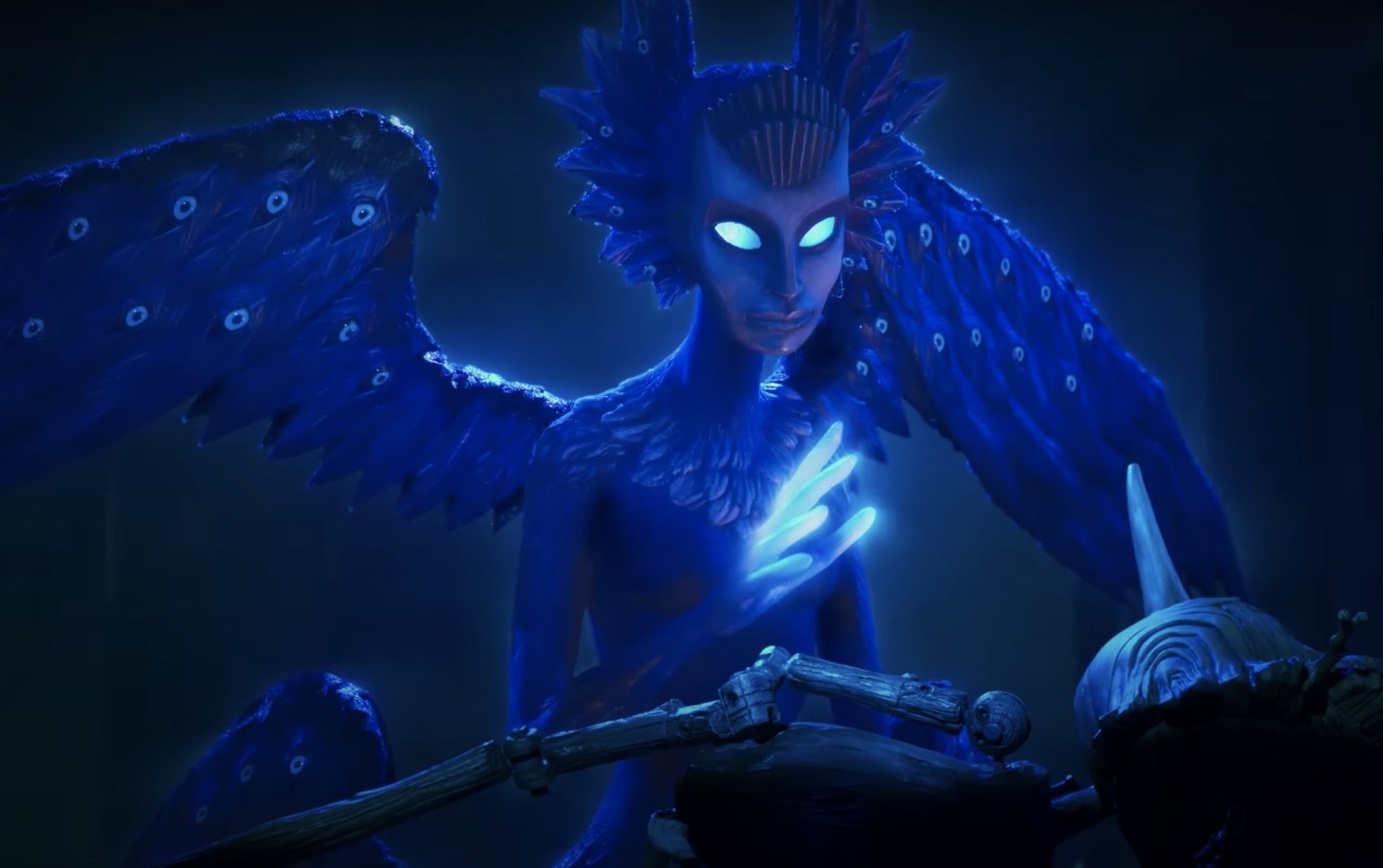 Netflix has released a new teaser trailer for Guillermo del Toro‘s new animated version of “Pinocchio.” The fanciful footage gives us some serious insight into the overall look and feel of the film. It opens with Cricket narrating “From my many wanderings on this earth, I had so much to say about imperfect fathers and imperfect sons, and about loss and love.”

“I’ve learned that there are old spirits who rarely involve themselves in the human world. But, on occasion, they do,” he adds. “I want to tell you a story. It’s a story you may think that you know, but you don’t …a story of the wooden boy.”

All while we see a grieving Geppetto (voiced by David Bradley) carving Pinocchio (voiced by Gregory Mann) out of wood. Deviating from Disney’s interpretation of Carlo Collodi‘s novel, Cricket (voiced by Ewan McGregor) will be living inside Pinocchio’s wooden heart.

del Toro did an interview with Vanity Fair where he explained his vision for the film. It “couldn’t be more different than any other version of Pinocchio,” he stated.

“It’s counter to the book, because the book is seeking the domestication of the child’s spirit in a strange way,” referring to the emphasis on Pinocchio’s lying. “It’s a book full of great invention, but it’s also in favor of obeying your parents and being ‘a good boy’ and all that. This (movie] is about finding yourself, and finding your way in the world—not just obeying the commandments that are given to you, but figuring out when they are okay or not.”

He insists “Blind obedience is not a virtue. The virtue Pinocchio has is to disobey. At a time when everybody else behaves as a puppet—he doesn’t. Those are the interesting things, for me. I don’t want to retell the same story. I want to tell it my way and in the way I understand the world.”

Despite the serious tone of some of the ideas del Toro is expressing the trailer is full of whimsy and childlike wonderment. But teaching important concepts through fantastical visuals and storytelling is certainly this Academy Award-winning director’s wheelhouse.

Del Toro’s “Pinocchio” does not have a set release date yet. The trailer does say it will be in select theaters in November, and on Netflix in December.