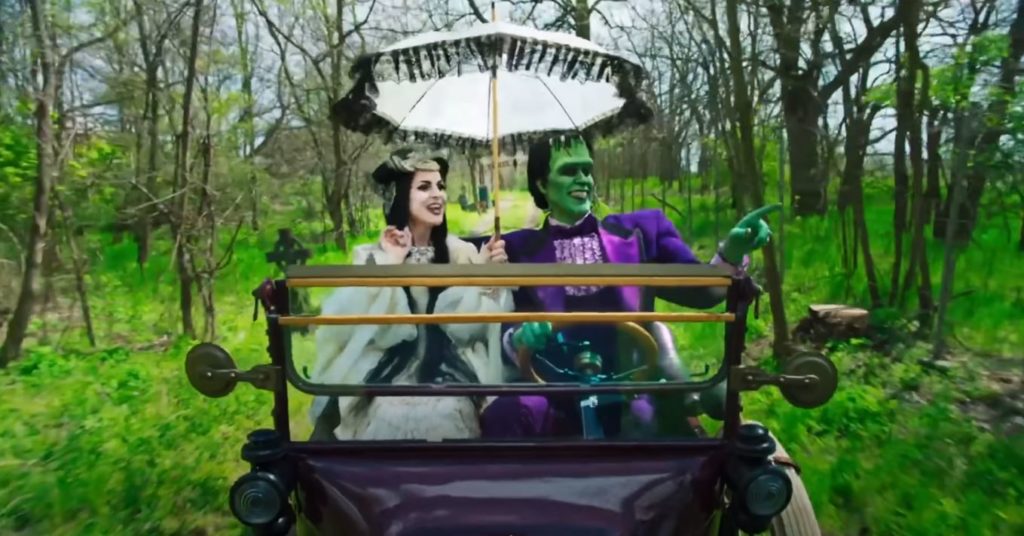 Rob Zombie expressed some exasperation this week over reception to his “The Munsters“ trailer. He took to social media and cleared up some misinformation that’s been drifting. The internet wasted no time in blasting the film’s trailers for looking cheap. Turns out, that’s not all that far from the truth.

Rumors arose about the budget for the film being roughly $40 million. A Facebook post nipped any further baseless information in the bud. “How the hell did everyone get the idea that The Munsters cost 40 millions dollars?…it wouldn’t even add up to 30 million…the movie was never going to theaters or Peacock or Paramount. It was always being made for Netflix,” Zombie said.

So for those side-eyeing the production quality, here’s your answer. As for the grumbling about casting choices, Zombie chose to use actors he already knows to avoid the frustrations of working with people unfamiliar with his style.

He makes the valid complaint of the internet’s habit of rumors that quickly turn into unsupported facts, and fan the flames of irate mob mentality. Given that the rumor seemingly popped up out of nowhere along with fans angry for the wrong reasons, he’s not off the mark. While it changes nothing for fans of the original series disappointed by this new iteration, this at least sets the record straight; heard right from the Zombie‘s mouth.

“The Munsters” will premiere on Netflix and have its blu-ray release on September 27th, 2022.