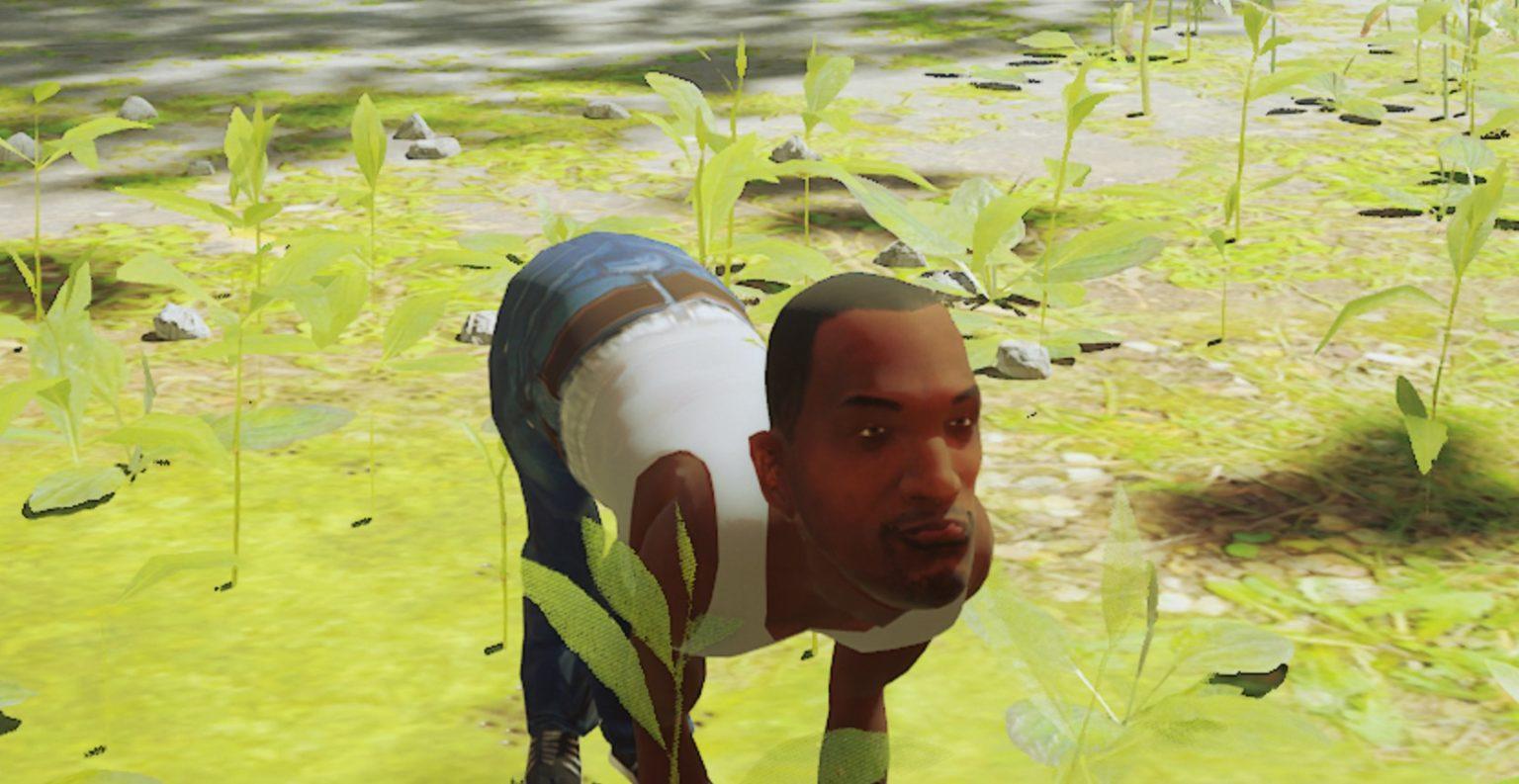 For those who’ve picked up the game “Stray” currently out for PC and PS5, there’s a mod that you may want to try out. Originally I was set to write about the fact you can play as CJ from “Grand Theft Auto.” But after doing more exploring within the different mods for the game, I came to the executive decision that there are too many weird mods to just feature one. Here are some of the craziest ones I could find.

These mods are available to download by Nexusmods where they give you detailed instructions on how to implement the files and skins.

Of course the file name is JOKE mod CJ. It’s hilariously creepy and he moves like a spider. The working theory for this mod is that the creator wants to put CJ into any game that exists. The three cats in the beginning are broken and all share the same cat model. Get the file to play as CJ here.

This audio mod replaces the cat’s meow with a “Jason” to call to find your lost son. You won’t have to push the meow.. er Jason button very many times to annoy everyone in the house. View the mod here.

Want to play “Stray” with your kid but can’t get them to stop playing “Minecraft?” How about implementing this skin which will allow for you to turn your cat into a pig from Minecraft? You can view the files for it here.

What game would be complete without a fart sound effects mod? Now you can play through the game with a very farty kitty. Check out the mod here.

Another good audio mod that will eventually annoy everyone. Listen to Peter Griffin as he sings “Memories” when you press the button for Meow. Click here to see the mod.

You can play as Bolt from the Disney movie “Bolt” with this adorable mod. Maybe not the craziest but one we’d definitely want to play. View the file for it here.

You can play as Garfield, the Monday hating and lasagna loving cat! This is the Garfield game we always wanted but never got. Believe me, if you’ve watched Jeff Gerstmann previously of Giant Bomb play any of the Garfield games, you’ll know what I mean. Download Garfield Game Mod here.