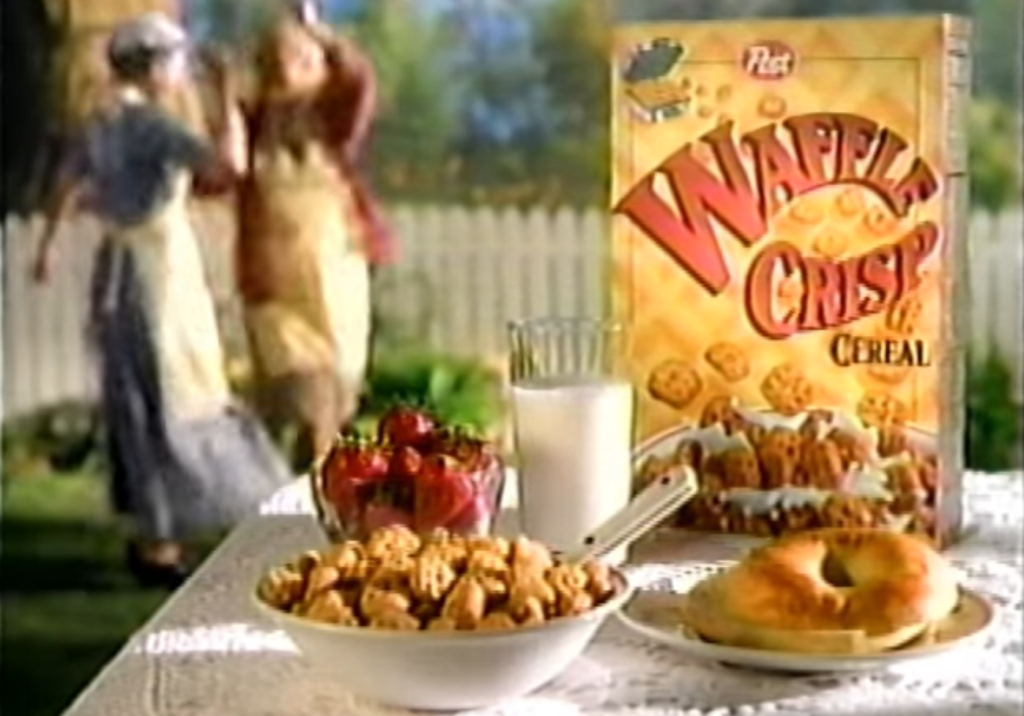 The circle of life moves us all, just as it moves breakfast cereals. From shelf to stomach, to the shelf again, and sometimes to the discontinued list. Who can forget cereals like Kaboom, or Urkel-os, or Kellogg‘s Cinnamon Mini Buns? Okay, maybe some of them are pretty forgettable, but what about Oreo O’s or Waffle Crisp? Those are more likely to ring a bell, so much so in fact that Oreo O’s was eventually brought back to shelves. Also, we’re happy to say that Waffle Crisp is back as well.

Waffle Crisp dates back to 1996, as indicated by this commercial from that year. Here you’ll see a number of Granny’s working in what appear to be the equivalent of a sweatshop, making individual waffles for you to consume and slaving over hot griddles for hours upon hours.

These OSHA violations went unchecked for sometime until the cereal brand was shuttered in 2018. Even though the grannies were supposedly set free from their workshop prison, consumers were denied the sweet, sweet taste of Waffle Crisp cereal. There was an attempt to bring the cereal back in 2021. The cereal was packaged in large two pound bags and sold exclusively at Wal-Mart for a time. As it turns out, this may have been a trial run of sorts to see if there was enough interest in bringing the product back full time.

This follows a pattern that had been set back in 2017 with Oreo O’s. Prior to coming back to shelves, Malt-O-Meal had sold a very similar cereal under the name of Cookies & Cream in their typical large bag style. Then the Oreo O’s came back to shelves and the people rejoiced and spiked their blood sugar levels. Maybe post is reading the room and finding out that people don’t know what they have until it’s gone? Incidentally, given supply chain issues that are still continuing from COVID-19, it might not be a bad idea they’ve got going. See what consumers are actually clamoring for and design SKU’s based on that.

The official Post website states the cereal will be rolling back into stores this summer. While it doesn’t state this is a limited time deal, it also doesn’t say it’s not. Hopefully they’re looking at making this a permanent staple of their cereal repertoire again. It’s worth noting though that when I attempted to use their cereal locator on the website, I was unable to find any Waffle Crisp in my area. Maybe it’s too soon and the rollout just hasn’t hit this region of Central New York yet, or maybe God has forsaken us yet again. Either way, if you’re lucky enough to find a box in stores, grab it and enjoy it. Life is too short not to enjoy needlessly sugary breakfast cereal.