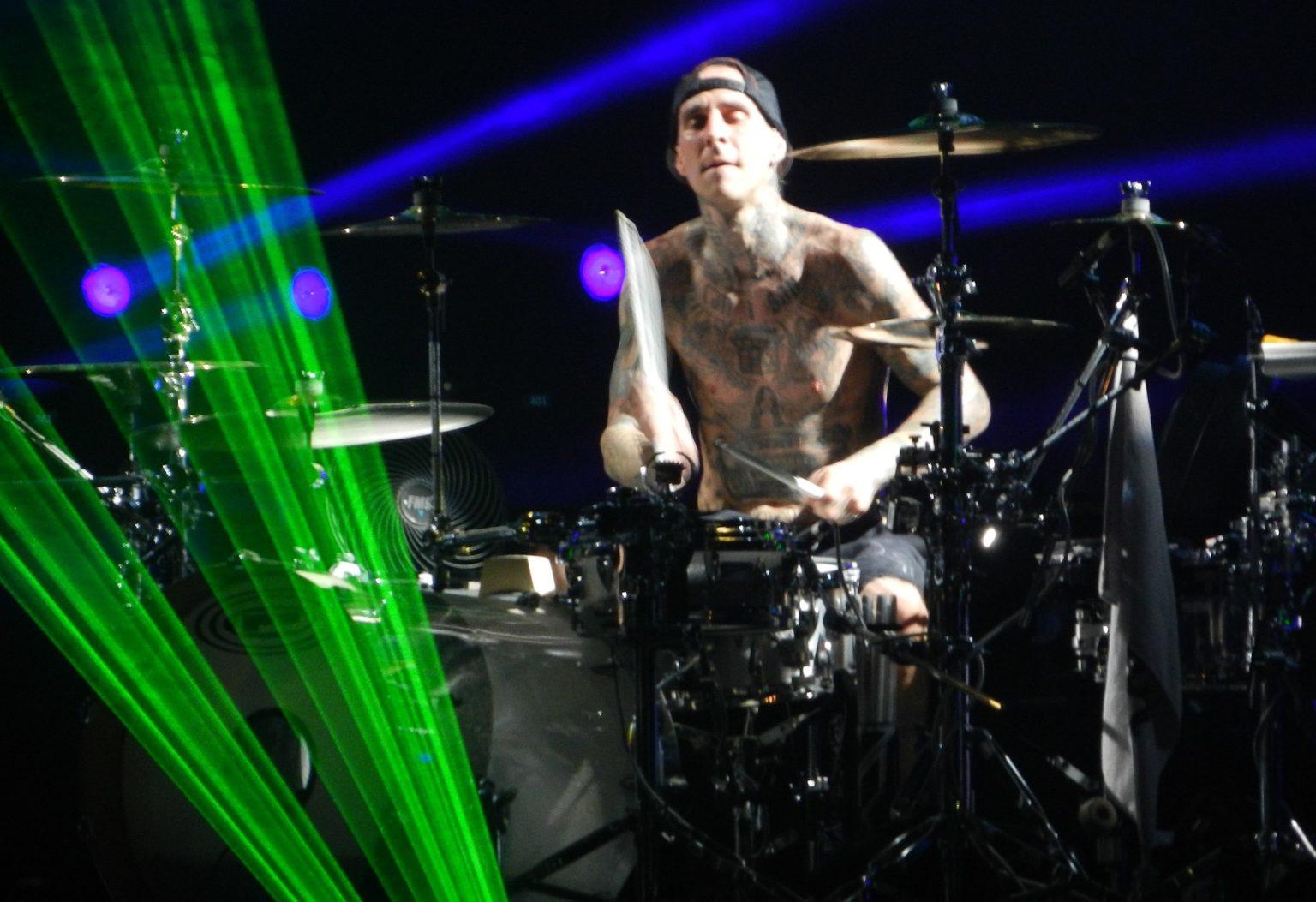 Drummer Travis Barker was transported to Cedars-Sinai Medical Center in Los Angeles in some kind of emergency medical situation. Barker was admitted to the hospital on a stretcher. Wife Kourtney Kardashian was also seen at his side during his ordeal. It is unknown why Barker is in the hospital or what his condition is.

According to TMZ, Barker has pancreatitis. The outlet says doctors believe it was “triggered by a recent colonoscopy.”

There have been several posts on social media that hint that something very bad could be happening, including his own. Barker’s daughter, Alabama, posted on social media to ask fans to pray for him.

Another post by Travis sent earlier in the day is causing quite a stir. This morning, Barker sent a tweet that said only, “God save me”. While that sounds awfully cryptic, it could also be a case of unfortunate timing. Earlier in the year, Barker produced an album with Machine Gun Kelly titled “Mainstream Sellout.” There is a track on the album titled “God save me.” It could be possible that there was a promotional event that Barker was about to do before encountering a health issue.

Current Projects and Past Health Problems

This year has already been very busy for Barker. Along with marrying Kourtney in March, Travis is currently developing a new reality series called “Inked and Iced“. The show would feature people getting tattoos and upscale dental implants by celebrity doctors. This was in addition to doing work on a number of albums as a producer and performer.

He has also previously faced other health related issues in the past. In 2018, he suffered blood clots and a staph infection. He also had a widely publicized recovery period in 2008 after surviving a plane crash in Georgia. Barker would undergo a number of surgeries to treat burns he sustained in the crash. Despite these personal events, Barker would remain consistently busy and in the public eye.

Hopefully, updates on the condition will be positive.