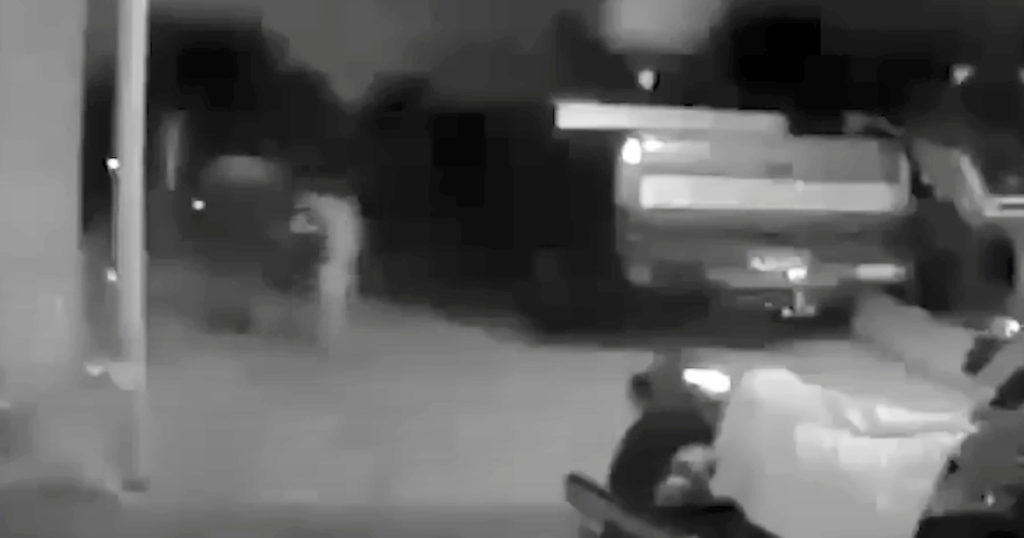 A Texas native has released footage of a possible alien near her carport. Victoria Alvarez was completely stumped as to what the figure passing by in the middle of the night could be. There have been multiple cryptid sightings lately- especially in the Texas area- with one of the most recent being at a zoo in Amarillo. So, Alvarez turned to the internet to help decipher what the figure could possibly be.

She first shared the video with a local tv station in hopes that someone knew something. Maybe they had seen it in person if they were in the community of La Union, where the mysterious figure was captured on film. Onlookers online have mixed feelings about this possible cryptid. Some say it looks like a dog-man, while others are convinced it’s a child.

If you look at it at face value, it could certainly be a human. But if you increase the brightness and adjust the contrast, it’s definitely something out of this world. It appears that there are multiple straggly bits that don’t seem human-like. It also looks hunched over at an extreme angle. There are those who were guessing that this may have been a possible thief checking to see if cars were unlocked. But the way it moves and glides says otherwise.

If you want my opinion, to me, it kind of looks like a California skateboarder kicking off and then gliding down the road. Of course, it’s all in the eye of the beholder. Check out the video below.