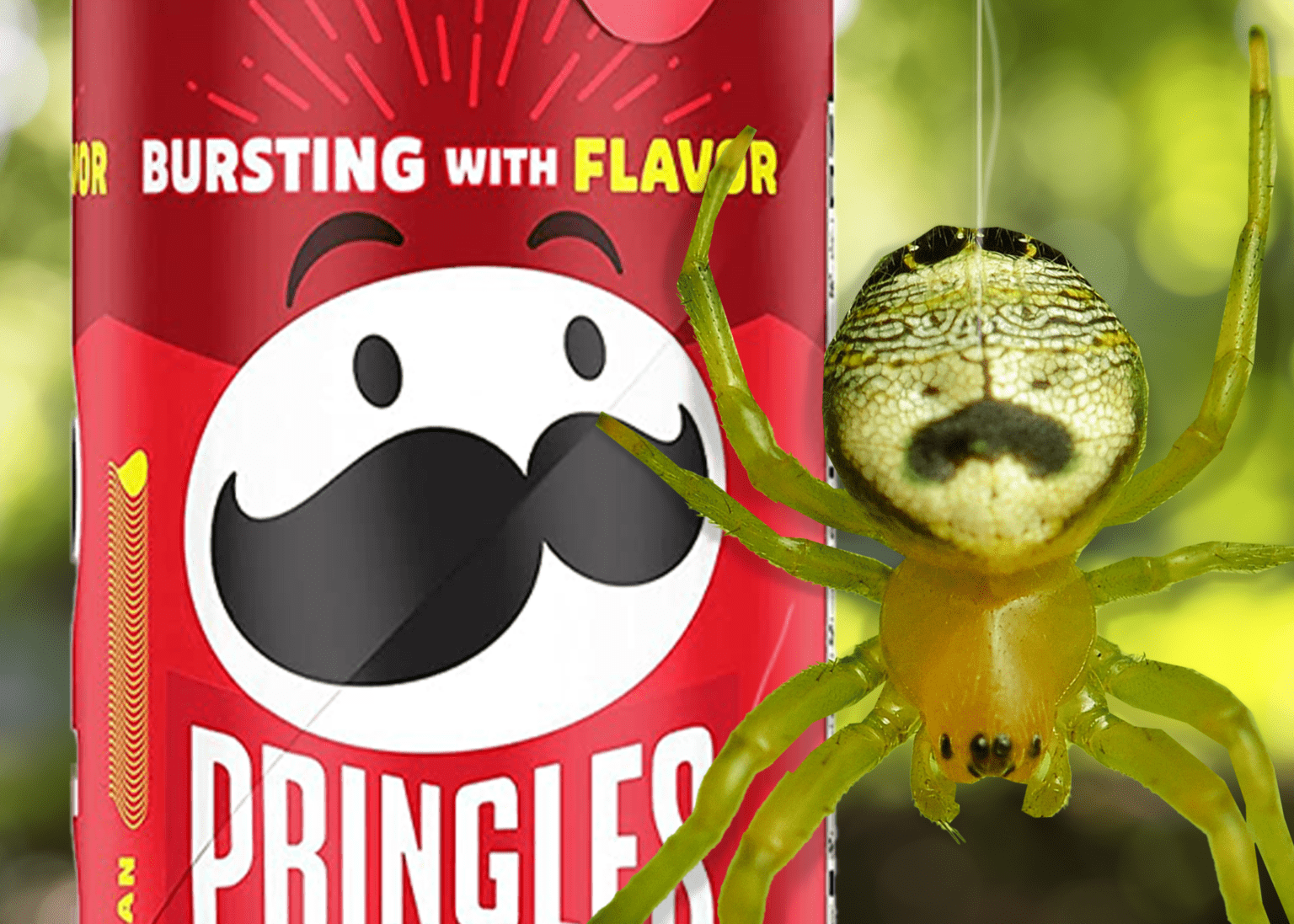 Pringles has thought of a great way to get their name out there. All they have to do is rename a spider! The Kidney Garden Spider looks enough like Mr. P from their adverts that they are trying to get it officially named the “Pringles Spider.” It’s a smart move for a few reasons, namely it’s free advertising.

Pringles can’t simply sit back and do nothing when there is something in the wild this WILD – this natural phenomenon must be addressed. That’s why Pringles wants to put this little-known Kidney Garden Spider on the map and officially recognize it forevermore as the Pringles Spider.

One look at this incredible spider and it hits you – that spider looks JUST like the iconic logo. Once you see it, you can never unsee it. The spider has discernable eyes and a signature mustache shape from those cans of delicious stackable chips. The resemblance is unCANny. Even if they don’t get the spider renamed this is still a pretty cool idea.

From what it looks like, this will historically be the first animal to be renamed by a brand. If they are successful it will be interesting to see if any other companies will try to rename species in the future.

Sign the petition for a chance to win free Pringles. Fans will also be able to “adopt” their very own virtual Pringles Spider starting June 28th.