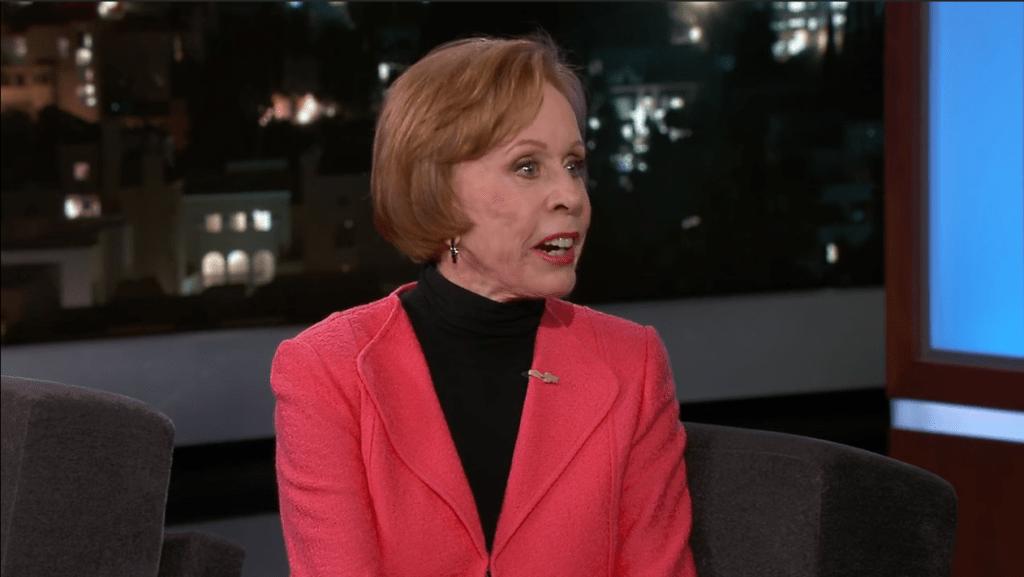 When a television series goes into its final season after a successful run, one can only hope they go out with a triumphant bang. If there were ever a time to pull out all the stops, this would be it. With AMC‘s “Better Call Saul” currently in the middle of its two-part final season, surely there had to be some surprises left in store. Safe to say we didn’t anticipate the arrival of television legend Carol Burnett into the “Breaking Bad” universe.

The multiple Emmy, Tony, and Grammy award-winning actress has been on television longer than series star, Bob Odenkirk, has been alive. At 89-years old, she’s still going strong. Burnett has called “Better Call Saul” her “favorite show,” and is “thrilled to be a part of (it).” Though we don’t know much about the role she’ll be playing, we do know her character will be named Marion. Anything after that is pure speculation, but we at Nerdbot will not miss the opportunity to talk up one of the most important women in television history.

From 1967 – 1978, Burnett hosted and starred in “The Carol Burnett Show”, a sketch comedy program that was immensely successful on both a critical and commercial level. The program would end each episode with the famous ear tug that Burnett would do as a message to her grandmother. It also helped propel numerous figures to stardom in the 70s and 80s including Tim Conway, Harvey Koreman, Lyle Wagoner, and Vicki Lawrence, the latter of which would then have success with the spin-off show, “Mama’s Family.”

If Burnett doesn’t seem like a natural fit into the darker realm of drama and dark comedy that is “Better Call Saul” fear not. Back in 1992, Carol guest starred in a very memorable turn on “The Larry Sanders Show” giving a darker turn as herself and putting Garry Shandling‘s talk show host persona in a delightfully awkward position.

There’s also the much touted return of Walt and Jesse to look forward to as this spin-off wraps up its successful run. Hopefully you haven’t become tired with Bob Odenkirk yet either as AMC has more plans for him after Saul Goodman’s story comes to a close. Odenkirk will be starring in new series “Straight Man”, set to premiere in 2023.

The final six episodes of “Better Call Saul” will air on AMC starting on July 11th.