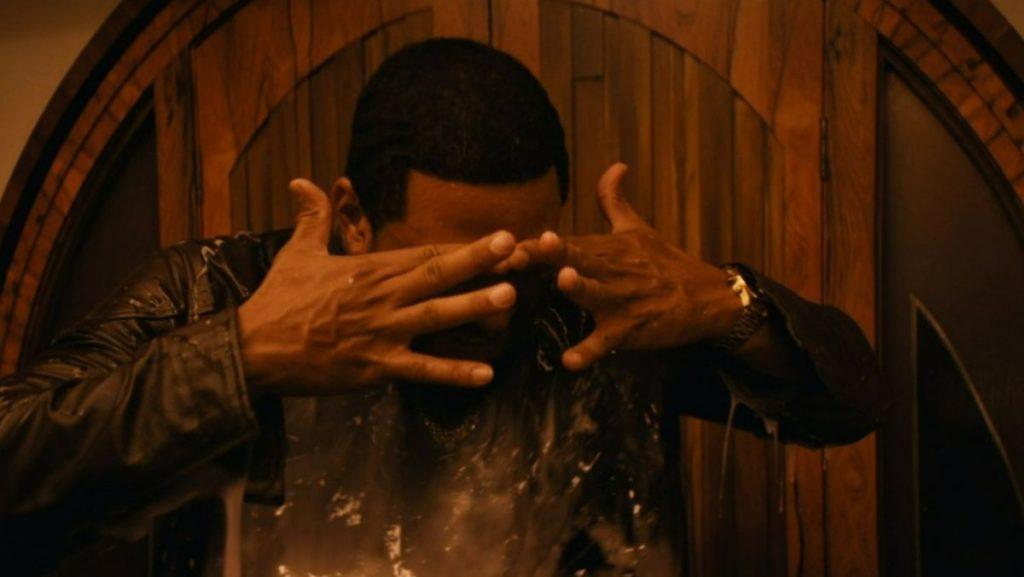 It’s no secret “The Boys” thrives on the idea that there are no rules they can’t shatter. If you’ve been following the series, you know Erik Kripke and the gang take the motto of “the limit does not exist” very seriously, with each episode in each season seeming to exist solely to prove whatever you just saw wasn’t even close to what they could do. So when episode 1 of season 3 opens with a scene many viewers wished they could unsee, the titillating indication that that was just the beginning set fear in the hearts of even the most diehard of fans.

Of course, we’re talking about the highly anticipated “Herogasm” episode, the only episode of the series to come with its own disclaimer. A disclaimer that boldly claimed (among many other things I wish now I didn’t know you could see) that the episode wasn’t suited for ANY audience. Well, I’ve witnessed whatever horrors were in store, and I’m happy to say I survived. Barely.

Rather than recap (which I’m pretty sure I can’t do without getting fired as a writer for vulgarity and offensive language), I think it’s best to unpack the episode on what it is able to achieve in spite of its offensive, supe orgy fueled marketing campaign rather than regale the things I’ve seen I wished I didn’t. I should not know what an icicle phallus is, let alone see it be used on screen, so I think that’s a conversation better suited for my therapist than a review. No, we’re not going to breakdown the gigantic, Brazzers-style superhero sex romp.

Instead, I want to talk about two key things that we learned about this episode. The first is simply how tame everything was overall, and the second is just how damn good the episode was on a narrative level. These two things help cement “The Boys” as one of the best shows on television, and demonstrate the mastery of sexually explicit imagery paired with masterpiece story telling.

The episode certainly delivers on just about everything “The Boys” said it would. But where it loses a bit of its proverbial donkey punch is when we harken back to the first episode of season 3. What happens with Termite is so far beyond anything anyone should ever witness that anything after that feels lackluster at best. This season started off with imagery truly not suitable for any audience, so trying to tease worse things is always going to fall a little short. “Herogasm” includes everything it said it would, and even included some things I didn’t even know we were going to see (I’ll never look at octopuses the same again). So while it didn’t shy away from anything the episode wanted to do and said it would do, “The Boys” is still a series that’s primary goal is to tell a continuing story. So, for all its sexual gusto, it never really makes the entire episode about the things we don’t really want to see.

While “Herogasm” is not for the faint of heart and you should absolutely think twice before embarking on a superhero orgy retreat in Virginia, the second key to the success of the episode is how good the execution of the narrative actually ends up being. The episode packs a visual overload of things that should remain unseen while simultaneously delivering some of the most meaningful character development, performances, and story advancement we’ve seen so far. Against all odds, when you strip away the supe strippers and sex workers, you’re rewarded with one of the best episodes of the entire series. Anthony Star as Homelander continues to be one of the most menacing and unsettling villains ever put onscreen, and somehow manages to be even MORE haunting and unsettling in “Herogasm.” There is simply nothing more frightening than Homelander having a man in the mirror moment with himself.

Additionally, we get to see more of Jensen Ackles as Soldier Boy, who seems be channeling the worst character defects of Dean Winchester into a single, inhuman monster willing to kill indiscriminately to get whatever he wants. But “Herogasm” also gives us the first real square dance between Homelander and Soldier Boy, a fight we’ve wanted to see since it was announced he’d be joining the show. And the episode doesn’t stop there, doubling down and letting a temp compound V Butcher (Karl Urban) and Hughie join the fight. The season has doubled down on roasting the MCU with marshmallows and California wildfire, so their recreation of the final “Captain America: Civil War” fight in true “The Boys” fashion delivers in ways I didn’t even know that the show could. And the episode doesn’t stop there, because in-between the sex fueled mansion are touching moments with Serge (Tomer Capone) and Kimiko (Karen Fukuhara), perhaps some of the most heartfelt and brutal of the entire season. Their story has always been on the outskirts of subplots, but the show manages to continue to make them and their entire relationship purposeful and engaging, and “Herogasm” knocks it out of the park here.

Every single person we’ve been watching so far gets something meaningful to do. Mothers Milk (Laz Alonso) and Starlight (Erin Moriarty) get a mismatched buddy cop pairing as they try to do things right in spite of everyone around them breaking the rules. Although as a side not, I can’t help but laugh watching MM try to square up with MF Soldier Boy. Like dude, WHAT ARE YOU DOING?! We also learn more about Black Noir, A-Train’s social justice battle comes to a fantastic conclusion, Butcher essentially goes full Homelander, Soldier Boy goes nuclear, Hughie (Jack Quaid) and Starlight have a massive falling out, and much, much more. All of this happens as the touted “Herogasm” is happening around it, and regardless of how offensive or tame you find the antics, the episode solidifies itself as being one of the most pivotal episodes of the season and demonstrates just how good the storytelling is underneath all the shock and awe.

This is all to say this episode is as crazy as they say, but somehow tamer than whatever you’re expecting, due in part to just how far they started the season off and how good the episode is outside of it all. This is just masterful storytelling, promotion and execution. And it solidifies “The Boys” as one of the most over the top but best shows on television today.

I have to issue the warning: “Herogasm” is a LOT to take in (that’s what she said), and you should not take my statements as being tamer than expected as a greenlight to go full speed ahead. Remember, we started this season with “The Boys” version of Ant-Man killing Thanos by going up his…well….you know the meme. So when you start off your entire series with THAT, it’s hard to really shock viewers with anything else. But if you’re willing to sit through it, then the episode delivers on every other level of storytelling.

And as soon as I’m done bleaching my eyes, I’ll be ready for more diabolical antics.

“The Boys” season 1-2 are currently streaming on Amazon Prime, with new episodes of season 3 hitting on Fridays.