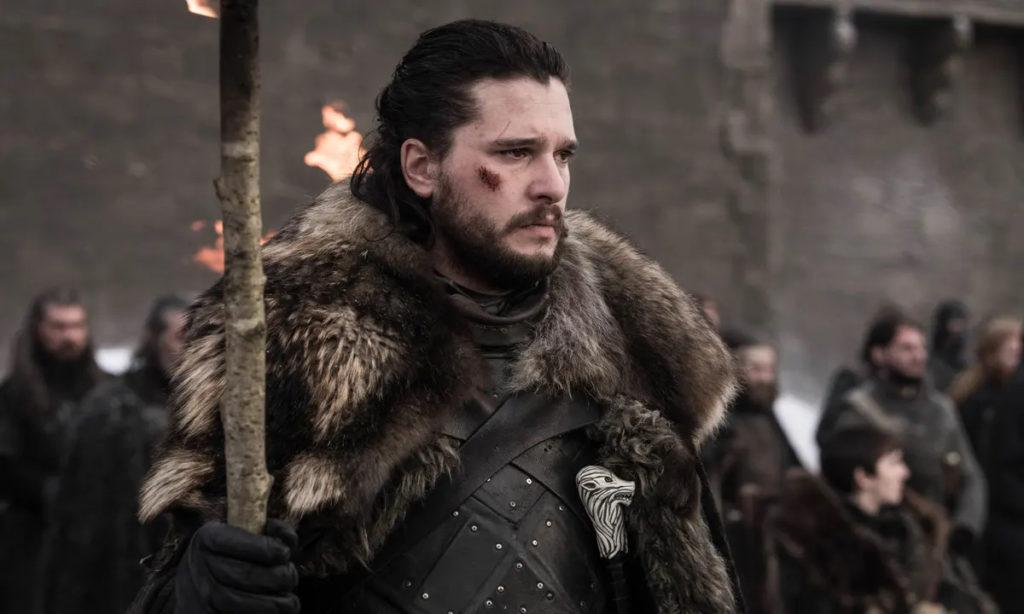 Martin confirmed the show’s existence and working title on his NOT A BLOG blog.

Yes, there is a Jon Snow show in development.   The HOLLYWOOD REPORTER story was largely correct.   And I would expect no less from James Hibberd.

….Our working title for the show is SNOW.

Martin went on to confirm Clarke’s story, that the idea for “SNOW” came from Harrington. “It seems as though Emilia Clarke has already mentioned that SNOW was Kit’s idea in a recent interview,” he said.  “So that part is out.  Yes, it was Kit Harrington who brought the idea to us.   I cannot tell you the names of the writers/ showrunners, since that has not been cleared for release yet… but Kit brought them in too, his own team, and they are terrific.”

We expect to hear more from HBO (and perhaps Harrington himself) during San Diego Comic-Con next month.

There was also an update about what the other HBO-planned “Game of Thrones” spinoff series still in various forms of development are.

“There are four live-action successor shows in development at HBO.   Word got out about three of them some time ago,” Martin shared.  “TEN THOUSAND SHIPS, the Nymeria show, helmed by Amanda Segel.   SEA SNAKE, aka NINE VOYAGES, with Bruno Heller.   And the Dunk & Egg show, THE HEDGE KNIGHT or KNIGHT OF THE SEVEN KINGDOMS, with Steve Conrad writing.   I think some of these were officially announced; in other cases, news leaked out.   (These things always seem to leak.   There are so many people involved, writers, producers, agents, and everyone has assistants, and there is always the guy who runs the xerox machine, and reporters have sources, and people gossip, so… )  SNOW has been in development almost as long as the other three, but for whatever reason it was never announced and it never leaked… until now.”