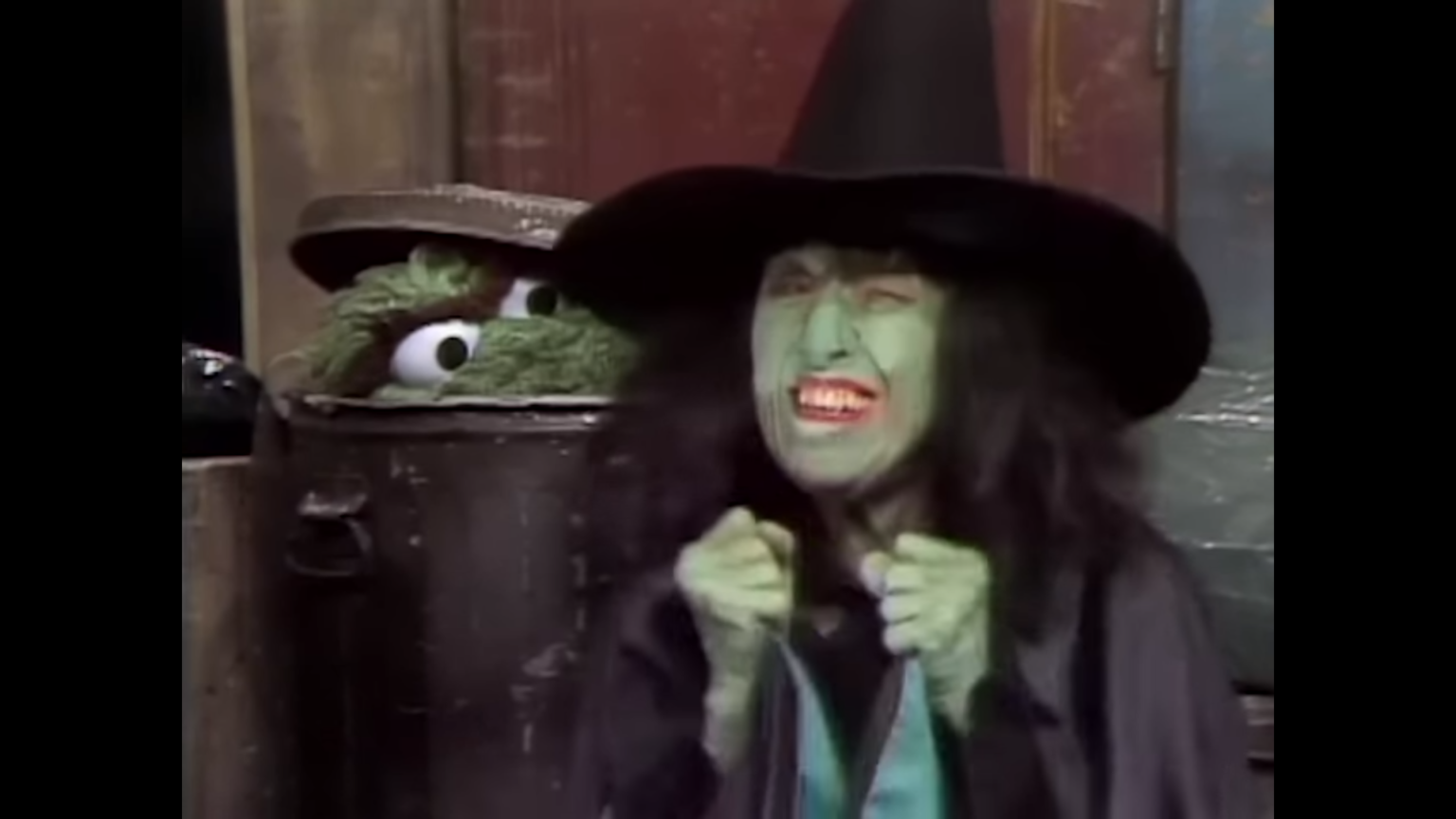 Back in the 1970s, there was an episode of “Sesame Street” that only aired once. A flood of letters from children and parents saying the episode was “too scary” arrived. Which led to the episode being removed from syndication. Most people thought this episode was lost forever. Clips surfaced online from time to time, but always in poor quality, and only a few minutes. But thanks to someone on YouTube, we can watch the FULL lost episode.

The episode in question featured Margaret Hamilton, who played the Wicked Witch of the West in “The Wizard of Oz.” In her “Sesame Street” appearance, she loses her broom, and comes to get it back. Why was this so scary for children? It wasn’t the green makeup on the witch, but possibly the fact she could so easily transform into a non-threatening grandma. Did this make kids and parents realize that stranger danger was all too real?

That’s not to say The Witch isn’t scary all on her own. Hamilton’s performance in “The Wizard of Oz” is one of the most memorable children’s villains to date. During this performance, Hamilton and her stunt double sustained second-degree burns when a trap door didn’t execute correctly during a pyrotechnic stunt. Hamilton went on to live a long life, passing at the age of 82.

Check out the lost episode now: