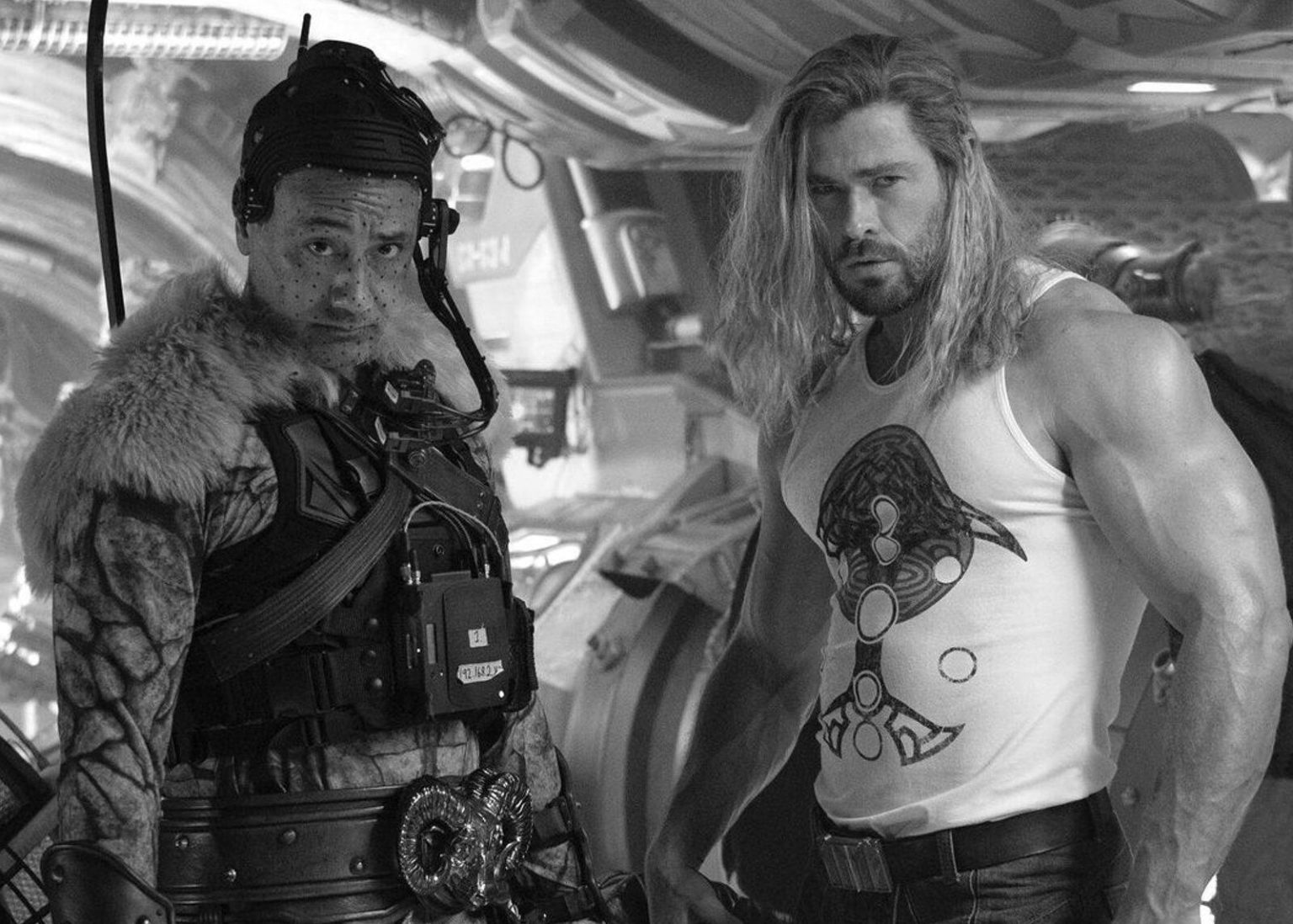 Remember that time a year ago we said Chris Hemsworth looked just like Jack Burton in “Thor: Love and Thunder?” Yeah, we remember it, because “Big Trouble in Little China” is one of our favorite films. So of course we’re going to point out the similarity between one of our favorite Marvel Studios heroes and good ol Jack Burton. In “Big Trouble,” Burton is played by Kurt Russell, who of course has already had his MCU debut in “Guardians of the Galaxy Vol. 2.” Russell, storied actor, brought Marvel Comics character Ego to life, who just happens to be Star Lord’s (Chris Pratt) dad. Kinda funny how these things work.

In the MCU, Star Lord was taken by the Ravagers from earth in 1988, so it stands to reason a young Peter Quill would have seen “Big Trouble” (which released in 1986). He might have had someone on his travels recreate Jack Burton’s outfit for him, and had it on his ship, and let the Asgardian borrow it? Or, maybe designed and dressed Thor? OR, maybe the Guardians somehow found Terran media (VHSs, etc.), and have introduced Thor to the John Carpenter film?

The entire reason we’re talking about this is because Total Film has revealed three new images from “Love and Thunder.” One of which absolutely showcases the homage to “Big Trouble” in Thor’s costume.