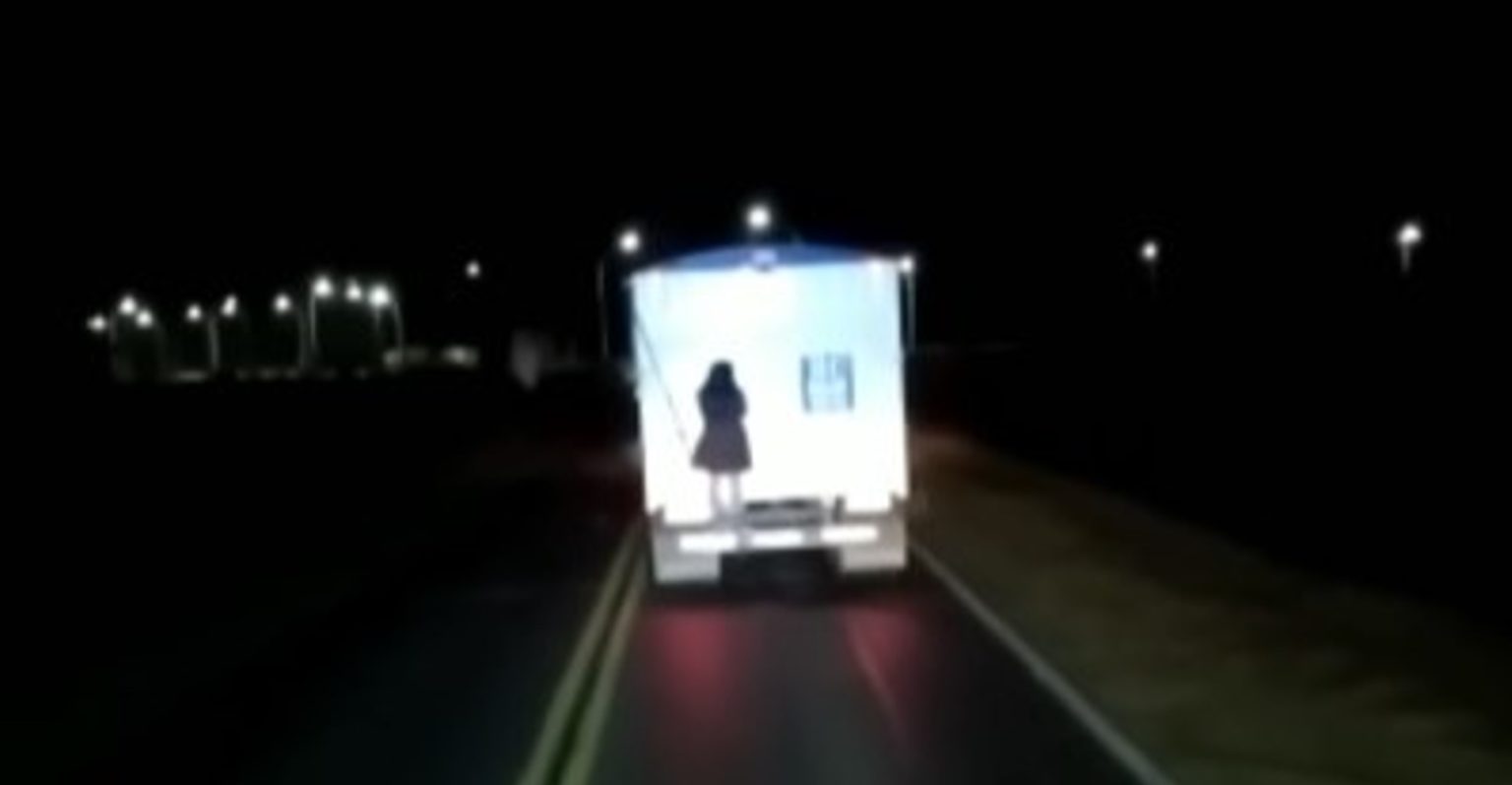 Taken from video of the incident.
Nerd Culture

Trucker Films Ghost Hanging From Back of Friend’s Rig

You might think truckers would be more susceptible to seeing things after working and driving for what seems like forever. Talk to anyone in that industry, and you’ll find that sometimes they see some weird stuff on the side of the road. Cryptids, ghosts, and UFOs are all in the realm of possibilities. But this latest incident had a couple of truckers scared enough to postpone sleeping.

While heading a convoy in the middle of the night through Argentina’s Cordoba Province, the lead trucker thought he saw a woman at the side of the road. After checking his mirrors and looking around, she had all but disappeared. He radioed the rest of his crew to get confirmation of what he saw, and was scared after what they replied with. They messaged him a video of what looks like the shadow of a woman hanging off the back of his truck, but just as soon as they saw her, she disappeared.

“I didn’t believe in these things until it happened to me” Jorge, the driver from Jesús María, said. The video was filmed at about 3am. The driver behind Jorge saw the girl “jump” from the back of the truck onto the train tracks, and disappear. The video cuts off before then.

“When we cross the train tracks, the girl jumps and doesn’t see her anymore. There the video cuts off. He must have been more scared than me,” Jorge told Canal Coop. The drivers decided to drive another 80 miles to put some ample distance between themselves and whatever it was they caught on video.

Ghost or shadow, you be the judge.