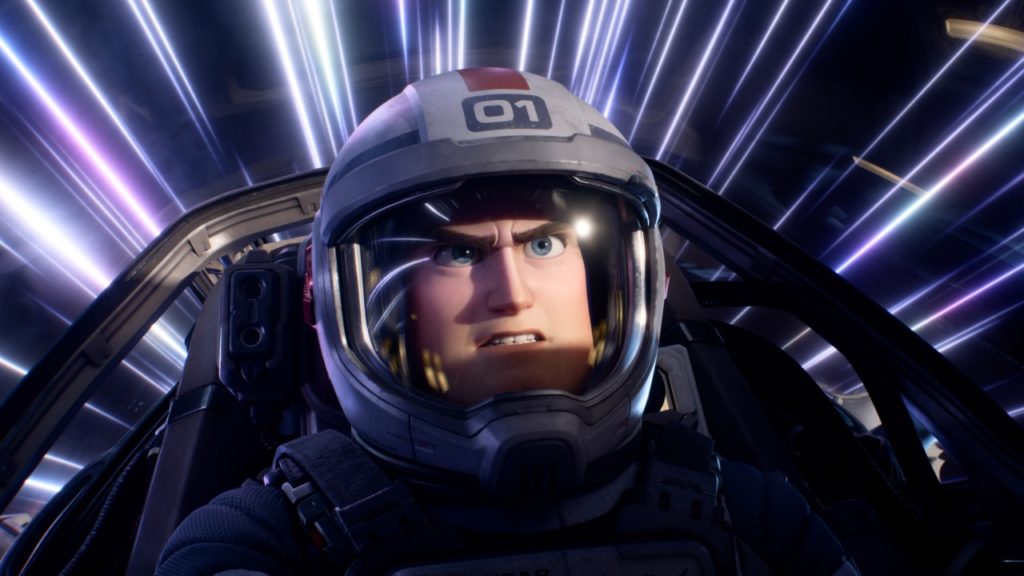 Disney Pixar’s newest outing “Lightyear” is not doing as well as expected in theaters. This could be for a number of reasons. Maybe filmgoers are doing other things- it is summer, after all. But, while looking at recent box office reports, we know that’s not the reason. “Jurassic World: Dominion,” which released on June 10th, is holding steady at the top of the food chain, with “Top Gun: Maverick” right behind. “Lightyear” though…is sitting at half its expected opening weekend take.

Yes, this is one of the lowest openings for a house of mouse tentpole film. Considering the A-list star voicing Star Command Space Ranger Buzz Lightyear, this is surprising. Sure, Chris Evans *is not* the original voice of Buzz, Tim Allen, but he’s freaking Captain America! And this film is not a “Toy Story” tale.

As the film opens, it explains. Andy, human child at the core of “Toy Story,” saw a movie in 1994. The movie became his favorite, hence his favorite new toy would come from it as well. “Lightyear” is that movie, and Buzz the signature toy.

Steeped deep in space and science fiction, “Lightyear” handles pretty big concepts like faster than light travel, as well as the time dilation that might happen. Think “Interstellar,” but as a cartoon. There is action, adventure, math, science, and a robot cat. Of course Sox was probably included only to sell toys, but, he’s pretty delightful, not gonna lie.

For a NASA space nut like myself, the inclusion of details on the suits and ships are awesome. These visuals are absolutely a reason to see it in the theater. There’s some great sound design, too. (A score by Michael Giacchino doesn’t hurt either.)

So why, with these things going for it, isn’t “Lightyear” at the top of the box office? In the most simple of terms, because of a lesbian relationship. And not just a ‘relationship’- an interracial, same-sex married couple, shown in phases of courtship, marriage, family, and a kiss. Early on, information about this scene was limited – it was originally included, but cut by the studio.

Producers and other creatives have assured the relationship, between Space Ranger Hawthorne and her wife Kiko, was “always there.” It’s unclear who made the call to remove the kiss, but following Disney’s mired involvement with Florida’s deplorable Don’t Say Gay bill, the choice was made to restore it.

It’s a shame so much controversy, over a same-sex relationship (and kiss), may have effected audience attendance. While monumental in the world of top-studio animation, without negating it’s importance, the same-sex kiss is such a small moment. The relationship portrayed is beautiful and loving, but very, very shortly shown. If your hesitance with seeing an otherwise enjoyable film is this one thing- the problem isn’t the kiss.

“Lightyear” is currently in theaters now. We highly suggest seeing it.