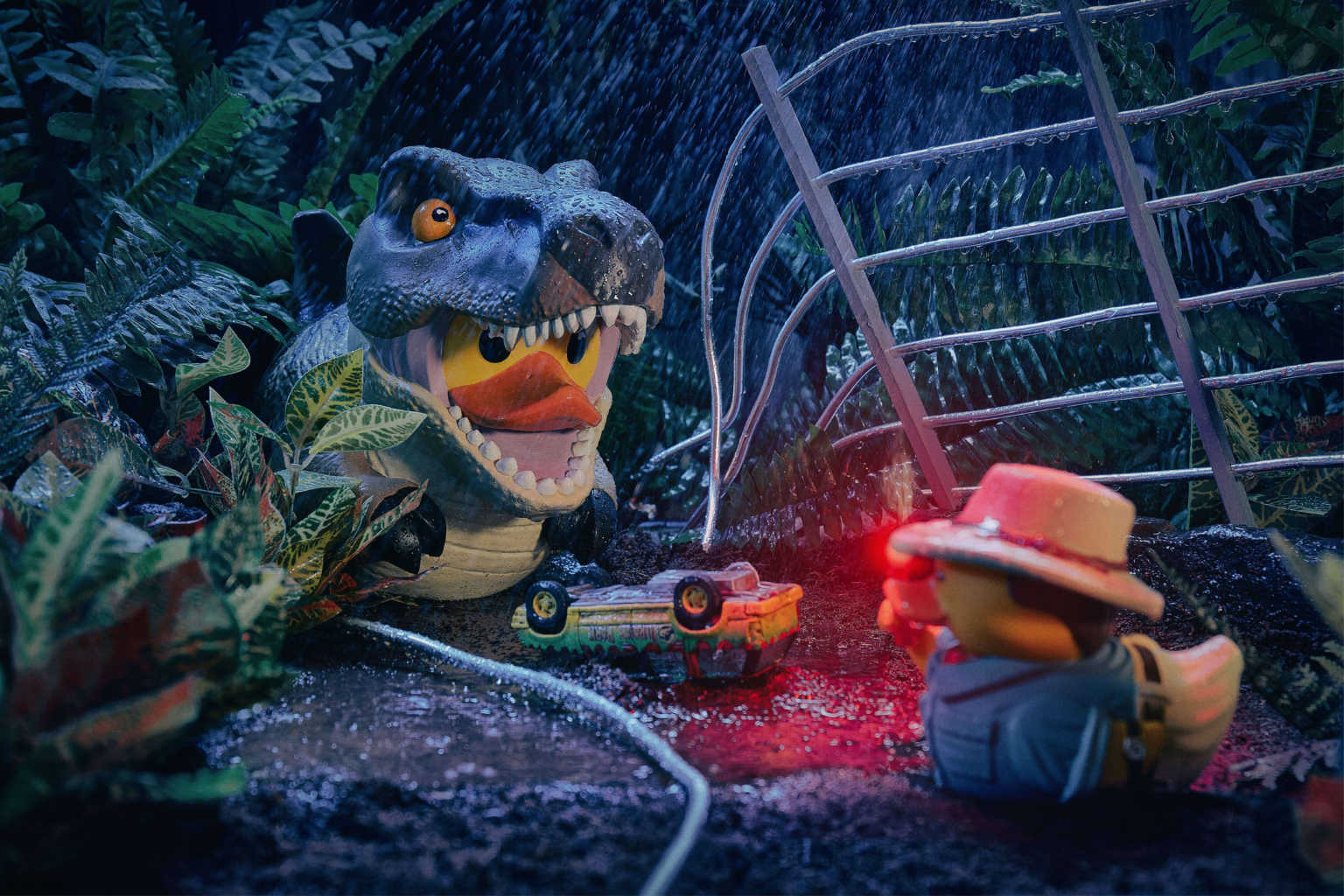 Tubbz has announced a new addition to their cosplaying ducks line. To go along with all of the “Jurassic Park” characters they already have they’re now adding a 9″ T-Rex. Now you can set them up and truly act out scenes from the film.

There is literally nothing in the TUBBZ range as big as the new T. Rex. All those ducks in the pond are about to get the scare of their lives. She’s one of a kind, 226.5mm high and 178mm wide (150% bigger than other TUBBZ that are a mere 9cm high). Let’s hope she doesn’t escape from the pond and wreak havoc. T. rex is a MUST for collectors. She’s a limited edition and comes in special packaging. Only 1000 of these roaming the park, order before they become extinct!

There are three new characters joining her, (along with Dennis Nedry and John Hammond launched last year). These are also a limited edition with only 3000 of each being available, when they’re gone, they’re gone!

Dr. Ellie Sattler: ready for her dig. Wearing her leather belt holding the radio and headphones on, she’s in for a surprise!

Dr. Ian Malcolm: no mistaking that hair and he can only be wearing his black leather jacket and watch of course.

Dr. Alan Grant: the paleontologist is on the lookout! Hat and bandana firmly in place, he is set to cause a distraction with his flare.