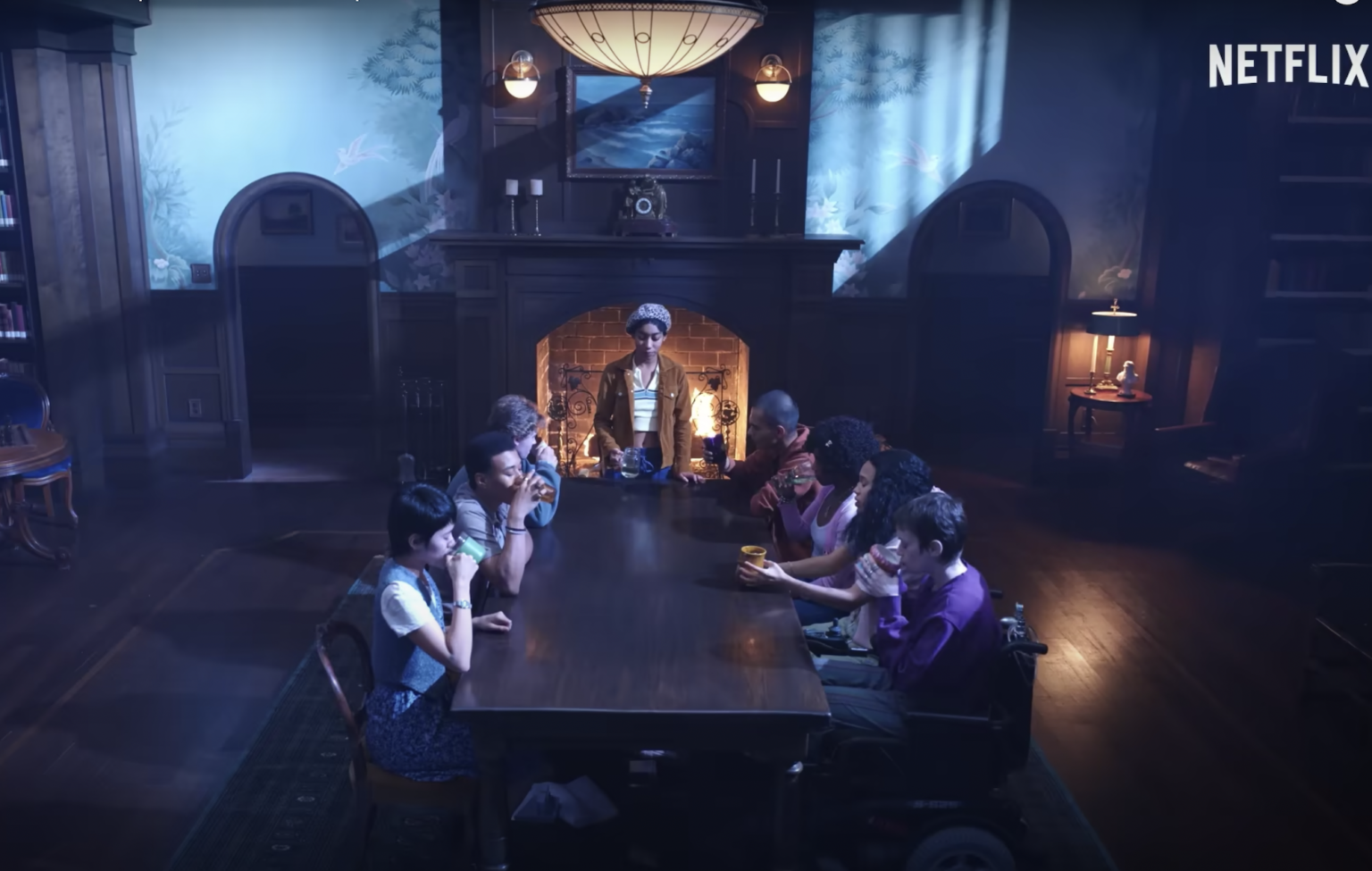 Pike’s book centers around Rotterham Home, which is a hospice for young people. Every night at midnight, a group of 5 residents called the Midnight Club come together to take turns telling stories. Some of these stories are true, some are made up, and some fall somewhere in between the two. Eventually these stories lead them to make a pact- the first one who dies is to make every effort to contact the others from beyond the grave. When one of them does pass away, the story really begins.

The members of the Midnight Club will be played by Adia, Igby Rigney (“Midnight Mass”), Ruth Codd, William Chris Sumpter (“Power”), Aya Furukawa (“The Baby-Sitters Club”), Annarah Shephard  (“Midnight Mass”), and Sauriyan Sapkota. So it does seem like they are adding a few more members than the book.

The teaser has various members of the cast reading different parts of a poem. But when strung together it says “To those before. To those after. To those near. And to those beyond. Seen or unseen. Here but not here.” Which certainly sounds like they intend to keep a similar plot line to the book.