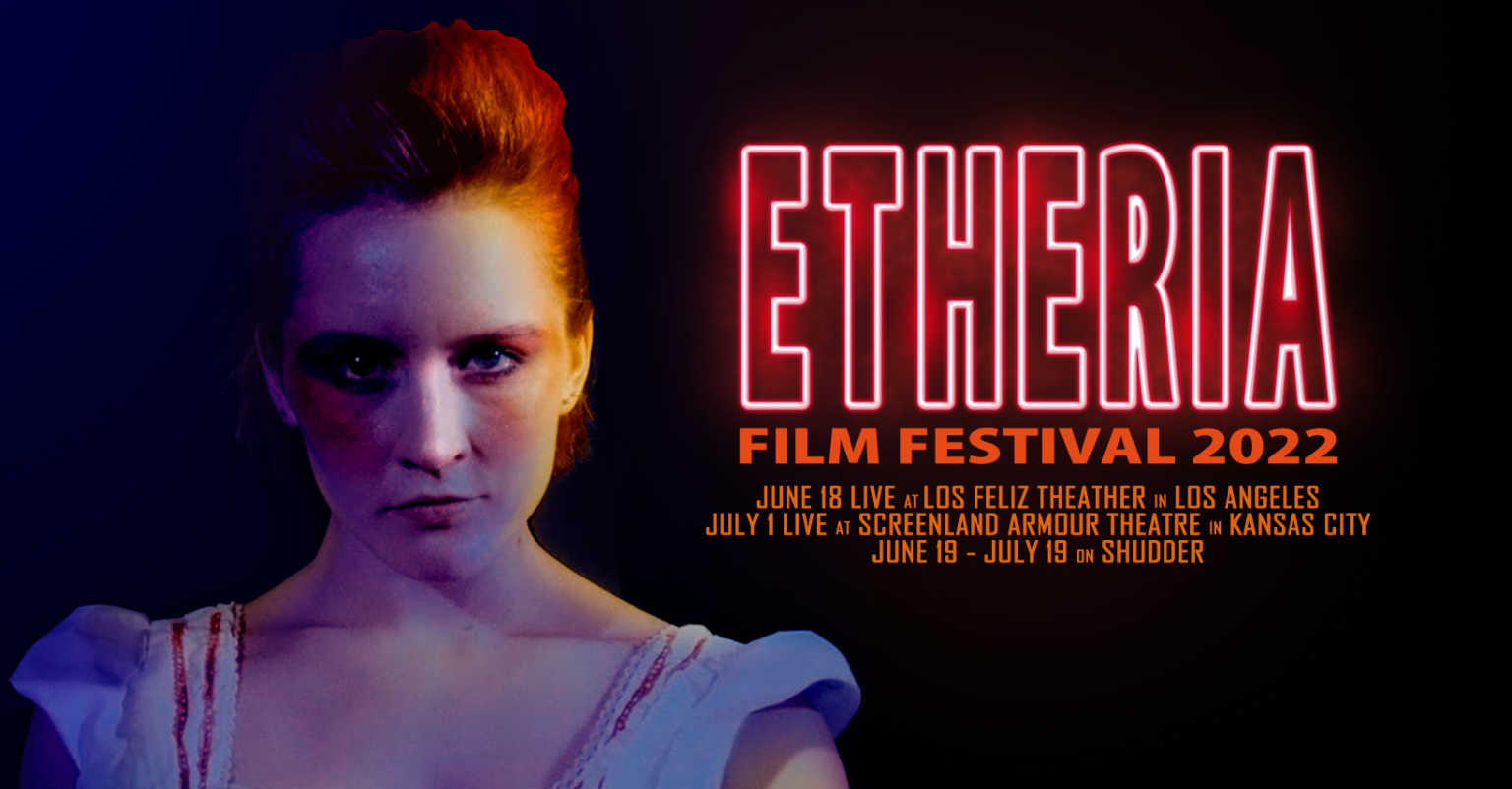 Founded in 2014, Etheria Film Night has become the world’s most respected showcase of horror, science fiction, fantasy, action, thriller, and dark comedy films directed by women. The 2022 festival has announced their lineup of short film offerings.

American Cinematheque, a non-profit organization that supports all forms of films, will host the 2022 festival. “Etheria puts the women directors who want to make genre films and TV in front of the people who want to hire them,” the festival boasts.

If you want to see the 2022 Etheria Film Festival in person, you can do so at the Los Feliz Theater, June 18th, 2022. Get your tickets here. The titles will also once again stream on Shudder.

“This Is Our Home“

A short American horror film directed by A.K. Espada. When a bleeding-heart vegan and her pragmatic roommate’s rodent infestation intensifies, they find themselves at odds regarding methods that are inhumane yet effective.

A short American horror film directed by Annalise Lockhart. A Black family in rural Vermont attempts to live a life of solitude and cope with the ghosts living on their property.

A short thriller/horror film from Spain directed by Lucía Forner Segarra. After surviving a late-night attack, Dana embarks on a mission of vengeance and violence that will change her forever.

A short Canadian horror film directed by Deanna Milligan. At an art school in the 1990s, a young outsider embarks on a morbid quest for pure self-expression when she creates a self-portrait for her classmates that reveals her enchantment with the grotesque.

A short Canadian Science Fiction film directed by Camille Hollett-French. Jade considers FREYA (her Federally Regulated Enquiry and Yield Assistant) a friend, but when a one-night stand doesn’t go as planned, Jade is forced to question FREYA and the system she represents.

A short Australian Horror/Fantasy film directed by Millicent Malcolm. When a skeptical teenage girl inherits a mysterious heirloom, she must decide whether to use it to protect herself from her destructive Mother.

A short Science Fiction film directed by Mercedes Bryce Morgan. Based on a real Craigslist post of the same name, the film follows the story of Brian—an out-of-work, loveless loser who happens upon a job posting by an engineer looking for someone to sleep with a prototype sex robot.