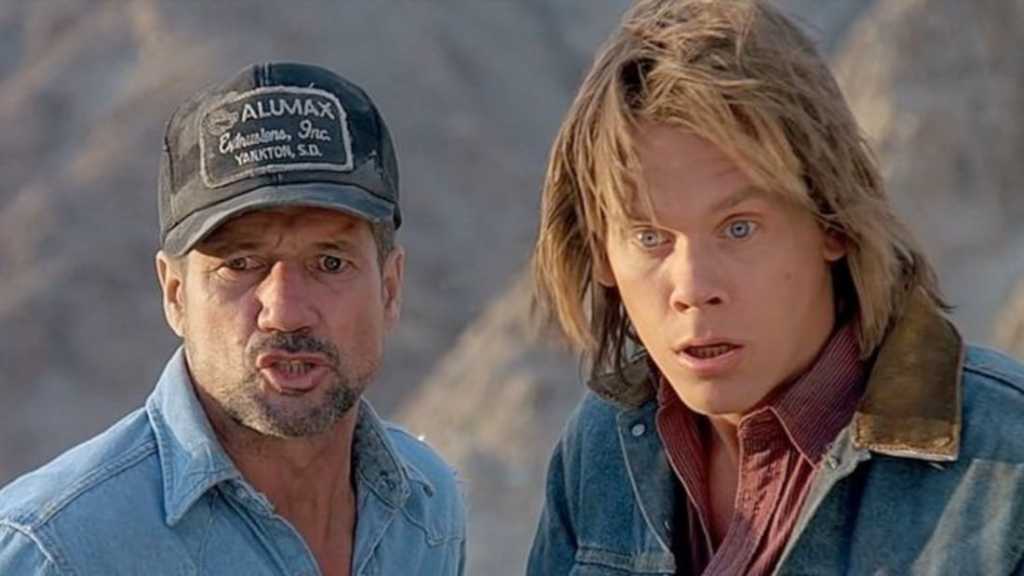 5 Great Fred Ward Performances and Where to Find Them

It is with a heavy heart that we had to write about the passing of Fred Ward. One of the most prolific actors working in Hollywood with a career spanning over 40 years and over 80 appearances onscreen. Ward may not have been a leading man in many of his films, but regardless of whether or not you recognize the name, you absolutely recognize the face and presence. Ward had a knack bringing a gravitas and seriousness to just about every role, but was always able to somehow translate that into expert comedic timing. His filmography is as varied as it is long, ranging from just about everything under the sun. From military dramas like “The Right Stuff” to horror comedy like “Tremors,” to irreverent college humor flicks like “Road Trip.”

There are so many to choose from, and many, many Fred Ward films I seem to have missed over the decades of his career. Given his recent passing, I think I’ll spend the weekend revisiting some of his work, and experiencing some of it for the first time. Luckily for us, Ward leaves behind a long, prolific career with something for every single movie goer. Thank you, Fred. You will be missed.

Needless to say, Ward was no stranger to just about anything film had to offer, and could never be accused of phoning it in. He leaves behind a memorable career that should absolutely be celebrated. So here is just a fraction of some memorable Fred Ward films you should check out, and where to find them.

Not only is it one of Clint Eastwood’s most notable performances, but it also features one of Ward’s as well. It was actually Ward’s first major role in American cinema, and only his 6th acting gig ever. Fun fact: “Escape From Alcatraz” features Danny Glover’s film debut. Ward plays John Anglin, one of the escapees who participated in what is widely regarded as the most daring and mysterious prison escape attempted and possibly succeeded, especially touted as being from a prison said to inescapable. The film is fantastic, a critically acclaimed triumph that still stands the test of time and introduces the world to talents of Ward.

Talk about a murderers row of stellar actors in the ensemble of “The Right Stuff.” Yet another critically acclaimed film, it stars Ed Harris, Scott Glen, Dennis Quaid, Sam Shepard and of course Fred Ward. It was a box office bomb at the time of its release, but went on to be nominated for 8 Academy Awards that year (winning 4) and was eventually preserved in the Library of Congress for being culturally and historically relevant. If you’re into epic historical dramas, you can’t get better than “The Right Stuff.” Ward holds his own against some powerhouses, proving once again how good he is and how well he can hang with the best of them.

Not only is “Tremors” the pinnacle of classic creature feature horror comedies, but it is one of my personal favorites that I am incapable of removing my nostalgia goggles for. It also allows Ward to play alongside Kevin Bacon in a starring role, as the two’s buddy cop relationship propels the movie from weird creature horror to genuinely funny. It showcases the comedic timing of Ward as he consistently and expertly plays off the frantic works of Bacon. “Tremors” is just a damn good movie, one you probably watch all the time but now will watch more to remember how damn funny Ward showed he could be.

One of the best Hollywood satires, “The Player” is yet another critically acclaimed film (98% on Rotten Tomatoes) with absolute banger of a cast. Because it is a Hollywood satire, the film manages to include over 65 celebrity cameos, with a cast that includes Tim Robbins, Fred Ward, Whoopi Goldberg, Peter Gallagher, Gina Gershon and Vincent D’Onofrio. Ward’s career is packed full with all star casts like this, and “The Player” is one you may not have heard of but you should definitely check out. Ward is truly fantastic in it, and the film ranks as one of the better Hollywood satires, giving you enough insider jokes without ever feeling mean spirited.

Ok, so there’s like a million other films that would probably be a better representation of Ward’s work, but the truth is “2 Guns” is better than it ever should be and while Ward only makes a brief appearance, it’s worth being included on the list. This was towards the latter part of his career, as he stepped away from acting 2 years later in 2015. But even in a small role, Ward once again makes his presence felt. He easily bounces off Mark Wahlberg and and Denzel Washington, asserting his military background with authority and command. I know “2 Guns” sounds and feels extremely skippable, but it is truthfully a fun action comedy that features solid performances all around, including Fred Ward.