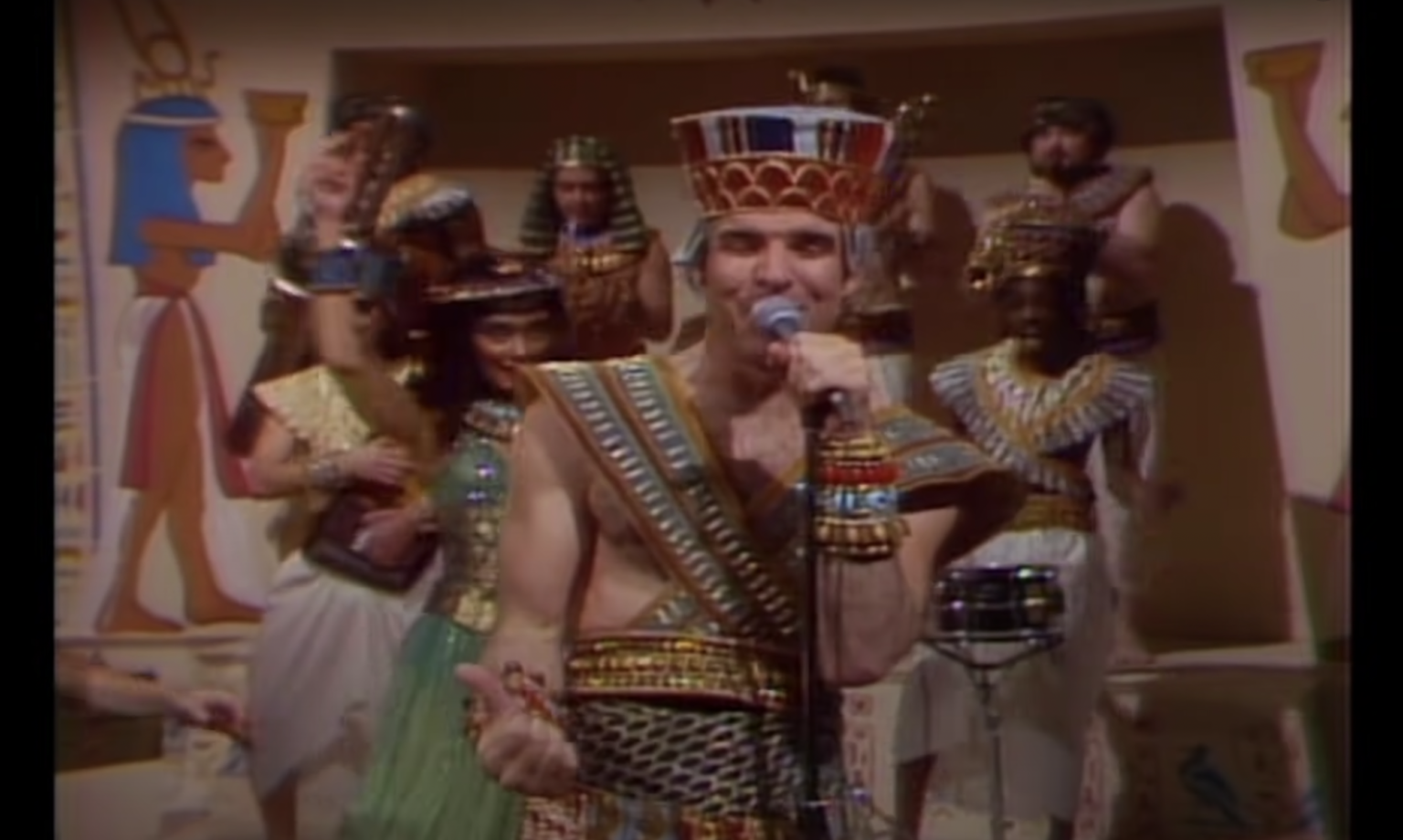 A classic “Saturday Night Live” sketch featuring Steve Martin has begun to recirculate on Twitter. This happens- someone discovers a piece of comedy for the first time and it gets traction. But this time, there is a ‘controversy’ (real or imagined, you be the judge) surrounding it. Some Twitter users were alleging the sketch, a true product of the 70s, was culturally inappropriate. But, this could maybe be chalked up to the version of the sketch circulating.

Namely, the missing monologue that comes before the sketch (scroll down for the entire video).

This lack of context led to some confusion about why this 1978 sketch existed in the first place. In the 28 second intro, Martin explains that a King Tut art exhibit was currently touring the nation. He jokes that the national obsession it caused is cheapening the cultural significance. This bit of context is intended to make it clear that the song is a potshot at over branding.

The discourse over the sketch caused Martin to trend on Twitter, and elicited cries for his cancellation. “I find the current discourse about Steve Martin’s King Tut sing a perfect example of why ‘you couldn’t do X today’ to be a worthless point,” one person pointed out. “You couldn’t do King Tut today, but it not because it’s distasteful, it’s because the cultural significance of King Tut is much less now.”

It’s very much a you had to be there joke. It makes perfect sense that a bunch of Millennials and Gen Z’ers aren’t going to remember a national touring exhibit that happened before they were born. The introduction monologue provides the context about the cultural obsession.

Even with this context, some still feel this sketch is racist and offensive. Some are claiming cultural appropriation due to the exaggerated style of dress and dance moves.
While this is an important conversation to have, it seems to have digressed into a generational debate over what is and isn’t funny.