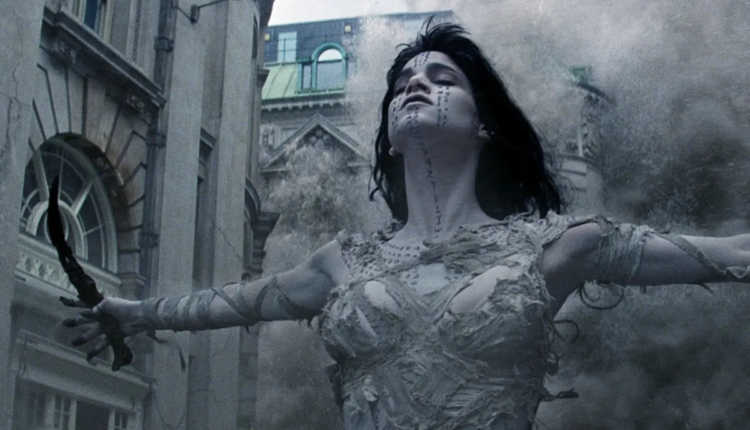 Alex Kurtzman Reflects on his Biggest Failure- “The Mummy” (2017)

There are various types of screenwriters and directors in Hollywood. Among the most interesting are those who get high profile projects despite a mixed resume. For example, let’s look at Alex Kurtzman, who brought us “The Amazing Spider-Man 2,” “Transformers: Revenge of the Fallen,” running Paramount+’s “Star Trek” empire, and the recent tvnadaptation of “The Man Who Fell to Earth.”

If you forgot about Tom Cruise‘s attempt to kick-off Universal’s Dark Universe as it was called, it’s hard to blame you. “The Mummy” significantly underperformed critically and commercially, and side-lined the potential extended universe for years. You might think that director and co-writer Kurtzman might also want to forget about it, but his perspective is a bit different on it.

Kurtzman recently appeared on the Bingeworthy podcast to discuss his career leading up to the Showtime series “The Man who Fell to Earth.” When it came to discussing “The Mummy,” the director stated the film was “probably the biggest failure of my life.” Which is honestly saying something considering this is the man who also co-wrote 2005’s “The Island.”

“I tend to subscribe to the point of view that you learn nothing from your successes, and you learn everything from your failures,” Kurtzman said. “And that was probably the biggest failure of my life, both personally and professionally. There’s about a million things I regret about it, but it also gave me so many gifts that are inexpressibly beautiful. I didn’t become a director until I made that movie, and it wasn’t because it was well-directed — it was because it wasn’t.”

Not only did that movie flop, but it also prompted a lawsuit against DreamWorks as the film was accused of ripping off the plot from infamous B-movie (and MST3K fan favorite) “Parts: The Clonus Horror.” The suit was later settled out of court for an undisclosed sum.

Kurtzman instead tries to look at “The Mummy” as the film that made him a director, because of the lessons he learned from it. It was a situation where there were too many cooks in in the kitchen- which is a likely considering the film’s multiple co-writers, the executives at Universal and Cruise himself, based on some reports. Combine this with the fact that Kurtzman was not a proven director by any means. His directorial debut, “People Like Us,” flopped hard, and his only other experience was in directing television shows “Fringe” and “Alias” at the time.

To his credit though, Alex Kurtzman has also been one of the creative forces behind the recent “Star Trek” revival, starting with co-writing the 2009 JJ Abrams reboot film and its sequel. He’s also gone on to write for “Star Trek: Discovery” and “Star Trek: Picard,” and is currently the head of all things Trek for Paramount+.

While this doesn’t necessarily mean that “The Man Who Fell to Earth” is a make or break project for him, it’s certainly something that Kurtzman needs to break out of his current film trajectory.