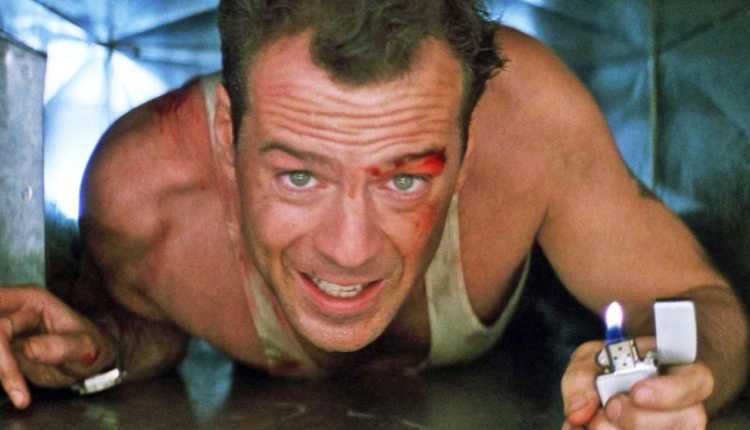 Razzie Awards Double Down on Tastelessness Towards Bruce Willis

All of us at Nerdbot feel a sense of sorrow today as we’ve come to find out that Bruce Willis is stepping away from acting. We make it a point here not to report on baseless rumors, especially when they pertain to a person’s private life, but there had been rumblings for some time that Willis was experiencing some sort of health problems. There was speculation that one of the reasons he was taking on so many films in limited roles was to try and keep his mind and body active. This could explain why he was in seven movies in 2021, something the Razzie Awards took note of and turned into its own award category.

In hindsight, the Razzie Award for Worst Bruce Willis Performance in a 2021 Movie seems to be in fairly bad taste, especially considering that they are singling out Bruce himself. Compare this to a video that Cracked made about The 7 Horrible Movies Bruce Willis Starred In Last Year. At least they didn’t focus on Willis himself, but at the other performances, direction, cinematography, etc.. Still, out of a sense of compassion for Willis and his family, Cracked made the video unlisted today. In the community section of their YouTube page, there was also this exchange:

What did the Razzies do though? Well, they tweeted out the following:

The wording here is wrong on multiple levels. The Razzies are sorry to hear about his condition? There’s not one word insinuating that perhaps they were a bit excessive in their treatment of Bruce. What they could’ve and probably should’ve said would be something more akin to:

“Learning about Bruce Willis’ diagnosis today puts our treatment of him during the Razzie Awards in a very different light. The Razzies are supposed to be light-hearted, but there’s nothing light about cognitive issues and aphasia. We’re sorry for any hurt we caused you and your loved ones. Bruce, you’ve given us a number of wonderful films to enjoy, and we want to put the focus on them as you step away from acting. Thank you for so many wonderful cinematic moments. Our best wishes go to you and your family.”

Obviously they didn’t do that, but hey, Razzies, if any of you are reading this, you can use my above wording verbatim. I’m giving it to you to use since apparently you either don’t have, or can’t find the decency to say something compassionate yourself. Instead you say, ‘perhaps that’s why he wanted to go out with a bang in 2021.’ Suddenly you’re making it sound like you’re celebrating what he did after you spent so much time demeaning it. “Go out with a bang?” You raked him over the coals enough to create an insulting category for him. Not to mention, for a group of people that’s supposed to be in-touch with the film industry, how did you not know about the rumors surrounding his health?

That’s the problem though, isn’t it? The Razzies are not really in touch with the industry. We already pointed that out in another piece we did about how fundamentally flawed the Razzie Awards are. It’s not about satire or critiquing film, it’s about dogpiling on something just to draw attention to the award ceremony itself.

That’s why they relished in Adam Sandler‘s “Jack and Jill” sweeping the awards back in 2012. That’s why they made a separate category for Bruce Willis this year. That’s why Jeanna de Waal inexplicably won Worst Actress for “Diana The Musical“ when by any objective measure, Megan Fox and Ruby Rose were far worse with the material they were given. “Diana” was just an easier target.

As our own Derrick Murray so wonderfully put it:

This has caused the Razzies to become mean-spirited and downright nasty. More often than not out of touch with just about everything that came out in a given year. The Razzies are no longer highlighting generally bad performances or bad movies, but going out of their way to attack films and people they simply don’t like. It is no longer a satire of awards shows.

The “this” that Derrick is referring to in the above quote is the evolving medium of film criticism in a digital age. The Razzies have become nothing more than the equivalent of a half-baked YouTube channel going through the worst films of a given year with no sense of levity or joy; only disdain. Then again, this is an organization that gave Shelley Duvall a nomination for Worst Actress in “The Shining,” so it’s not like this is just a recent post-YouTube phenomenon.

The more you know about the film industry, the more you know about the possibility for things to go terribly wrong on a film that’s beyond the control of the individual. An actor can be given poor direction, a director can be given a terrible script, a script can be terribly rewritten, a studio can make demands that a director can’t override; or in this case, an actor can have underlying health problems that they’re pushing through. Given the circumstances, are these Bruce Willis roles actually bad performances from someone phoning it in, or surprisingly strong performances from someone with a serious health condition?

Part of being a good critic is to know when you get something wrong. Sometimes you might watch something and tear it apart, only to rewatch it later and find something you completely missed out on that changes the way you view things. The opposite can happen as well, you can initially love something only to go back and realize that it doesn’t hold up nearly as well as you thought. Dramatic moments can later seem corny, seemingly deep symbolism can turn out to be shallow associations, and jokes that we once found funny can later seem tasteless. There is no shame in admitting that; it makes you a better critic and maybe it would make the Razzies a better award ceremony.

I mentioned the video from Cracked earlier and how it looked at the slate of 2021 Bruce Willis movies as a whole, not just at him as an actor. The reason that video worked is because it understood the mechanism behind it all; that there exists a world of shoddily made, direct-to-video films, that will try to capitalize on anything they can to churn a profit. It’s the whole absurdity of that segment of filmmaking that is worth poking fun at, not aiming it all at one person.

Cracked didn’t have to make their video unlisted, but given what Bruce Willis is going through, some of the jokes just don’t land as well as they should. Why the Razzies don’t recognize this is beyond me. It’s just more evidence that they’re a shallow husk of an award ceremony that knows as much about film as they do about common decency. Once again, we at Nerdbot wish Bruce Willis and his family the best, and we only wish we had the strength to push through health issues enough to be in seven films in one year.